Eye for Errors: Test your skills at editorial triage 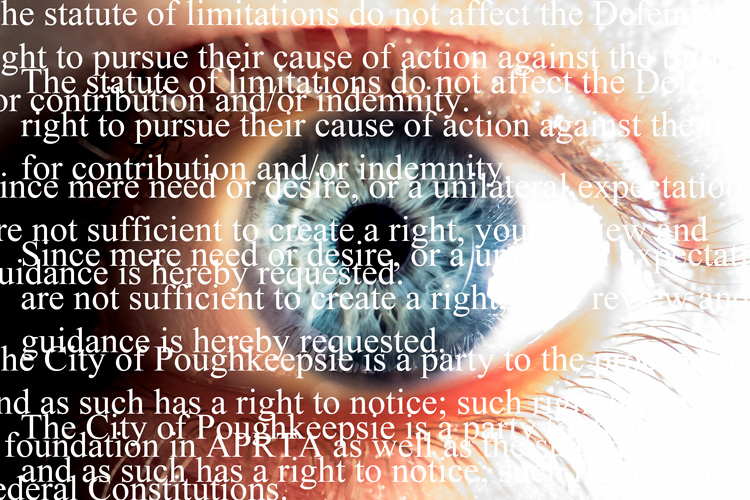 Every editor must engage in triage: sorting the most urgently needed edits from minor ones that, although desirable, aren’t absolutely necessary. If instead you treat all edits as if they were equally serious—covering the page in red ink—the writer may feel hopelessly inundated and just reject them all.

If you approach editing sensibly, the extensiveness of your edits to someone else’s work will also depend on your seniority (will your marks be taken as orders?), your skill (do you really know what you’re doing?), and your judgment about how amenable your colleagues will be to your changes (are they secure enough to understand that editing is an act of friendship?).

For now, let’s assume that you’re a junior person in the office. Your colleagues have middling writing skills, but they don’t understand the finer points of style. In short, you’re in a very typical situation here. You’ve been asked to review three briefs before they get filed tomorrow, and your seniors want you to be sure that there aren’t any typos or similar gaffes. Assume that they’re addicted to prior to (for before) and pursuant to (for under), and they won’t take kindly to your editing for mere questions of style.

Give these briefs a minimalist edit—confining yourself to outright errors. In each sentence that follows, find one or more glaring errors and one or more venial errors. The glaring errors (wrong word, poor grammar, misspelling, etc.) must be fixed: They would be regarded as blunders by any informed reader. The venial errors (a finer point of punctuation or word choice) might slide: They won’t tarnish the firm’s image too much because they’re so common. Purely discretionary matters of improvable style (passive voice, wordiness, legalese, etc.) are off-limits here.

See whether you can spot the glaring errors and the venial errors in the sentences that follow. Circle the errors and mark them G for glaring or V for venial. Find the answers on the next page.

Fun, wasn’t it? I cut the quiz short, knowing that you probably spend much of your day consuming such fare. But you can see how important an eagle-eyed editor is for identifying and fixing errors in any draft.

Below are the answers keyed to three authorities on grammar and usage. But let me urge you to review your work one more time before glancing over the answers. Six of the professional legal editors at LawProse Inc. have agreed on what qualifies as a glaring error as opposed to a venial error. We hope you’re in step.

3. Glaring: The semicolon is wrong. The language after it amounts to a subordinate clause. Either change the semicolon to a comma or change having to has to make an independent clause. CMS at 325; RB at 213. Venial: (1) For parallelism, most editors would want to add in after as well as. CMS at 213; GMEU at 670-71; RB at 211, 214. (2) Constitutions probably shouldn’t be capitalized. RB at 61.

8. Glaring: (1) There’s a problem in grammatical parallelism: of could be moved after validity, or another of could be added after also. CMS at 259-60; GMEU at 670-71; RB at 214. (2) not only can take as its completer either but also or but … as well, but it can’t take both without serious redundancy. CMS at 255; GMEU at 634; RB at 214. Venial: No venial “errors,” but the sentence could be tightened: The prosecution must show the validity of both the confession and the arrest.

In print and initial online versions of “An Eye for Errors,” October, answer No. 6 omits a word. The third line should read: Perhaps make it Although there is no California authority … .


Bryan A. Garner, the president of LawProse Inc., is editor-in-chief of Black’s Law Dictionary. His most recent book is Guidelines for Drafting and Editing Legislation. Follow on Twitter @bryanagarner.

This article appeared in the October 2017 issue of the ABA Journal with the headline “An Eye for Errors: Test your skills at editorial triage with 10 sentences"