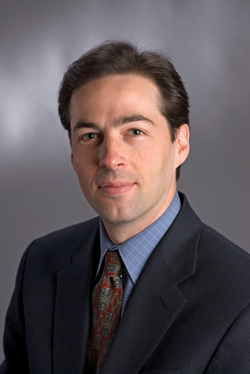 As the ABA Commission on Ethics 20/20 approaches its target date for submitting its recommendations to the association’s House of Delegates, the nature of the draft proposals it is circulating for comment has begun to change. The commission was created in 2009 to consider the impact of technology and globalization on professional conduct rules for lawyers who practice in the United States. Earlier this year, the commission started issuing draft proposals to revise ethics measures developed by the ABA, particularly the Model Rules of Professional Conduct.

But now, with less than a year left until the commission brings its final recommendations to the House, the proposals have begun to reach the fine-tuning stage.

That is apparent from the draft proposals the commission posted on its webpage during September. Each of the postings was a revision of drafts previously issued by the commission. Though the revised drafts pinpointed specific issues or clarified language, none raised major issues that weren’t already in the earlier versions.

But the latest drafts still aren’t the final versions that the commission will submit in May for the House to consider in August during the association’s 2012 annual meeting in Chicago, and the commission continues to emphasize its desire for outside feedback. (Comments on the drafts may be submitted by Nov. 30 to Natalia Vera, the commission’s senior research paralegal, at [email protected].)

On Sept. 8, the commission issued revised draft proposals that largely focus on how ethics rules should be amended to make it easier for lawyers in the United States to engage in cross-border practice.

“Clients increasingly demand and expect that their lawyers will be able to handle legal matters that cross jurisdictional lines,” said Andrew M. Perlman, the commission’s chief reporter and a professor at Suffolk University Law School in Boston. “The commission’s proposals, if adopted, would give lawyers more freedom to satisfy these marketplace demands, while ensuring that lawyers do so competently and in a manner that is consistent with the profession’s core values.”

A STEP IN THE MJP DIRECTION

Essentially, the Ethics 20/20 Commission is picking up where the Commission on Multijurisdictional Practice left off in 2002, when the House adopted a series of its recommendations. Those measures, largely incorporated into the Model Rules, constituted the first steps toward allowing lawyers to practice, at least temporarily, in jurisdictions in which they are not licensed, and to seek admission by motion in a state without taking its bar exam. They also identified circumstances under which foreign lawyers may practice temporarily in the United States. Many of these provisions have been widely adopted at the state level.

“The Ethics 20/20 Commission concluded that it is not necessary to revamp the basic framework that the MJP Commission created because that framework has worked quite well for lawyers, clients and the public,” said Perlman. “Nevertheless, the commission concluded that clients and the public would benefit if lawyers had somewhat more freedom to handle the increasing number of legal matters that implicate multiple jurisdictions.”

On Sept. 19, the commission posted revised draft proposals relating to the confidentiality of information stored electronically; generating client leads by outside Internet services; and a client’s use of multiple law firms to perform discrete tasks relating to the same matter.

As of early October, the commission was planning to issue only one more draft recommendation, but the topic—alternative business structures for law firms—is likely to get plenty of attention.

Perlman said the commission is leaning toward proposing that nonlawyers be permitted to have very limited ownership interests in law firms. “The possible proposal is similar to what has existed in the District of Columbia for more than 20 years,” he said, “but the commission’s version will contain several additional restrictions to ensure lawyer control and client protection.”