Are you a lawyer with public speaking anxiety? You are not alone 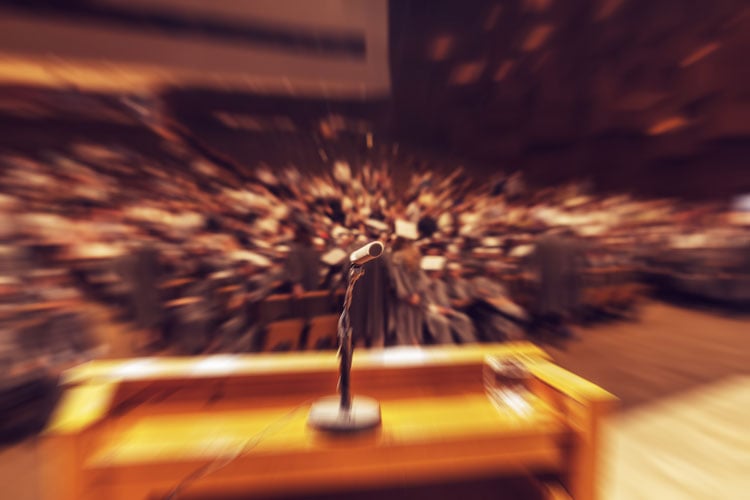 While researching fear in lawyering, I read Mastering Fear, a book by former Navy SEAL Brandon Webb. In the book, he describes his friend Neil Amonson, an Air Force combat controller, pilot, skydiver and BASE (building, antenna, span and earth) jumper. Amonson is afraid of heights. Reading about Amonson, I had a knee-jerk response: How can a warrior who jumps out of planes be afraid of heights? And then I realized my reaction mirrors the stereotypical question posed to many lawyers who are afraid of public speaking. How can you be a lawyer if you’re afraid of public speaking?

I was a litigator for 20 years, and I was chronically terrified of public speaking. I felt ill before every combative negotiation, deposition and courtroom experience. There wasn’t anyone to talk to about my fear. If I expressed hesitation toward a performance-oriented activity, the motivational response often was, “Just toughen up. Grow a thicker skin.” For years, I bought into the notion that I was a fraud, an impostor. How could I be a litigator or even any type of decent lawyer if the performance aspects of my job pressed me into such depths of anxiety? It wasn’t until I started studying introversion, shyness and social anxiety in the legal context that I realized that all the advice I had absorbed from perhaps well-intentioned mentors and naturally confident orators over the years just doesn’t work. At least it didn’t for me. 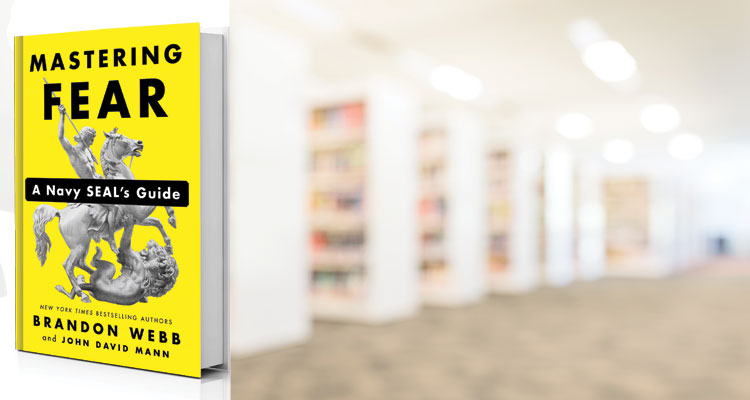 For years, I had heard mantras such as, “Just practice! Preparation eliminates public speaking anxiety!” Or, “Just do it! Everyone is nervous. If you’re not nervous, it means you don’t care enough.” Or the worst one: “Fake it till you make it!” I tried faking it, mirroring others’ behavior, forcing extroversion, overpreparing, overpracticing, for years. None of that worked to diminish destructive fear. What did work was stopping to look at who I am as an individual, digging into the reality of what drives my fear of public speaking and adopting new mental and physical strategies for stepping into performance events authentically.

For me, no amount of substantive and procedural preparation, rote rehearsal or mustered-up bravado was ever going to work until I directly dealt with the roots of my anxiety: fear of judgment and criticism. Ignoring our negative mental soundtrack and automatic physical responses to stress doesn’t help us learn how to manage those tangible foes in a constructive way. I trudged forward pretending I knew what I was doing. I didn’t.

Lawyers with extreme public speaking anxiety should never feel, or be made to feel, like they are in the wrong profession or need to do something else with their lives. Instead, with increased self-awareness and adoption of conscious mental and physical techniques, we can empower ourselves to step into public speaking scenarios and shine. Here is what worked for me.

First, it is important to give ourselves permission to reject the soundbite messages to simply overprepare, overpractice, fake it and view our nervousness as the world’s greatest motivator. While that advice certainly might work for some folks, for others, those simplistic slogans are just not viable long-term solutions. Instead, to amplify our advocacy voices, we must invest in both mental and physical reflection and then convert our enhanced self-knowledge into conscious action.

On the mental side, it was essential for me to identify and transcribe—verbatim—the toxic soundtrack that accompanied me into every performance-related lawyering scenario, such as depositions and negotiations. The abusive self-talk was remarkable: They’re going to think you’re incompetent. You’re going to blush and turn red, and they are going to sense weakness. What in the world made you think you could be a litigator anyway? Who are you to have an opinion about the law? Nasty unhelpful stuff, every single time I stepped into a performance event. 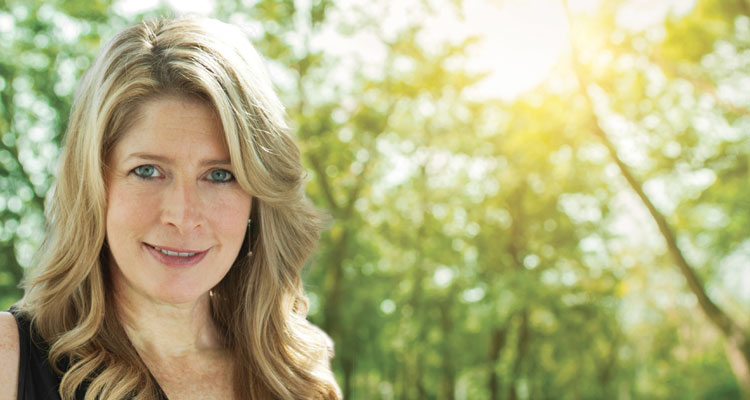 The next step is to identify the potential original sources of these messages, perhaps long-ago and even perhaps well-intentioned caregivers, coaches, teachers, mentors or authority figures. As public speaking expert and author of Speak Without Fear, Ivy Naistadt, cautions, this is not a “blame game.” We are not going to call up these folks and announce, “You ruined my life!” Rather, it’s a pivotal moment in this transformative process when we can realize that the harmful messages many of us replay in our minds today as lawyers probably came from missives we heard, interpreted and entrenched in our brains years ago. The messages are outdated and no longer relevant to our current lives in the law. It’s time to delete and overwrite them.

The next step for me was to highlight other areas in my life in which I feel and possess swagger. I feel powerful when I hop on a plane to travel to a foreign country alone. I feel strong when I put on Everlast boxing wraps and gloves and climb into the ring with a boxing trainer. Recognizing other venues in our lives in which we feel intrepid helps us reframe our approach to daunting lawyering activities. Now in performance scenarios when the usual boring and outdated mental soundtrack kicks in, I “stop, drop and roll.” I catch myself before I tumble down the self-doubt slope, channel the swagger I feel in my travels and boxing lessons and launch new accurate statements: I worked hard on this. I’m prepared. I have a substantive and procedural plan. I deserve to have a voice. I’m entitled to say this in my own way. Some people question such positive self-talk as too touchy-feely, but these statements serve an important purpose. They are a 30-second reboot to get our brains back on track and focused on the intellectual task at hand.

Physical reflection is just as important as the mental side. For years, I was oblivious to how my physical body instinctively reacted to fear-inducing lawyering scenarios. Upon reflection, I noticed I automatically folded inward, made myself small, crossed my limbs, subconsciously tried to become invisible or protect myself from a perceived threat. Worse, because of my robust blushing response, I routinely wore turtlenecks and scarves to hide my “weakness.” None of this helped my blood, oxygen or energy flow in a productive manner. Instead, I was hot, sweaty and overheated. I needed a new physical approach. I studied the pregame and warmup routines of athletes and other performers. I watched a great TED Talk by social psychologist Amy Cuddy about “power poses.” I constructed a new physical performance checklist that I now run through every time I enter a performance scenario. (I also ditched the constrictive wardrobe choices.) Initiating my new mental checklist, I stand or sit like an athlete in a balanced open stance. I breathe. I do one of Cuddy’s power poses (my favorite is sitting or standing with my arms on my hips like a superhero; trust me, no one notices). When my omnipresent nerves kick in, my legs instinctively cross, and I begin to hunch, I “stop, drop, and roll” again and notice what my body is doing. I deliberately open back up. Sometimes I have to repeat this “opening up” routine three or four times, but it works to calm down my heart rate. I channel my inner athlete and rock star. 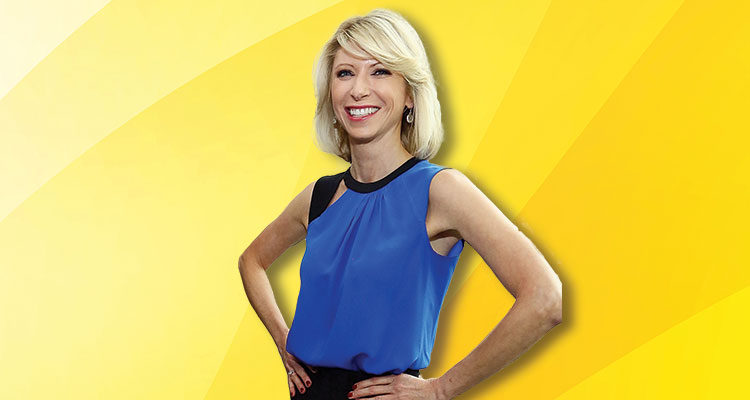 I still get nervous almost every time I’m about to give a speech on an issue I care about or make an important presentation to smart and aggressive lawyers. But instead of just trying to rely on dogged preparation, incessant rehearsal or faking my way through it—which only reinforces feelings of fraudulence—I am 100 percent myself. Yes, I still turn red and blotchy, and I sometimes get sweaty.

And no, my delivery is not always smooth. Rather than obsessing about outcomes, though, I focus on following through on and assessing whether I satisfied my “performance process” checklist as recommended by sports psychologist and author Bob Rotella. More often than not, I make deeper human connections in my public speaking engagements than I ever did when I just barreled ahead faking courage. And more importantly, I actually enjoy the aftermath.

If you’re a lawyer with public speaking anxiety, you’re not alone. Our profession needs your genuine voice, even if it quivers.

And if you’re a lawyer who knows other attorneys who are struggling with public speaking anxiety, let’s try a different tack to help them. Let’s stop promoting pretense and instead be our best authentic selves.

Heidi K. Brown is an associate professor of law and director of legal writing at Brooklyn Law School. She is the author of

This article appeared in the March 2019 issue of the ABA Journal with the headline “Face fear, don’t fake it: Are you a lawyer with public speaking anxiety? You are not alone.”