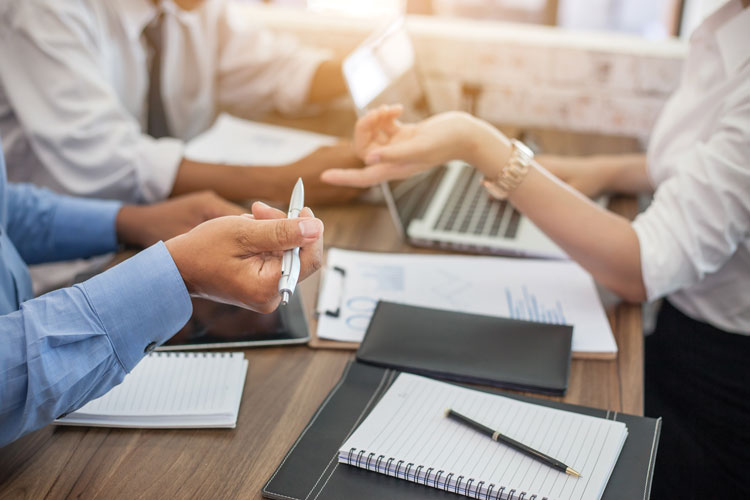 Amid criticism from Republican senators and a lack of cooperation from the Trump administration, the ABA is standing by the judicial nominee ratings produced by its Standing Committee on the Federal Judiciary.

“The American Bar Association has been impartially evaluating federal judicial nominees since 1953,” says ABA President Hilarie Bass. “During those 64 years—through both Republican and Democratic administrations—the ABA’s Standing Committee on the Federal Judiciary has thoroughly vetted thousands of nominees using a fair and nonpartisan process that no other organization can match.”

The committee’s work came under fire after some of President Donald Trump’s judicial nominees were rated “not qualified,” with Republican members of the U.S. Senate Judiciary Committee criticizing the ratings. During a nomination hearing for Leonard Steven Grasz, who received a unanimous not-qualified rating for a position on the 8th U.S. Circuit Court of Appeals at St. Louis, Sen. Orrin Hatch of Utah called the committee’s decision “ridiculous” and “political.”

But Sen. Sheldon Whitehouse, D-R.I., pushed back, pointing out that the vast majority of evaluations of Trump’s nominees had resulted in “well qualified” or “qualified” ratings. As of December, 59 evaluations had been completed, 51 of which received one of those two ratings.

“So I think it would be hard for the committee to ascribe the outcome in this case to a general partisanship of the ABA process,” Whitehouse says. “It would not be consistent with the facts.”

The current criticism is also not consistent with past praise of the committee’s work. For example, Judiciary Committee Chairman Chuck Grassley, R-Iowa, told Nancy Scott Degan, who then chaired the committee, “I would like to compliment anybody who serves on evaluating these judges at all levels” when she was testifying about the well-qualified rating Neil Gorsuch received for his nomination to the U.S. Supreme Court.

So just how does the committee operate, and what are its ratings based on?

Since President Dwight D. Eisenhower first requested the ABA’s participation in 1953, the committee has assessed judicial candidates on three metrics: professional competence, integrity and judicial temperament. In an in-depth backgrounder (PDF) on the committee’s policies, the three standards are explained:

When the committee evaluates “integrity,” it considers the nominee’s character and general reputation in the legal community, as well as the nominee’s industry and diligence.

“Professional competence” encompasses such qualities as intellectual capacity, judgment, writing and analytical abilities, knowledge of the law and breadth of professional experience.

In evaluating “judicial temperament,” the committee considers the nominee’s compassion, decisiveness, open-mindedness, courtesy, patience, freedom from bias and commitment to equal justice under the law.

The evaluation is nonpartisan; no candidate is assessed for their “philosophy, political affiliation or ideology.” The committee also never suggests or recommends judicial candidates. The committee has only three ratings: well qualified, qualified and not qualified.

However, not all presidential administrations have welcomed the ABA committee’s ratings. Since the Eisenhower administration, the norm was for the committee to complete its evaluation before the official nomination. The exception to this was during President George W. Bush’s tenure, when he chose to announce his judicial nominees before the committee had evaluated them. And on March 17, the White House alerted the ABA that President Trump had also decided not to submit his judicial candidates for evaluation before nomination. 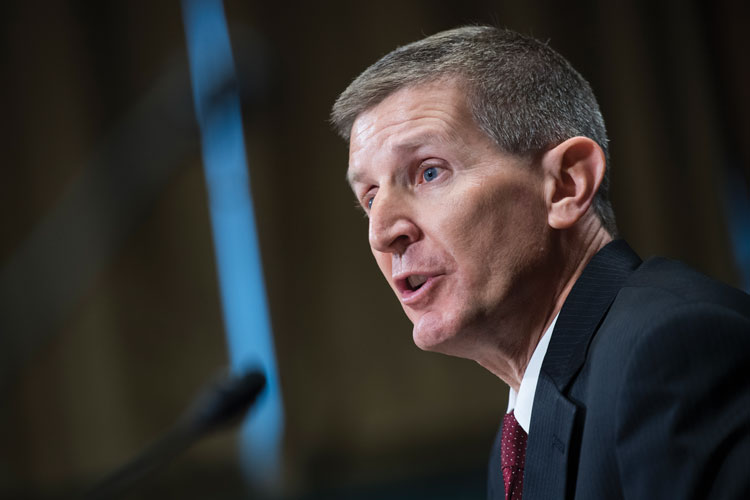 Leonard Steven Grasz, a nominee to fill a vacancy on the 8th Circuit, testifies during a Senate Judiciary Committee hearing in November. Associated Press.

When a judicial candidate is put forward, the ABA committee’s chair will assign either a current or past member of the committee to act as a lead evaluator.

The evaluation kicks off when the evaluator is sent the candidate’s completed Senate Judiciary Committee questionnaire and a waiver of confidentiality by the Department of Justice. The evaluator will read the candidate’s legal writings, research their background and conduct extensive interviews with their colleagues. These confidential interviews could be with co-counsels, opposing counsels, law professors, community leaders or judges the candidate has either worked with or appeared before.

Toward the end of the process, the evaluator meets with the candidate and gives the individual the opportunity to respond to any adverse comments that could reflect poorly on them. If something said to the evaluator under the promise of confidentiality couldn’t be revealed to the candidate without exposing the person who said it, the information isn’t used in the evaluator’s report or considered by the committee.

The evaluator will follow up on any relevant information that came to light during the interview.

The evaluator will turn in a report to the chair, generally within 30 days, along with a recommendation of well qualified, qualified or not qualified. If a candidate is given a not-qualified rating, it means that the evaluator feels he or she did not meet the committee’s standards in at least one of the three categories. The committee takes a not-qualified rating so seriously that when evaluators think they’ll be recommending that rating, they will alert the chair so that a second evaluator can be appointed to conduct a review and compile another report and recommendation. In that case, both reports will be submitted simultaneously to the committee.

Fifteen members including a chair sit on the Standing Committee on the Federal Judiciary for staggered three-year terms. Each federal district has a member on the committee except for the 9th Circuit at San Francisco, which has two due to its size.

All the members agree not to participate in any partisan political activities or endorse or donate to any federal campaigns during their time on the committee. They also agree not to accept a nomination to a federal judicial seat during their term or within a year afterward.

After the committee has a chance to read through the reports, the members vote—with the chair abstaining, except in the case of a tie. If a minority disagrees with the majority’s rating, that will be noted. If the rating is to be made public, the split will also be made public.

“These ratings are developed only with an immense amount of diligence and attention to the protocols established by our commit-tee over the course of more than five decades,” testified Pamela Bresnahan, the current chair of the ABA committee, before the Senate Judiciary Committee. “We estimate that each standing committee member will spend 300 to 600 hours on conducting evaluations, reading formal reports and voting this year.” 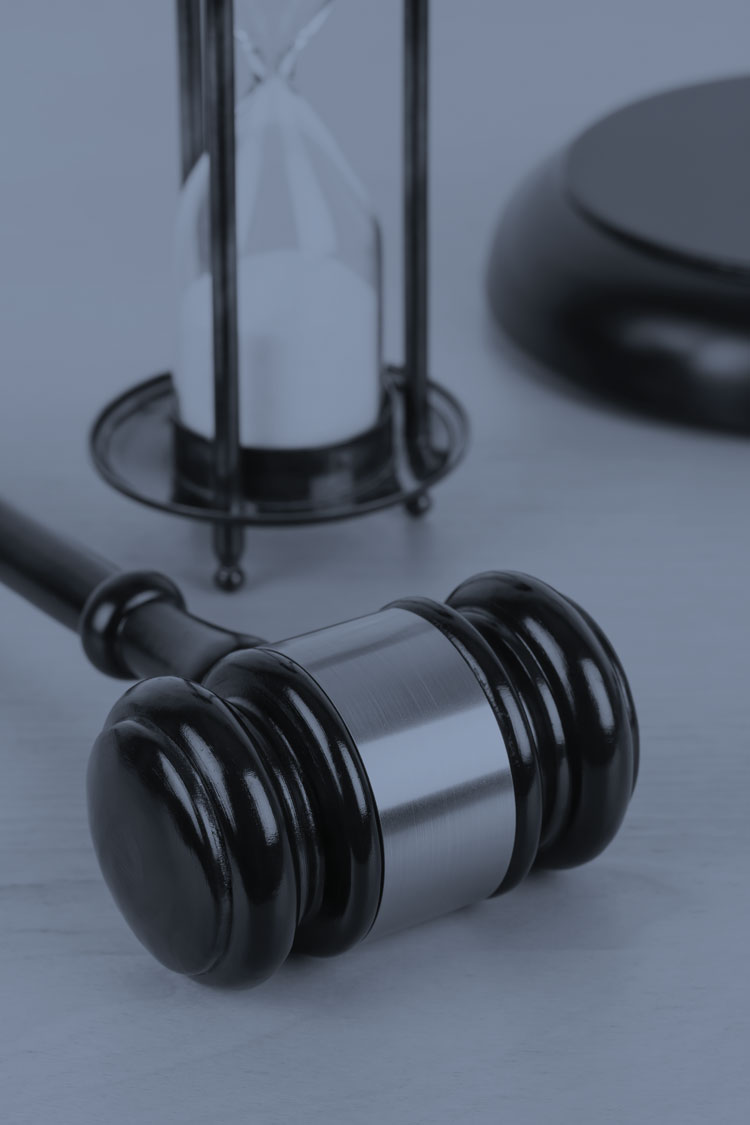 But not every rating the committee makes reaches the public.

While it’s accurate to say that the last officially nominated federal judicial candidate to receive a not-qualified rating from the committee prior to Trump’s nominees was Michael Brunson Wallace when he was nominated to the 5th Circuit at New Orleans in 2006, other not-qualified ratings may have been made since then.

The committee’s strict standard of confidentiality doesn’t just apply to its interviews. Its ratings are never made public until a judicial candidate has been officially nominated, and it elaborates on what is discovered during the evaluation process only if committee members are asked to testify before the Senate, as Bresnahan did in November.

When the White House participates in the prenomination process, the president can choose not to officially nominate that candidate before a not-qualified rating can go public. President Bill Clinton chose to advance four nominees who received such a rating, three of whom were confirmed by the Senate. Although no official nominee under President Barack Obama had a not-qualified rating, the New York Times reported in 2011 that the ABA gave that rating to 14 of about 185 potential candidates the Obama administration asked the ABA to evaluate.

As of press time, of the 59 nominees Trump had announced, the committee rated 34 well qualified, 18 qualified and four not qualified, with three not yet rated.

But the confidentiality of the process means it’s not possible to make a direct numerical comparison between ratings of the candidates nominated by Presidents Bush or Trump during the post-nomination process with the committee’s publicly available ratings of judicial candidates put forward under other presidents since 1953.

The committee’s evaluations are not static; an evaluation can be reopened if new significant information surfaces before a candidate is confirmed. A past candidate will also be re-evaluated if he or she is renominated or nominated to a higher court.

For example, when Clinton nominated David F. Hamilton to the U.S. District Court for the Southern District of Indiana in 1994, the committee testified that it gave him a not-qualified rating because it found he did not have enough relevant experience to meet their standard for professional competence. The Senate voted to confirm Hamilton.

When Obama nominated Hamilton to the 7th Circuit at Chicago in 2009, the committee unanimously determined that Hamilton deserved a well-qualified rating.

With the committee only able to begin the evaluation process post-nomination and Trump nominating candidates for the federal judiciary at a rapid pace, the workload is intense.

If the committee can’t complete its evaluation in time, its ratings and reports can’t be considered by the Judiciary Committee, and senators lose the opportunity to hear committee testimony about the candidate.

The committee has no role in scheduling nomination hearings, and it may not be notified in time for its evaluations to be completed.

In the cases of Holly Lou Teeter and Brett Joseph Talley, who were both rated not qualified for positions as district judges, the Judiciary Committee held their nomination hearings before the ABA committee had announced the ratings. Both were voted out of committee and advanced for a vote before the full Senate within days of their ratings being announced.

The work of evaluating federal judicial candidates could become even more difficult.

In November, the Times reported that an anonymous source told the newspaper the White House has also considered telling future nominees not to participate in the committee’s interview process or to sign confidentiality waivers that allow the committee to view disciplinary records.

But the committee has the full support and backing of the ABA, Bass says.

“Because federal judicial posts are lifetime appointments, ensuring that lawmakers have as much information as possible about candidates before approving them is critical. The federal judiciary is a fundamental part of our government and appointing the most qualified people to it is integral to our democracy,” Bass says.

Bresnahan told the Senate committee in November: “We take great pride in the thoroughness of these evaluations. We believe that the standing committee’s ratings are helpful to the Senate, the Department of Justice and the White House.

“We also believe,” she continued, “that the public has come to expect that there will be a thorough, independent assessment of a nominee’s professional qualifications by their peers in the profession. We also believe that the standing committee’s performance of this volunteer service has helped instill public trust in the federal judiciary.”

Due to editing errors, the print version of “A Thorough Vetting,” January, miscounts the ratings of the ABA’s Standing Committee on the Federal Judiciary for President Donald Trump’s 59 nominees. As of Dec. 4, the committee had rated 34 well qualified, 18 qualified and four not qualified, with three candidates not yet rated.


This article was published in the January 2018 issue of the ABA Journal with the title "A Thorough Vetting: Its rating system under fire, the ABA stresses importance of federal judicial candidate evaluations."