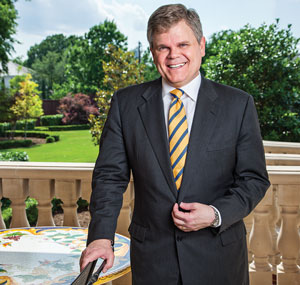 We have a long history of judges saying that (1) little errors in a brief betoken bigger mistakes, (2) less is more, and (3) good briefs demand little physical or mental effort from the reader. Even so, briefs in most courts are astonishingly ill-proofread, they are rarely tight, and lawyers seldom confine themselves to two or three points. There's a disconnect between what judges say they want and what lawyers give them. Curious.

There’s also a tendency to disbelieve things that can’t be scientifically proved. Hence I’ve heard lawyers say they don’t care so much about what judges say they find persuasive in written arguments. Those judges might not actually know what motivates them, the skeptical lawyers say. They want proof.

So let’s take the three points mentioned at the outset and see whether, when it comes to judging, there’s any scientific evidence to back up the anecdotal evidence that good writing enhances persuasion. We’ll use the findings of Nobel laureate Daniel Kahneman, the Princeton psychologist and economist who wrote a superb book: Thinking, Fast and Slow. What he says is most illuminating.

We all know that first impressions matter. When I was a kid, I knew a college student who gave me a tip I never forgot: “If you want to make good grades, always say something intelligent in the first class meeting. Nobody else will speak up much, and the professor will remember you favorably. Pull something from a footnote in Chapter 1 and mention it.” He said that once a professor had decided you’re smart and thorough, you’ve got it made. He swore he made Phi Beta Kappa that way.

So what do judges say on this point? Consider Justice Antonin Scalia. When I interviewed him in October 2006, he made the reverse point: “If you see someone who has written a sloppy brief, I’m inclined to think that person is a sloppy thinker. It is rare that a person thinks clearly, precisely, carefully, and does not write that way. And contrariwise, it’s rare that someone who is careful and precise in his thought is sloppy in his writing. So it hurts you … to have ungrammatical, sloppy briefs.”

This is interesting because grammar, spelling and punctuation are some of the first things an attentive reader notices. You see those things before you can assemble the meaning of paragraphs or the structure of arguments.

Enter Kahneman, who explains at some length the “halo effect” in his book about the psychology of thinking. The concept is a century old: You tend to like or dislike everything about a person based on first impressions. The halo effect fundamentally shapes our views of people and situations. He says, “The halo effect helps keep explanatory narratives simple and coherent by exaggerating the consistency of evaluations: Good people do only good things and bad people are all bad. The statement ‘Hitler loved dogs and little children’ is shocking no matter how many times you hear it, because any trace of kindness in someone so evil violates the expectations set up by the halo effect.”

How does the halo effect apply to writing? Kahneman gives the example of grading essay exams. If a student’s first essay is good, then all the rest of the essays tend to be graded more highly—and vice versa. As a grader, he has learned to “decorrelate error” by grading all exams one question at a time.

Will most judges do this? Probably not. They’ll give the brief-writer a chance by beginning to read. They correlate clean, precise, crisp sentences—and probably correct citation form—with professional care and even substantive soundness. They correlate the opposite qualities with poor arguments. First impressions endure.

It was the poet Robert Browning who in 1855 most famously said, “Less is more.” There’s something to it, of course, although it’s often oversimplified. Copious thinking is also good, and threadbare thinking is bad. You must have enough substance—just enough.

For the anecdotal evidence, let’s consider what Justice Stephen G. Breyer told me in a 2006 interview, in saying that many briefs are way too long: “Don’t try to put in everything. … If I see something 50 pages, … I’m already going to groan. And I’m going to wonder: Did he really have to write that 50 pages? I would have preferred 30. And if I see 30, I think: Well, he thinks he’s really got the law on his side because he took up 30.”

Couple Justice Breyer’s point about length with what is frequently said about counsel choosing between weaker points and stronger ones: You owe it to your client to abandon weak points lest you dilute the strong ones.

Does science back this up? Yes, according to Kahneman. He cites a study in which a set of good dinnerware was offered at a store. People valued it at $33. When a few more good pieces were added, together with a few broken ones—overall, you’re getting more—suddenly people valued it at only $23.

Kahneman cites another case in which a seller added a cheap gift to an expensive product, the result being that the whole deal seemed less attractive. Intuition can trump logic.

At CLE programs, lawyers have occasionally complained to me when I’ve insisted that the ideal brief spares the judge any unnecessary effort, physical or mental. A good brief-writer makes the judge’s job easy.

How do you do that? First, state the problem clearly and fast—with an exposition that anyone can understand by reading your sentences in order. The judge should never have to read further into a brief to understand something that wasn’t intelligible on first reading. Sound obvious? It isn’t. Take up almost any brief and you’ll find early statements that aren’t intelligible until you’ve read further—often much further. If magazine articles were written that way, you’d cancel your subscription.

Second, provide an overt architecture in the form of explicit, full-sentence point headings. These will make both the table of contents and the body of the brief immediately informative. Obvious, you say? No. Comparatively few law offices produce briefs with sterling point headings. If you want good examples, look at briefs filed by the United States Solicitor General’s Office. The lawyers there sweat their point headings.

The idea is that a judge should be able to dip into your brief on any given page and find instant elucidation—with ease. You’re more likely to hold the judge’s interest.

Does science back this up? Once again, yes: Kahneman notes that people who are cognitively busy are likely to make “selfish choices” and “superficial judgments.” They want things to be easy, and they’ve learned to trust their intuition. Whenever you’re doing something that requires effort or self-control, you’re depleting your reserves. You’re less willing and less able to concentrate or exert self-control when the next challenge comes along (like reading the next brief, if you’re a judge).

Here’s what Kahneman says: “The idea of mental energy is more than a mere metaphor. The nervous system consumes more glucose than most other parts of the body, and effortful mental activity appears to be especially expensive in the currency of glucose. When you are actively engaged in difficult cognitive reasoning or engaged in a task that requires self-control, your blood glucose level drops. The effect is analogous to a runner who draws down glucose stored in her muscles during a sprint.”Do these scientific findings denigrate human intelligence? I don’t think so. They simply expose the realities that advocates have always faced. And they provide some empirical basis for age-old advice about how to be most persuasive.

Author’s note: Thanks to my Southern Methodist University student John Adams for suggesting this topic to me.

This article originally appeared in the May 2015 issue of the ABA Journal with this headline: “The Psychology of Credibility: First impressions endure, even in brief writing.”

Bryan A. Garner (@BryanAGarner) is the president of LawProse Inc. of Dallas. He is also the author of The Winning Brief and the editor-in-chief of Black's Law Dictionary.