Ruling on dental photographs takes a bite out of copyright protections 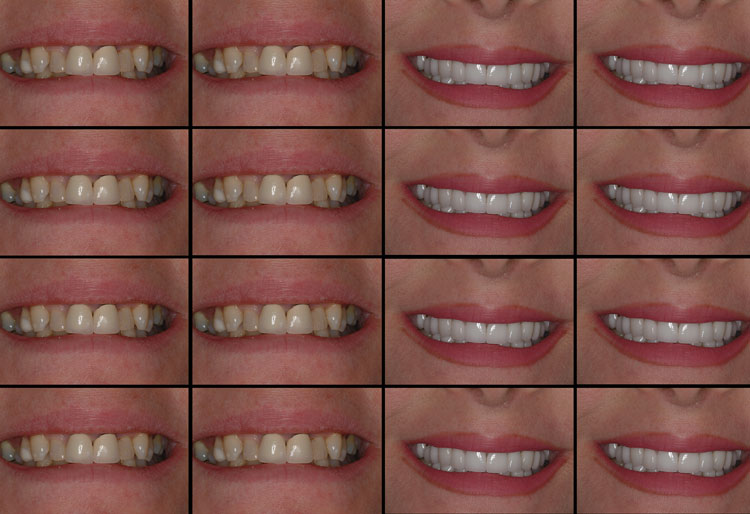 They beckon from all corners of the internet: eye-catching before-and-after photographs showing how dental work, body sculpting, hair restoration and other services can transform looks and change lives.

Now a legal ruling on photos shot by a Florida dentist of his patient’s teeth—first looking crooked and stained, then straight and gleaming white—could make it harder for such photos to gain copyright protection.

A U.S. district judge in Florida ruled in June that the dentist’s before-and-after photos didn’t contain enough of a “creative spark” to merit protection.

“Meeting the standard for creativity is not like pulling teeth,” wrote Judge Mark E. Walker of the Northern District of Florida in his ruling in Pohl v. MH SUB I LLC (d/b/a Officite) that was replete with corny puns involving teeth, bites and braces.

Walker tagged the photos as “devoid of creativity or originality” and thus not worthy of copyright protection.

The case has elicited strong feelings on both sides, with some lawyers thinking the judge got it right and others worrying the decision, which is being appealed, could have detrimental effects on other images used in advertising.

Some said the copyright ruling ultimately could harm consumers who won’t know whether to trust businesses that display before-and-after photos.

The case began with Mitchell Pohl, a dentist in Boca Raton, Florida, who photographed the teeth of his female patient, Belinda, before and after he fixed them. Pohl used the images on his dental practice website to showcase his work and even registered them with the U.S. Copyright Office—although there was a dispute during the case about whether he had properly dated the photos.

At some point, Pohl found out that his photos had been reposted online without his permission by a company called Officite, which used his teeth pictures on websites promoting other dental practices.

Pohl sued for copyright infringement. His attorneys, William H. Hollimon and Martin B. Sipple of Tallahassee, thought it was a simple case of a website marketer grabbing copyrighted photos without permission. But attorney Matthew S. Nelles of Fort Lauderdale, representing the website marketing company, argued the images contained zero artistry —which means they can’t be copyrighted. Walker agreed.

“There is nothing remotely creative about taking close-up photographs of teeth,” the judge wrote in his decision. “The before-and-after shots served the purely utilitarian purpose of displaying examples … to potential customers.”

In his ruling, the judge referenced several other cases in which photos of pet beds, computer components or motorcycle parts or images of Chinese food choices on a menu were deemed too utilitarian to merit copyright protection.

Pohl says the judge missed the point. “He failed to realize that the creativity didn’t begin right there when I picked up the camera,” the dentist says in an interview. “The creativity began when the patient walked into the office and I saw a blank canvas. It stopped when I pushed the shutter.”

If the ruling stands, Hollimon says it will represent “a huge potential expansion” of what can’t be copyrighted. It also will create headaches for photographers who will be left wondering how any particular judge might define creativity.

In a failed motion to reconsider, Pohl’s attorney for the appeal, Joel B. Rothman of Boca Raton, argued that the dentist had made numerous behind-the-scenes creative decisions, including how to pose the patient’s mouth and when precisely to take the pictures. In arguing for Pohl’s photos to merit copyright protection, Rothman pointed to a 2000 ruling by the 9th U.S. Circuit Court of Appeals at San Francisco, Ets-Hokin v. Skyy Spirits Inc., which found that a picture of a vodka bottle in an advertisement was copyrightable.

The standard used in copyright cases since 1991 has been the unanimous U.S. Supreme Court decision in Feist Publications Inc. v. Rural Telephone Service Co. In that case, which involved whether a telephone directory could be copyrighted, the justices set an extremely low bar to qualify for copyright protection.

As Justice Sandra Day O’Connor put it: “The sine qua non of copyright is originality. … Original, as the term is used in copyright, means only that the work was independently created by the author (as opposed to copied from other works), and that it possesses at least some minimal degree of creativity.”

O’Connor said “even a slight amount” of creativity is enough. “The vast majority of works make the grade quite easily, as they possess some creative spark, ‘no matter how crude, humble or obvious’ it might be.”

This article was published in the December 2018 ABA Journal magazine with the title "Pulling teeth: Florida ruling on dental photographs takes a bite out of copyright protections."