For Federal Plaintiffs, Twombly and Iqbal Still Present a Catch-22 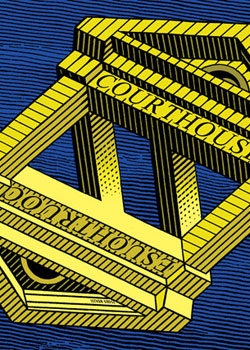 Despite that mound of evidence, Isquith’s client felt compelled to hire a special investigator to gather even more facts before filing suit. “This is a complaint we would have filed before without spending tens of thousands of dollars on an investigator,” says Isquith, a partner at Wolf Haldenstein Adler Freeman & Herz.

Blame the outlay on two U.S. Supreme Court decisions, Bell Atlantic Corp. v. Twombly and Ashcroft v. Iqbal. Those cases significantly altered federal court pleading standards, requiring plaintiffs to include far more detailed facts in a complaint if they want to survive a motion to dismiss under Rule 12(b)(6) of the Federal Rules of Civil Procedure.

Twombly and Iqbal are widely cited by defense lawyers as a means of getting frivolous complaints dismissed before the costly factual discovery stage. But plaintiffs say judges are using the standard as a docket-management tool, precluding legitimate claims from being heard.

“It’s more difficult to get an ultimate decision on the merits. I’m telling clients it’s not worth filing cases that are no doubt meritorious. People simply cannot afford it,” Isquith says.

The pleading shift began in 2007, when the high court decided Twombly. Applying Rule 8 of the Federal Rules of Civil Procedure, which governs the notice pleading system, the court held that it’s no longer enough to give defendants fair notice of a claim and its grounds. Instead, the antitrust complaint at issue had to contain enough facts to show the claim was “plausible on its face.”

Two years later, in Iqbal, a civil rights case brought by a 9/11 detainee, the court applied the stricter standard to all federal civil cases, not just antitrust claims.

(Significantly, Justice David H. Souter, who authored the seven-justice majority opinion in Twombly, wrote the Iqbal dissent, arguing the court misapplied the case. “A court must take the allegations as true, no matter how skeptical the court may be,” Souter said in Iqbal. “The sole exception … lies with allegations that are sufficiently fantastic to defy reality as we know it: claims about little green men or the plaintiff’s recent trip to Pluto or experiences in time travel.”)

Together, however, these decisions altered the pleading standard laid out in 1957 in Conley v. Gibson, which provided that dismissal is appropriate only when the plaintiff can offer “no set of facts” to support the claim.

Both anecdotal and empirical evidence show that these decisions have significantly changed pretrial practice. Clients like Isquith’s are forking out cash to investigate before filing suit. Defendants and judges are increasingly citing Twombly and Iqbal as complaints are dismissed.

For example, in Speaker v. U.S. Department of Health and Human Services Centers for Disease Control and Prevention, a Georgia district court judge dismissed a complaint filed by a plaintiff who flew on a commercial airline despite a tuberculosis diagnosis. Plaintiff Andrew H. Speaker, an Atlanta attorney, argued that the CDC disclosed to the press protected information about his identity and medical history, damaging his reputation and business. Yet in issuing the ruling, the judge held that the complaint lacked specificity in its allegations of Federal Privacy Act violations. However, in October, the 11th U.S. Circuit Court of Appeals at Atlanta reversed the district court’s ruling and cited Twombly in saying that “plaintiff Speaker has pleaded enough factual content to ‘[nudge his] claims across the line from conceivable to plausible.’ ”

For plaintiffs, Twombly and Iqbal create an unfair burden. If they are expected to present detailed facts from the outset, rather than acquiring them through pretrial discovery, they may have to foot the bill to investigate on their own. That, they say, creates at best an unfair burden just to have a case heard on the merits, and at worst a complete barrier to the courthouse.

Where intent or discriminatory purpose is at issue, the cases present the circular logic of catch-22. In civil rights claims or motive-based torts—or in claims where the defendant’s conduct is by nature concealed, like fraud or antitrust—evidence is in the hands of the defense. Discovery remains the only opportunity to gather this kind of evidence. Yet if a meritorious claim can never get past the pleading stage, discovery—many claimants’ primary chance to uncover facts—is not even an option.

Defense attorney James Wareham, Washington, D.C.-based chair of litigation at Paul, Hastings, Janofsky & Walker, doesn’t see it that way. He raises Twombly and Iqbal in nearly every securities case he handles. In his practice, he’s seeing the same number of complaints filed, but more dismissals—many with specific references to Iqbal.

“It shows a healthy level of skepticism by the judiciary,” Wareham says. “The pleading standards get rid of borderline frivolous cases, which is a positive thing for litigants. The reality is not every stock drop is fraud.”

Plaintiffs should have been pleading this way all along, according to Wareham, who has also observed plaintiffs’ increasing reliance on confidential informants since Iqbal. “Pleadings are so conclusory; it’s obvious no research has been done,” he says. “The fact that plaintiffs are complaining they have to do extra work is astounding. All they have to do is plead a plausible claim—that’s not a difficult standard if there’s some ‘there’ there.” Wareham says it is his experience that, even with the increase in dismissals, the majority of complaints still do survive motions to dismiss.

Patricia Hatamyar, a professor at St. Thomas University in Miami Gardens, Fla., has analyzed 500 post-Twombly cases and 180 post-Iqbal cases compared to 500 cases under Conley, all randomly selected. Her findings confirm a Twombly and Iqbal effect.

Hatamyar has since begun a “more measured” study of 12(b)(6) motions. “My preliminary finding is that the rates of dismissal are skyrocketing, way more than even found in the first article,” she says, particularly in civil rights cases.

Steve Gensler, a professor at the University of Oklahoma College of Law, serves on the Judicial Conference Advisory Committee on Civil Rules, which commissioned the Federal Judicial Center to conduct its own comprehensive study of post-Twombly and -Iqbal dismissals, expected to be completed sometime this year.

Until the committee analyzes the FJC data, Gensler advises, “If I were a plaintiff, I’m certain I’d plead more detail. The problem is in those cases where the information is in the hands of the other side.”

If the FJC study indicates a huge swing in dismissals since Twombly and Iqbal, the advisory committee could propose rule changes. Other entities could respond too, according to Gensler. Lower courts “might sand down the rougher edges of Iqbal, in particular. And we could still get another pleadings case from the Supreme Court, perhaps in response to developments in the lower courts as they operationalize” Twombly and Iqbal.

Congress, too, could alter the pleading standards. Former Sen. Arlen Specter, D-Pa., had introduced the Notice Pleading Restoration Act of 2009 (S. 1504), which would restore the Conley standard. But the bill has been with the Judiciary Committee for a year.

In the meantime, plaintiffs lawyer Isquith says, “we soldier along representing our clients as best we can.”