Former DEA agent switches over to the legal marijuana industry 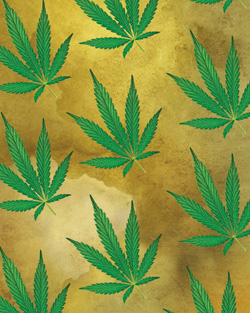 Much of Patrick Moen’s life has been devoted to law enforcement. He spent five years as a police officer and went to law school during a decadelong career at the U.S. Department of Justice. At the DOJ, he rose to the rank of supervisory special agent at the Drug Enforcement Administration, directing a multiagency task force that investigated organizations engaged in high-level drug trafficking.

Last year, however, Moen decided he was ready for a new challenge. So he let his career take a hit.

“I had been keeping an eye on the industry—I was curious about it—but I hadn’t been impressed by any of the players,” Moen says. Until he heard an interview with Privateer CEO Brendan Kennedy.

A Yale MBA with serious Silicon Valley startup cred, Kennedy helped co-found Privateer in Seattle in 2010. The company’s budding businesses include Leafly, an online educational and informational resource for cannabis users, a multimillion-dollar, government-licensed production and distribution facility for medical marijuana in Canada, and a network of commercial spaces in Washington state that provides turnkey growing locations for small-scale producers.

Moen reached out to Kennedy for a meeting. Kennedy knew Moen was with the DOJ, but nothing more. As the meeting approached, Kennedy says, he grew nervous and called his lawyers as a precaution.

At the meeting Moen offered his business card, which is how Kennedy learned Moen wasn’t just DOJ, but DEA. “I got more nervous,” Kennedy admits. Then, Kennedy says, Moen pulled a white envelope from his jacket and slid it across the table. “I thought ‘Uh oh.’ I didn’t know what it was going to be—a subpoena? An indictment?”

It was Moen’s resumé.

Moen says much of his work as Privateer’s new managing director of compliance is typical in-house fare like employment contracts and lease agreements, “but with the added twist of a massive risk mitigation component because everything we do, we have to evaluate it against the backdrop that cannabis is still federally illegal.” That means navigating money-laundering statutes and conspiracy laws, and maintaining 100 percent compliance with all state laws, federal laws and the points set out in Deputy Attorney General James M. Cole’s Aug. 29, 2013, memo, “Guidance Regarding Marijuana Enforcement.”

“Every action we take,” Moen notes, “is exponentially more complicated than it would be for a company that’s similarly situated but in a different industry.”

This article originally appeared in the May 2014 issue of the ABA Journal with this headline: “Growing Ambition: Former DEA agent sees opportunity in marijuana.”