Fund for All: 'Crowdfunding' Supporters Look to Congress to Lighten Regulatory Load 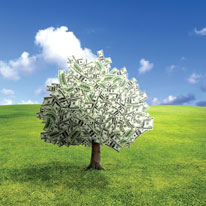 One of the few bright spots for small businesses struggling to raise capital in the down economy is something called crowdfunding.

Websites such as Kickstarter and IndieGoGo—where filmmakers, food truck owners and more tell their stories in hopes of raising funds—have popularized the process. And President Barack Obama even endorsed crowdfunding in his September jobs speech last year.

The largely Internet-based fundraising practice allows individuals, small businesses and others to raise capital from a variety of sources, including donations, sponsorships and the sale of products or services, with no expected financial return such as equity.

As the funding form has grown in popularity, a diverse group of backers ranging from grassroots community activists to old-line conservatives has voiced support to allow crowdfunding to expand beyond current models. Securities and Exchange Commission and state regulations currently impose certain registration requirements on investors and the recipients of their financial largesse when securities are to be exchanged.

But several bills now wending their way through Congress would eliminate some of those regulatory hurdles and open up investment from a broader range of backers.

One of those bills, the Entrepreneur Access to Capital Act, HR 2930, eliminates an SEC registration requirement for small companies using crowdfunding to raise low levels of investment, a barrier proponents say inhibits many startups from getting out of the gate. Companies could raise up to $2 million annually from investors pledging no more than $10,000, or 10 percent of their annual income.

The bill’s sponsor, Rep. Patrick McHenry, R-N.C., says the legislation “would modernize outdated securities regulations in order to free up capital for small businesses and entrepreneurs.”

A bill introduced by Republican Massachusetts Sen. Scott Brown would allow for even lower investment thresholds.

Critics of the bills are concerned that loosening restrictions could expose everyday investors to fraudulent fundraising schemes. But others say that the system needs to be changed. Current SEC regulatory requirements favor those with connections to high-net-worth individuals, wealthy friends and family members; those lacking connections have a much tougher time raising funds.

“I’ve always thought it was a rather undemocratic process,” says Michael W. Schley, a Minneapolis securities lawyer with Larkin Hoffman who previously worked in SEC enforcement and has represented a variety of small companies.

He is hopeful some form of crowdfunding legislation will be pushed through in 2012, but says variables such as investment thresholds and whether the new rules will pre-empt state registration requirements will be among the main sticking points.