Parenthetical Habits: On the use and overuse of parentheses and brackets 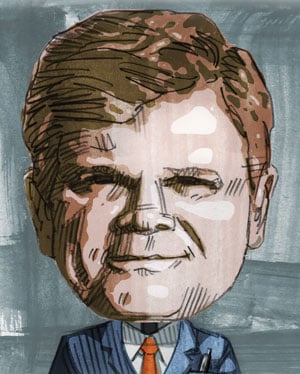 In 1680, an anonymous “well-wisher to the attainments of children” wrote A Treatise of Stops, Points, or Pauses. At only 19 pages, this punctuation guide is a slight affair.

The parenthesis, he says, is “a Note made of two great Semi-circls, or half Moons; thus, ( ),” adding: “These do, and always must include, or inclose one, or more words of a perfect sense in a Sentence, which may be used, or omitted, and yet the Sense remain intire.” The related marks we call brackets he termed “crotchets,” or “Two Semi-quadrats thus, [ ].” He had little to say about brackets except urging the reader to go find examples in the margins of books, so that “you will thereby be the better enabled to understand their use, wherever else you meet with any.”

We’ve come a long way, no doubt. Today we know that parentheses have five primary uses and brackets three. Let me run through these uses briefly.

What are the five uses of parentheses? First, they set off an inserted phrase, clause or sentence that you want to minimize. Example: “My friend Shivaun (who sometimes spells her name Siobhan) has founded a group of Ireland-loving lawyers.” Second, they can enclose a clarifying appositive or attribution. Example: “The prosecutor (Reynolds) assured us that he’ll give us seven days’ notice.” Third, they often introduce shorthand or familiar names. Example: “The Federal Aviation Administration (FAA) is a party.” Fourth, they surround letters or numerals in enumerations: (1), (2), (3), etc. Finally, they denote subparts in a citation: 12(b)(6).

Now for the three uses of brackets. (Don’t you wish we still called them “crotchets”?) First, they often enclose an editorial comment, correction, explanation, substitution or translation that wasn’t in an original text that’s being quoted. Example: “He said, ‘I think there’s little doubt that [Clarence] Darrow was the finest lawyer of the 20th century.’ ” Second, in most of the literary world, they enclose parenthetical material that appears within material already within parentheses. Lawyers are a little different here: We tend to use “kissing parentheses.” So “))” isn’t an unusual sight in legal writing where most of the literary world would have “]).” You follow? Of course you do. Third, they sometimes denote subparts in a citation, especially in looseleaf legal sources whose citations contain successive numbers: § 126[6](b)(1).

Now I know what you must be thinking: This is indeed the most gripping opener I’ve ever written for this column. Hold onto your hats, folks.

Both parens (as they’re informally called) and brackets present some pesky problems for legal writers, even when “correctly” used. In particular, they are pretty grossly overused. They have their place, mind you, but they shouldn’t be pullulating on your pages.

In the mid-1990s (if memory serves), the 16th edition of The Bluebook first came out with a rule that every citation prefaced with the word See must be followed by an explanatory parenthetical—something like “(holding that ... )” or “(stating that ... ).” Before that time, The Bluebook was almost exclusively for scholarly writing, where all the citations are sensibly in footnotes. Explanatory parentheticals were no big problem: They just lengthened the footnotes in which source materials appeared, and they became necessary adjuncts to most citations. That way, the reader wouldn’t have to go look up every case cited to understand why it had been cited.

But that very same mid-1990s Bluebook contained a new “practitioner section,” for the first time offering guidance to practicing lawyers in their briefs and other court papers. All the practitioner materials were typeset in Courier, suggesting that this abominable typeface was somehow preferred. And it showed all citations interspersed in the body of practitioner materials. Meanwhile, it retained the parenthetical requirement for “See” citations.

The effect of these two innovations was to lengthen the average citation threefold or fourfold, thereby separating consecutive sentences by many lines, especially if the practitioner was ill-advised enough to include a string citation.

In this cascade of unintended consequences, practitioners got into the “parenthetical habit” and started trying to boil down most case explanations to mere parentheticals, so no cases were discussed contextually anymore in actual paragraphs. Citations with their trailing parenthetical cabooses started occupying most of the pages, which became visually repulsive. Lawyers started breaking their “paragraphs” twice or so per page, making it apparent to any moderately astute observer that they weren’t really writing paragraphs at all. A few words would appear at the beginning of a “paragraph,” and the sentence would conclude with a quotation. Then two more citations introduced by “See” would follow, each with its Bluebook-mandated parenthetical.

After that, there’s a paragraph break and a repeat of the same pattern. This can go on for dozens of pages at a stretch. In fact, it often does in the average brief.

As a result, judges have started reading differently. They no longer actually read. They skim instead, trying to get the lawyer’s drift. They glance at the cases, turn the pages quickly and have a hasty glimpse of the fragments of lawyerly prose. They no longer expect real paragraphs because they so seldom see them. Meanwhile, iPad reading has now made it easier than ever to flick over pages that never actually get read.

This shift has largely taken place over the past 20 years. So when people ask: “Has legal writing gotten worse in recent years?” you can answer yes without suspecting that you’re just being an old fogey. It has gotten objectively worse because of all the unintended consequences of two changes in The Bluebook: the requirement of parentheticals and the issuance of a retrograde practitioner section.

An introspective lawyer or judge who thinks about it will immediately realize how different it is to “read” a brief and to read a good article in The Atlantic. With the latter, you’re actually supposed to look at every character on the page. You see the pleasing development of an idea within a paragraph and over a series of beautifully phrased paragraphs. You skip nothing—at least you shouldn’t. A big adjustment is necessary if you turn from reading briefs to reading good newsmagazines. You must calm down and sit back and savor. Not so with 99 percent of legal writing.

Brackets add to the agitation that legal prose induces. These rectilinear bacilli seem to reproduce themselves within quotations. Whereas most of the literary world will tacitly change a word from uppercase to lowercase, lawyers scrupulously show every such change by bracketing the letter that has been altered. It’s common to see a parenthetical that says “(stating that “[t]he need to protect [an] actual pending federal proceeding[] may prove significant” if “[s]tate judgments are disregard[ed]”).” Beautiful. These brackets are insecurely shouting, “I’m a legal insider. No, I really am!”

In that last example, the first brackets show a change from uppercase to lowercase; the second indicates an interpolation; the third that “proceeding” has been changed from plural to singular—hence a character dropped so that the paired brackets are empty; the fourth is a case change again; and the fifth is a changed inflection for “disregard.” An exaggeration, you say? Hardly.

But it gets worse. The lazy legal writer, having long since forgotten how to write real paragraphs, thinks the ideal brief or motion contains a maximal number of words from authoritative sources and a minimal number from himself or herself. Quote every little snippet you can, even a three-word phrase that requires two bracketed alterations: “An action may be ‘[d]ismiss[ed] in whole [or in part] without [a] [c]ourt order[].’ ” Legions of legal writers would rather say that than paraphrase: “The court may dismiss an action in whole or in part without order,” followed by a citation.

The really weird part of this is that these writers are proud of all the brackets. The misplaced pride seems especially endemic among law review alumni. Empty brackets are a great source of joy to these folks, who have begun using them not to show the loss of a word’s inflection at the end but to signal the deletion of one or more words—the rightful place of ellipsis dots. So today you see punctuational solecisms like this: “When a direct action against a liability insurer is permitted [ ], joinder has not been required.” What’s needed instead of empty brackets there is ” ... “.

Earlier this year, I encountered a law student who was bracketing the beginning of quotations superfluously. I asked what was going on. He said, “Isn’t it a rule in legal writing that all quotations must begin with a bracketed character?” No kidding. Brackets so over-populate our writing that neophytes are deducing false rules about them.

So much for the “well-wisher of children” who thought in 1680 that correct uses of brackets could be inferred from looking at lots of examples. At some point between 1680 and 2016—I pinpoint it in 1996—nefarious forces took over in legal writing. Today brackets and parentheses are misused often enough to make any sensible reader crotchety.

The writing moral: (1) If you’re citing authorities in the body of your writing (as opposed to footnotes), avoid citational parentheticals to ensure that you have adequate paragraph development. (2) If you’re quoting something, do everything reasonably possible to avoid brackets; paraphrase here and there if necessary to spare your readers the puzzlement caused by excessive bracketing.