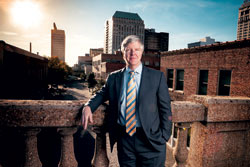 Even the U.S. Supreme Court agreed that its ruling in 2011’s PLIVA v. Mensing “makes little sense” to people hurt by prescription drugs.

Plaintiffs Gladys Mensing and Julie Demahy were prescribed the brand-name drug Reglan, used to treat digestive ailments. Instead, their pharmacists gave each the drug’s generic version. After taking the drug as prescribed for several years, both developed tardive dyskinesia, a severe neurological disorder.

Evidence showed that long-term use can cause the disease, so the brand-name drug strengthened its warning labels several times. The plaintiffs filed state tort suits, claiming that the makers of the generic drugs failed to provide adequate warning labels. The manufacturers countered that federal statutes and Food and Drug Administration regulations pre-empt state tort claims because they merely require the same labels for generic drugs as those originally mandated for Reglan.

And therein lay the difference. “Had Mensing and Demahy taken Reglan, the brand-name drug prescribed by their doctors,” wrote Justice Clarence Thomas for the five-justice majority, a case involving brand-name drugs, Wyeth v. Levine, “would control and their lawsuits would not be pre-empted. But because pharmacists … substituted [a] generic … instead, federal law pre-empts these lawsuits.”

By contrast, the Supreme Court wrote, Mensing concerned generic drugs. The FDA requires makers of generic drugs to use exactly the same label as the name-brand equivalent; they may not change their labels unilaterally. Thus, the court wrote, it is impossible for generics to comply with federal regulations as well as state court judgments requiring them to change their labels. Federal law must prevail.

In nearly three years since Mensing, generic drug lawsuits haven’t gone away, but they have gotten harder to get past summary judgment. In fact, potential claims were further narrowed by the Supreme Court in last year’s Mutual Pharmaceutical Co. v. Bartlett. That case said design-defect claims based on the adequacy of a generic drug’s warning label are pre-empted under Mensing.

Meanwhile, consumer attorneys have tried to claim other torts. The strategy had some success; some appeals courts gave plaintiffs a chance to distinguish their claims from label claims. Another strategy is a “failure to update” claim, which accuses generic manufacturers of not changing their labels quickly enough after the name-brand version changed its label.

And perhaps the most ambitious post-Mensing theory of liability holds name-brand manufacturers responsible for failure to warn users of generic drugs. After all, the reasoning goes, the Supreme Court said name-brand manufacturers have sole responsibility for changing generics’ labels. Most courts have dismissed such “innovator liability” claims, saying it’s well-established that plaintiffs cannot sue the maker of a product they never used.

But a big exception came in January 2013 from the Alabama Supreme Court. In Wyeth v. Weeks, the court said Alabama law permits a drug company to be held liable for alleged misrepresentations it made about its own name-brand drug, even when the plaintiff took another company’s generic equivalent. This “is not fundamentally unfair,” the court said, because the “alleged misrepresentations were drafted by the brand-name manufacturer and merely repeated by the generic manufacturer.”

A dissent from Alabama Justice Glenn Murdock acknowledged that “there is no good outcome in this case,” but said “bedrock principles of tort law” forbade innovator liability.

The decision caused an outcry from business interests, drug companies and conservative thinkers nationwide. Perhaps as a result of the attention, the Alabama Supreme Court took the unusual step of agreeing to rehear the case, and oral arguments took place in September.

“I think there was real surprise,” says Harlan Prater IV, a partner at Lightfoot, Franklin & White in Birmingham and a member of the ABA’s Tort, Trial and Insurance Practice Section’s Products Liability Committee. “It’s unlike our Alabama Supreme Court to bend our tort law to … find the remedy where one didn’t previously exist.”

Another member of the Products Liability Committee, Victor Schwartz of Shook, Hardy & Bacon in Washington, D.C., says “the case was startling to me.” He co-authored a 2013 Fordham Law Review article criticizing the decision.

“It’s a basic of product liability, it’s in the Restatement of Torts … that a manufacturer is responsible [only] for products it makes,” says Schwartz.

Danny Weeks developed tardive dyskinesia after two years of using the generic version of Reglan. His attorneys allege that Reglan manufacturers knew before 2007, when he started taking the drug, that the risk substantially increased after taking it for 12 weeks. But the label was misleading, his attorneys said, until 2009, when the FDA ordered a “black box” warning on Reglan’s label (and thus the labels of its generic counterparts). The label said in 2004 that therapy should not exceed 12 weeks. The plaintiff alleged that the name-brand manufacturers misled his doctor, as a “learned intermediary,” by failing to fully disclose the risk.

The case came to the Alabama Supreme Court from the U.S. District Court for the Middle District of Alabama, which said Alabama federal courts were split on innovator liability. It asked the state high court to decide whether Alabama law permitted such a claim.

The Alabama Supreme Court said that generics’ formulas and labels must be the same as those of the name-brand drug, so it was reasonably foreseeable that generic-taking patients and their doctors would rely on the name-brand manufacturer’s label. Though it’s unusual to extend liability to a defendant who didn’t make the product in dispute, the court said the special “sameness” requirements for prescription drugs give them a special situation.

Thus far, the Alabama court is the highest court to approve innovator liability—and the only post-Mensing court to do so. More typical are the 77 cases saying name-brand manufacturers don’t owe any duty to people who never took their products. Six federal appeals courts have ruled that way. All sides agree that if innovator liability catches on in the courts, the effect could be dramatic.

“Once you have a precedent in tort law that changes the landscape, strange things can happen,” Schwartz says. For example, suppose a Chinese company makes a knockoff lawnmower by following the original manufacturer’s design exactly. If someone is hurt by the knockoff, the original company could be liable even though it didn’t sell the product. With the precedent from Weeks, Schwartz says, “a judge could take that and say it’s foreseeable.”

But W. Lewis Garrison Jr., who represented Weeks, thinks it’s unlikely. Not only is the regulatory scheme for drugs different, he says, but in a lawnmower case, both manufacturers would have an obligation to warn consumers. That’s no longer true for drugmakers manufacturing generics.

Because state supreme courts are the highest arbiters of state law, Garrison of Heninger Garrison & Davis in Birmingham says the Alabama Supreme Court ruling is very important. Most of the innovator liability rulings have come from federal courts, which must guess at how their states’ high courts would rule.

“There were several federal courts in Alabama before our case came along who made rulings thinking about what our supreme court would say,” he says. “You know what? They were wrong.”

In Mensing, the Supreme Court said it was up to Congress and the FDA to change the law if they disapproved of generic drug pre-emption. Both institutions have considered the issue. A Senate bill that would have enabled generic drugmakers to change their own labels died in committee in 2012. In November, the FDA proposed a new rule that would do the same thing.

In the meantime, most people harmed by generic drugs have no legal recourse.

“I think a lot of people don’t realize that if they wanted to sue, they might have just lost that ability,” Schwartz says.

This article originally appeared in the February 2014 issue of the ABA Journal with this headline: “Bitter Pill: Generic drugs leave a bad taste for patients filing tort suits.”