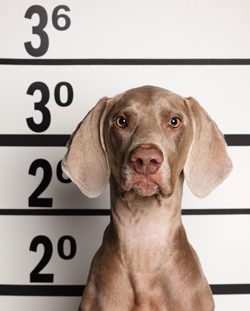 This month marks the first anniversary of “pet court,” which convenes Friday mornings as part of the municipal court system in the city of San Antonio, Texas.

But Scooby-Doo v. Lassie it’s not.

Instead, the new court focuses on enforcement of the city’s animal control laws, including failure to register or vaccinate pets and allowing pets to roam unleashed. Some of the cases involve dog-bite victims and pets that are accused of being a public nuisance.

San Antonio Municipal Judge Daniel Guerrero handles about 1,000 of these matters each month. He hands out fines ranging from $20 to several hundreds. City officials estimate they collect $20,000 a month in fines, which is only a fraction of the amount collected by courts that hear other municipal violations.

Animal law experts say pet courts have great potential, provided the primary goal of the city is not simply to generate revenue from fines.

“As long as this pet court doesn’t trivialize the issues surrounding animal welfare, then I think it could be a very good development,” says Elise Van Kavage, a lawyer in the southern Illinois city of Collinsville who chairs the Animal Law Committee of the American Bar Association’s Tort Trial and Insurance Practice Section.

“A new report shows there are now 78.2 million dogs in the United States,” Van Kavage says. “The judges in these specialized courts tend to be more sensitive to pets and animal rights, versus many judges who just laugh it off.”

Other cities have tried specialized courts for pets, including San Francisco and Tampa Bay, Fla. But most such efforts have been “courts” in name only, actually operated by animal control officials, including police officers, and not independent judges.

San Antonio Municipal Court Presiding Judge John Bull says nothing has changed with the way the city handles its animal control cases except that all of them have been consolidated into one court, under one judge on one day. “We’ve done the same thing with juvenile truancy and other matters,” Bull says.

As to whether animal rights advocates are happy or upset with the city’s new court, Bull says: “You can’t make everyone happy all the time. You have the animal rights people on one side and the zero tolerance people on the other side. Our court is simply adjudicating cases the best way we think it can be done.”

“This court could provide consistent enforcement of animal control laws,” says Valparaiso University law professor Rebecca Huss. “The real question is: What is this court trying to do? If it is trying to educate, and fines can definitely be educational, then this court is a good thing. But the danger is that this court is less about animal welfare and more about generating revenue.”

Huss and others say pet courts can be just as effective as the specialized business courts in Delaware.

San Antonio officials say that they receive about 3,000 reports of dog bites annually, and that about 20,000 stray dogs are loose in the city at any given time.

“Every city should have an animal court because it can lead to more responsible pet owners,” says Dallas lawyer Yolanda Eisenstein, who teaches animal law at Southern Methodist University’s Dedman School of Law. “One of the advantages is that the more one judge hears animal law cases, the more they understand the significant issues that arise from a lack of enforcement of animal control laws, which leads to the problem of dog biting and other issues such as picking up your dog’s poop, which can be a major health issue.”