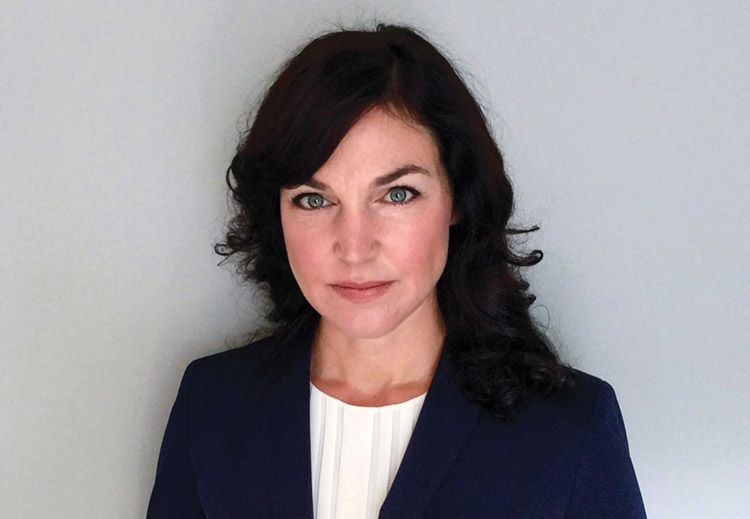 Emily Benfer has spent most of her career “trying to move further upstream in the problem intervention.” Photo courtesy of Emily Benfer

Emily Benfer considers her work with residents of a communal homeless shelter in Washington, D.C., one of the most powerful experiences of her career.

As part of an Equal Justice Works fellowship with the Washington Legal Clinic for the Homeless in 2005, she spent weekends at D.C. Village, helping shelter residents prepare testimony about their living conditions. They wanted to tell the city council they frequently dealt with rats, mold, unusable bathrooms and food poisoning.

They also wanted the city council to know their experience in the D.C. Village harmed their families. Benfer remembers one girl who, before becoming homeless, was a straight-A student and captain of her school’s dance team. After living in the shelter, she barely spoke and began pulling out her hair.

Rather than testify at city hall, Benfer says the residents asked council members to hold a hearing at the shelter.

“The city council heard every single person’s story about how they were victims of domestic violence, retaliatory eviction after they reported the lead paint that poisoned their child or poverty and living on the brink of crisis,” Benfer says. “They held up a mirror that showed city council how society had failed them, how it treated them as invisible and voiceless people.

“It was, in the way of [civil rights activist] Bayard Rustin, a brave and powerful act of protest that conferred dignity and humanity upon them and required the city to see and hear them, perhaps for the first time.”

The District of Columbia later closed the shelter and relocated its residents.

Benfer says she often thinks about that experience, especially as COVID-19 has worsened the country’s eviction crisis. Now a visiting professor at the Wake Forest University School of Law, Benfer has helped found health justice clinics at Wake Forest and at two other schools: Loyola University Chicago School of Law and Columbia Law School.

Since March 2020, she has focused on tracking eviction moratoria, researching the effects of COVID-19 evictions on racial health equity and advocating for interventions to help provide communities hardest hit by the pandemic with financial support and legal protections.

“Racial, housing and health justice are inseparable,” Benfer says. “The effects of our country’s sordid history of racially discriminatory laws and policies continue today and can be seen in disproportionate rates of housing loss among Black and Hispanic families and the lasting poor health outcomes it causes. Justice in any of these areas requires justice in all of them.”

Benfer thought she would become an international human rights lawyer. After graduating from Providence College in 1999, she joined the Peace Corps and spent two years as a volunteer, serving in Thailand, Belize and Zimbabwe.

Her career went in a different direction, however, after she worked as a law clerk with the New Haven Legal Assistance Association in Connecticut the summer before starting law school.

While helping with housing cases, Benfer visited clients’ homes to document substandard living conditions. She remembers adults and children who struggled to breathe because of rodents and mold, and that paint chips lined their doorways and windowsills.

At the Indiana University Robert H. McKinney School of Law, Benfer studied under Florence Wagman Roisman. The renowned housing law professor introduced Benfer to the Washington Legal Clinic for the Homeless, where she interned one summer and returned for a two-year fellowship after graduating in 2005.

Benfer says she’s spent most of her career “trying to move further upstream in the problem intervention.”

Benfer focused largely on the medical-legal partnership model after realizing health care providers screen for social determinants of poor health, such as housing loss, but rarely have the resources to address them. (See “A Model Approach,” February-March 2020, page 62.)

“If you add an attorney to the medical team, it becomes possible to identify legal issues that result in poor health outcomes before they erupt into a crisis,” she says.

Early in the COVID-19 pandemic, Benfer saw an opportunity to use her skill set to track eviction moratoria.

As of mid-May, more than 100 law students had volunteered to help her collect nearly 7,000 orders from governors, legislators and courts nationwide. She worked with public health researchers and sociologists to study the effects of the moratoria to support policymakers in their decisions. In one example, they analyzed the connection between lifting moratoria and COVID-19 infections and death.

Benfer also partnered with the Eviction Lab at Princeton University to build the COVID-19 Housing Policy Scorecard. Launched in April 2020, it analyzes critical measures that were included in states’ responses to eviction.

“Prior to the pandemic, eviction moratoria were only used in response to natural disasters like Hurricane Katrina and threats like the terrorist attacks of 9/11, and they were very short-term, one to two weeks,” Benfer says. “This is the first time housing has been part of a public health response on such a widespread scale. It’s critical to memorialize that and capture the effects.”

An ABA member since 2010, Benfer was appointed to the ABA’s COVID-19 Task Force and asked to chair its Eviction Committee. The committee’s task was to identify how the ABA could help stop housing instability and eviction caused by the pandemic.

The committee helped draft a resolution urging governments “to prevent an eviction crisis, housing insecurity among renters and destabilization of the housing market” during and after the pandemic by providing rental assistance.

After the House of Delegates adopted the resolution in August 2020, the ABA called on Congress to support emergency rental and foreclosure relief for millions of tenants and landlords. Lawmakers have since approved $46.5 billion in assistance.

The ABA also announced it would work with the White House to provide vulnerable families access to counsel, divert evictions and connect renters and landlords to resources. The White House Summit on Eviction Prevention was one of their first efforts, bringing together local government, judicial, legal and community leaders from 50 cities in June to develop community-based solutions.

“It can be hard and overwhelming, but she inspires you to keep doing it because she’s doing it,” Singh says. “She cares so much, and that kind of caring spreads to anyone with whom she’s working. Just by what she’s doing, she’s reminding us why we’re all there and that we have a real problem we need to solve.”

The committee became part of the Standing Committee on Legal Aid and Indigent Defense in June, because, as Benfer says, its work will continue after COVID-19.

“When I tuck my kids in bed at night, I think about the parents across the country who are worrying about where their children will rest their heads tomorrow,” she says. “It’s unimaginable, and yet the devastation of eviction is a reality for far too many families.

“But it doesn’t have to be. We have an opportunity to ensure that our post-pandemic reality is one of social justice, where home is a certainty and access to opportunity is guaranteed.”

This story was originally published in the August/September 2021 issue of the ABA Journal under the headline: “Seeking Shelter: Health justice advocate works to prevent evictions during COVID-19 pandemic.”