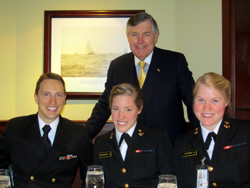 As a lawyer, it can be helpful (and wise!) to be neutral on occasion, especially when seated among a record-setting crowd at a big basketball game between two fierce rivals. That was the setting on Feb. 11 when Joan and I were privileged to attend the Army-Navy game at Christl Arena, West Point, N.Y.

Army ultimately won the historic game, the first-ever double overtime basketball contest between the two service academies in 116 meetings. After the frenetic finish, Joan and I were inspired to see the sportsmanship displayed by all of the players and coaches, as well as the traditions that concluded the event. Each team stood at attention and faced each other’s band for the playing of its school song. In that moment, we were reminded of why the dedicated people who serve our country in the military are so extraordinary.

In a constitutional law class at West Point taught exceedingly well by Col. Maritza Ryan, I was impressed by the students’ sophisticated knowledge of the justice system. During my meeting with judge advocates in Annapolis, I learned how the rule of law is implemented in the student honor code in the context of leadership. During my tours of each campus post, I witnessed how focused these young men and women are: Their 6 day workweek includes rigorous academic schedules and intense physical conditioning.

Meeting a new generation of leaders re-emphasizes our continuing responsibility in the ABA to do our part to ensure their success. I am proud to lead an association and work in a profession that takes this charge to heart.

For example, this next generation of leaders should know that the ABA works with each military service branch to support them—and their families—with their consumer and other civil legal needs, as well as by working to improve the laws that protect them with regard to their military status and responsibilities. Unfortunately, the resources of our highly talented military legal assistance lawyers are sometimes not enough, and low-income service members remain vulnerable.

The ABA’s Military Pro Bono Project works in collaboration with military legal assistance to address these cases and maintain the needed continuum of care. As part of this project, Operation Standby provides a no-cost network of lawyers across the country to provide confidential consultation to military legal assistance lawyers. ABA Home Front is another free resource, giving military families information about their rights and some solutions to problems.

At the end of this month on Memorial Day, we will again honor those who have died in the military service of the United States. Their courageous efforts to protect—and their ultimate sacrifice to defend—our country deserve our lasting gratitude and genuine appreciation, as do the thousands of men and women who are studying and training to be our next generation of heroes. 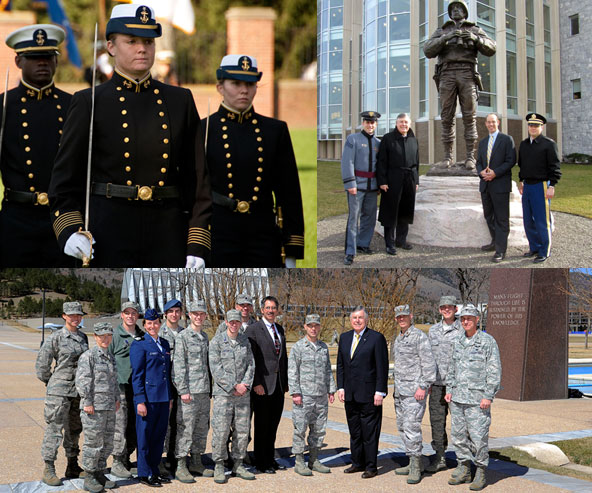