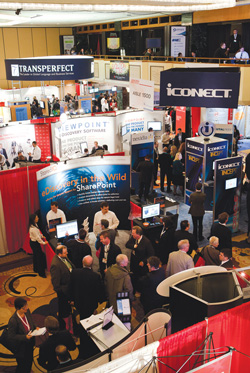 Counsel and companies toying with the idea of bringing at least some e-discovery in-house have reason for cheer: There’s a fair amount of quality e-discovery software on the market right now, and the cost savings of using the new tech for an in-house solution can be substantial.

Here’s some key advice on going the in-house route from three major corporate players who have been there and have lived to tell about it:

“The cost of bringing technology in-house and the power that technology brings has changed dramatically,” said Andrew Sherman, general counsel at Rabobank, a financial services provider for the food and agribusiness industries.

• Accept that e-discovery software is not a panacea: “I’m still a fan of people getting out there and asking questions and asking people where they have relevant data,” said Glen McFarlane, executive director of legal and compliance at JPMorgan Chase & Co. “Technology is great. It helps to be more efficient. But it doesn’t drive the process.”

• Make peace with the fact you can’t track everything. You’ll need to triage your desire for complete access to all data. “The cost to a large organization, or probably even a smaller or medium organization, to index everything—well, not only is it untenable, but it’s probably cost-prohibitive,” McFarlane said.

• Closely monitor the budgets of outside counsel: Even as law departments and corporate counsel assume more in-house responsibility for e-discovery, the need for some help from outside counsel often persists. Unfortunately, costs have a tendency to balloon if outside counsel is given free rein and little or no oversight on budget, the panelists warned. Rabobank’s Sherman, for example, said he knocked $2.5 million off an e-discovery project simply by examining the details of its proposed implementation and making a few prudent cost cuts.

• Decide on a clear-cut staffing structure for in-house e-discovery: McFarlane said Chase’s decision to parse out e-discovery projects across five work groups has worked well. Gate?keepers have been drawn from staff who know the company’s processes and where responsibilities lie.

A data “custodian”—who intimately understands the stakes of both IT and legal in organization data—oversees 20 to 30 people who preserve and collect information. A special team of attorneys coordinates projects involving inside legal, outside legal and internal IT; another team of paralegals continually teases through the data; and a manager oversees the review process for each e-discovery effort.