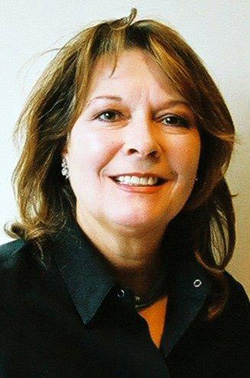 Burnelle Powell: “People wanted to be around her because [Jean’s] joy was infectious.”

In 1980, the legal ethics field was on the verge of dramatic changes. With the Watergate scandal still fresh in the public’s mind, both law schools and practicing lawyers were seeking ways to reinforce the profession’s commitment to its ethical principles. At the same time, market forces were starting to change the way law firms sought to balance traditional ethics standards with the growing need to compete in a business environment.

There also was uncertainty about what contributions the ABA would make to sorting out the growing list of ethics issues facing the profession. The association had adopted its original Canons of Professional Ethics in 1908, which were replaced in 1969 by the Model Code of Professional Responsibility. But only a decade later, the association began a comprehensive review of the Model Code that was still going on in 1980. Meanwhile, the administrative structure supporting these efforts was in a state of disarray, short on resources and lacking in staff leadership, say veterans of that era.

That was the environment in which Phoenix attorney Mark I. Harrison and the late Michael Franck, director of the State Bar of Michigan, interviewed Jeanne P. Gray, a young lawyer with the pronounced accent of her native Boston, in late 1979. After receiving her JD in 1976 from the New England School of Law, she was working as assistant bar counsel to the Board of Bar Overseers in Massachusetts.

“The Center for Professional Responsibility was in a relatively embryonic state and in a bit of chaos,” remembers Harrison, an attorney at Osborn Maledon in Phoenix who has worked on a number of ethics projects at the ABA. Ostensibly, they were considering Gray for the position of disciplinary counsel, but in reality, that position would be the de facto head of the center.

“We were both very impressed with her,” Harrison says. “She exhibited the kind of leadership qualities we thought were needed to lead the center. She was comfortable in her own skin. She had a real gift for motivating people. She had a good sense of humor and a good political sense.” But most of all, Harrison says, “she recognized the potential of the center, and she had the vision to understand how everything was interconnected.”

Gray joined the ABA staff on Jan. 2, 1980, and two years later, she was formally named director of the Center for Professional Responsibility. She held that position for another 32 years (and later also was associate executive director of the ABA’s Public Services Group) until her death April 19 after a short illness. She was 65.

“Jeanne was a true visionary,” wrote Barbara Kerr Howe of Towson, Md., chair of the center’s coordinating council, in a May 16 letter recommending that the ABA Board of Governors rename the center in Gray’s honor. “With her unshakable faith in the profession and the association, she was an inspirational and passionate advocate and selfless leader. Quite simply, Jeanne was, and spiritually remains, the foundation upon which the center’s and the association’s leadership role in this area of law—nationally and internationally—rests,” wrote Howe, a retired state court judge.

THERE FOR THE BIG BANG

One of Gray’s first major contributions as director of the center was to support efforts to make the transition from the Model Code to the Model Rules of Professional Conduct. The ABA’s policymaking House of Delegates adopted the Model Rules in August 1983. In the view of many experts in the field, the ABA’s adoption of the rules signaled the dawn of the modern age of legal ethics.

“Jeanne was there from the very beginning, the Big Bang of modern ethics,” says Andrew M. Perlman, a professor at Suffolk University Law School who served as chief reporter for the Commission on Ethics 20/20, which developed recommendations on amending the Model Rules to account for changes in globalization and technology affecting the profession. The House adopted the commission’s recommendations with minimal opposition last August at the 2012 annual meeting and in February at the 2013 midyear meeting. Ethics 20/20 was the last major project Gray worked on before her death.

“The Model Rules were an enormous development in the law of lawyering,” Perlman says. Unlike the largely aspirational tone of the Model Code, which combined statements of ethical considerations with disciplinary rules, the Model Rules “resemble the law you see in a lot of subject areas.”

The adoption of a new set of rules put greater demands on the center to provide information and assistance to states considering adoption of those rules. It also moved the center to engage in a largely continuous process of reviewing the rules through a combination of ethics opinions interpreting how they should be applied and larger reviews like Ethics 20/20 and the comprehensive review by the Ethics 2000 Commission that was initiated in 1997. Since 1983, the House of Delegates has amended the Model Rules 22 times, and the Standing Committee on Ethics and Professional Responsibility has issued 112 Formal Ethics Opinions. (The Model Rules now serve as the direct basis for lawyer conduct rules in every state except California.)

The center’s impressive record of success in the House—the most notable exception was a recommendation by the Commission on Multidisciplinary Practice to allow lawyers and other disciplines to join together as a single business that was defeated in 2000—was largely due to a combination of thorough preparation and shrewd political skills, says George Kuhlman, who worked in the center from 1983 until 2011, primarily as counsel to the ethics committee.

“Jeanne taught me that the first key to getting policy adopted in the House was to let everyone know what the ethics committee was thinking before bringing a recommendation forward. That became my absolute bible,” says Kuhlman. “We did the homework beforehand and avoided public battles with groups that opposed the proposals.”

Kuhlman also cites Gray’s commitment to keeping up with new issues in the ethics field. “She never missed a beat in identifying the hot issues that needed attention,” he says. “Moreover, she was able to make a connection between those trends and ABA policy.”

Gray’s combination of substantive perspective and political savvy was invaluable to the Ethics 20/20 Commission, says Jamie S. Gorelick of Wilmer Cutler Pickering Hale and Dorr in Washington, D.C., who co-chaired the commission with Michael Traynor of Berkeley, Calif., a past president of the American Law Institute.

Gray and committee counsel Ellyn S. Rosen “culled the most pressing issues for us to address,” says Gorelick. “That required someone of Jeanne’s breadth of insights and knowledge. She was encyclopedic in her recollections of previous efforts to reform the Model Rules, and she gave us the historic context of our work. That was extremely valuable to us.”

(Marcia L. Kladder, the center’s policy and program director, who also worked closely with the Ethics 20/20 Commission, died April 16 after a long bout with cancer.)

“There were two ideas that Jeanne kept in her head,” Gorelick says. “First, to honor the legacy of the core ethics principles that have developed over the years; and second, that our profession is not static. It is fluid, and we must adapt those values to changes in the future.”

That vision shows up in a variety of policies and projects at the Center for Professional Responsibility, Howe wrote in her letter to the Board. The center introduced a variety of new educational products on lawyer ethics, became co-publisher with the Bureau of National Affairs of the Lawyers’ Manual on Professional Conduct and introduced ETHICSearch, a service to help practitioners resolve issues in their day-to-day practices. The annual conference on professional responsibility continues to grow in size and scope. The center also has supported its committees in developing and updating the Model Code of Judicial Conduct, model rules for lawyer and judicial disciplinary enforcement, and Standards for Imposing Lawyer Sanctions.

Among her contributions, Gray was instrumental in the creation of the Association of Professional Responsibility Lawyers, which was formed in 1990 as an organization for lawyers who represent respondents in lawyer discipline cases—something of an alternative to the National Organization of Bar Counsel. “Without Jeanne, it’s highly doubtful APRL would have gotten off the ground,” says Mark L. Tuft, a partner at Cooper, White & Cooper in San Francisco who is the association’s current president. In 2010, APRL presented Gray with its inaugural Charles W. Kettlewell Legal Ethics Advisor Award.

Ultimately, it is Gray’s people skills that stand out for Burnele V. Powell, a professor and former dean at the University of South Carolina School of Law who served as the first chair of the center’s coordinating council when it was created in 1998. “She not only understood the importance of the issues, but she knew all the players, and they all liked her,” Powell says. “The memories of Jeanne that I’ll carry with me are the sense of a person who was joyous about life and her work. People wanted to be around her because that joy was infectious.”