Inside Job: Allen Pusey Is Named Editor and Publisher of the ABA Journal 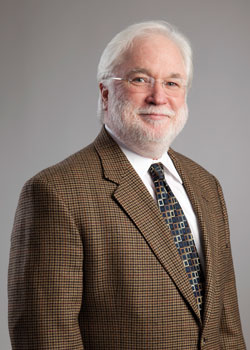 After serving as managing editor of the ABA Journal since 2007, veteran journalist Allen Pusey has been named the publication’s editor and publisher. Pusey’s promotion was announced Oct. 27 during the fall meeting of the ABA Board of Governors in Covington, Ky. He had served as acting editor since May, when his predecessor, Edward A. Adams, left the Journal to pursue opportunities in the private sector.

Pusey becomes the fourth editor and publisher of the ABA Journal in the past 11 years. The Journal is the flagship publication of the ABA and the world’s most widely circulated legal periodical.

In addition to directing the editorial and business operations of the magazine, Pusey will oversee the Journal’s email publications and website. The electronic publications are distributed to more than 400,000 readers each week. The magazine goes to all members of the association and some outside subscribers. Pusey also will be a member of the ABA’s senior management team.

“The ABA Journal is an extraordinary publication with a very unique place in legal journalism,” Pusey says. “We have a terrific staff who have fascinating stories to tell about the people and issues that shape the law in these very interesting times. Whether it’s online or in the monthly magazine, my job is to find new ways to help them continue to do so.”

Pusey was named editor and publisher after a short search process conducted by a committee of the Journal’s Board of Editors. “Allen Pusey combines the unique qualities of having journalism experience gained in top positions with mainstream media, working experience with the ABA Journal and ABA management experience,” says Rew R. Goodenow, an attorney at Parsons Behle & Latimer in Reno, Nev., who chairs the Board of Editors.

Before coming to the Journal, Pusey worked for 26 years at the Dallas Morning News as an investigative reporter, feature writer, special projects editor and U.S. Supreme Court correspondent. In one signature project, Pusey worked on a study of 14,000 Dallas County jurors and a survey of federal judges regarding their attitudes about the jury system. He also was one of the first reporters in the country to uncover the savings and loan crisis of the late 1980s.

Pusey served for 19 years as a board member of the Center for Public Integrity in Washington, D.C. He attended Davidson College in North Carolina before joining the U.S. Army and serving in Vietnam. He later graduated from the University of Texas-Dallas with a degree in sociology.