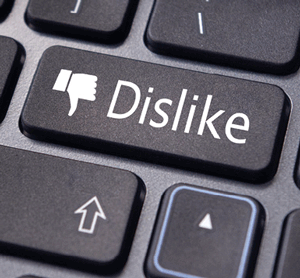 Bullying is a persistent problem for educators and lawmakers, particularly with the ubiquity and popularity of social media platforms. The problem has become so embedded in the culture that 23 states have cyberbully laws.

“Cyberbullying appears to be somewhat less frequent than face-to-face bullying, but the consequences may be even more severe,” says social psychologist Elizabeth Englander, who directs the Massachusetts Aggression Reduction Center at Bridgewater State University. “Issues like trauma, depression, anxiety, academic problems and social problems can result from cyberbullying.”

Schools have responded by amending anti-bullying codes to include cyberbullying in their social media policies, and at least 18 states have criminal laws on cyberbullying, according to Justin W. Patchin, co-director of the Cyberbullying Research Center and a criminal justice professor at the University of Wisconsin at Eau Claire. “The media and the public are paying attention to this problem because of high-profile incidents where cyberbullying was implicated in suicides,” he says.

But free-speech advocates say the breadth and vagueness of the statutory language in many of these laws puts them in jeopardy. And if a recent case in North Carolina is any indication, the debate could be headed for the U.S. Supreme Court.

In 2009, North Carolina legislators passed a criminal cyberbullying statute. The law makes it illegal for any person to use a computer or computer network to “post or encourage others to post on the internet private, personal or sexual information pertaining to minors” with the intent to intimidate or torment a minor.

Robert Bishop faced misdemeanor charges under North Carolina’s cyberbullying law for posting negative comments under a sexually themed photo of a high school classmate in Alamance County. Bishop allegedly called his classmate “homophobic” and “homosexual,” and used vulgarity toward the classmate in other posts.

Bishop was convicted in state district court and state superior court. The North Carolina Court of Appeals affirmed the superior court convic-tion and rejected Bishop’s First Amendment challenge to the law. According to the appeals court, the law regulated conduct, not speech. Even if the law reached speech, its impact was only incidental.

On further appeal, the North Carolina Supreme Court recognized that the law directly criminalizes speech. “Posting information on the internet—whatever the subject matter—can constitute speech as surely as stapling flyers to bulletin boards or distributing pamphlets to passersby—activities long protected by the First Amendment,” the high court wrote.

The court also determined in State v. Bishop that this criminal law that targets speech has to pass strict scrutiny, the highest form of judicial review. The North Carolina high court reasoned that states have a compelling interest in protecting minors “from physical and psychological harm.” However, the court determined the law had many problems.

The court noted that the law did not require that the subject of an online post suffer an injury as a result of the post. Thus, the law “sweeps far beyond the state’s legitimate interest in protecting the psychological health of minors.”

The court also noted that the law failed to define the key terms intimidate or torment, which the state contended should be defined as “to make timid, fill with fear” and “to annoy, pester or harass,” respectively.

“The protection of minors’ mental well-being may be a compelling governmental interest, but it is hardly clear that teenagers require protection via the criminal law from online annoyance,” the court wrote. “However laudable the state’s interest in protecting minors from the dangers of online bullying may be, North Carolina’s cyberbullying statute ‘create[s] a criminal prohibition of alarming breadth.’ “

UCLA law professor and free-speech expert Eugene Volokh, who filed an amicus brief on behalf of the Electronic Frontier Foundation, says the North Carolina law criminalized much of protected speech. He explains that the law could cover “a girlfriend’s excoriating her cheating ex-boyfriend on a Facebook post or people emailing each other about some high school cheating scandal.”

“Such restrictions on people’s ordinary self-expression and discussion can’t be proper,” Volokh says. “Indeed, it seems quite likely that giving a teenager a criminal record for such speech would itself be extremely distressing and in rare cases can itself lead to suicide. People should be nice to each other, but the law can’t enforce such a requirement, even in the interests of protecting minors.”

The decision is not terribly surprising because of the breadth of the statutory language, says James C. Hanks, author of School Bullying: How Long Is the Arm of the Law? (published by the ABA). “In this day and age, we have to put up with some annoyances,” Hanks says.

“The wording of the North Carolina statute doesn’t require any harm being shown to the victim,” Hanks explains. “This is different from most of the other civil and criminal laws pertaining to bullying. Most of them require a link to some negative effect upon the victim. Key language missing is language such as ‘likely to cause another person harm.’ “

Volokh doesn’t think such laws should aim to ban cyberbullying. “If they want to ban true threats of violence, for instance, they can,” he says. “If they want to ban unwanted speech to a person, they can do that, just like many telephone harassment statutes do. But if a legislature wants to ban nonthreatening, nonlibelous but distressing or offensive speech about a person, online or offline, that violates the First Amendment.”

Patchin has been studying cyberbullying with Sameer Hinduja since 2002, who also co-directs the Cyberbullying Research Center and is a professor in the School of Criminology and Criminal Justice at Florida Atlantic University.

Patchin says some people do “interpret these rulings as evidence that we cannot restrict online speech at all. I don’t agree with that approach. We just have to be careful in how we craft these laws.”

Patchin thinks criminal law should be employed only as a last resort, especially when the behaviors involve adolescents. “But, if efforts by schools and parents fail, then there should be an additional mechanism to address egregious examples of harmful online speech,” Patchin says.

Criminal prosecutions for cyberbullying are relatively rare. “There’s no good data on this question, but I regularly ask police officers how often they charge, and it isn’t often,” he says.

Englander agrees. “My impression is that cyberbullying is not frequently prosecuted as a crime,” she says.

“These kinds of cases make me feel for educators, who really don’t have sufficient guidance from the courts,” says Patchin. “Police officers struggle with these issues, as well.”

The legal landscape is less than clear, and Patchin thinks that it will take more litigation to resolve the constitutionality of many of these laws.

“Eventually, the U.S. Supreme Court will have to address the constitutionality of a criminal cyberbullying law,” he says. “The bottom line is that we need to sort this out. There are certain things that people shouldn’t be able to say online. There definitely is a line somewhere, but the courts haven’t really defined where that line is.”

This article originally appeared in the November 2016 issue of the ABA Journal with this headline: “Is Cyberbullying Free Speech? North Carolina Supreme Court invalidates a cyberbullying law on First Amendment grounds, and other challenges might follow.”