It's Not Just the Economy: Congress Will Face a Full Agenda of Justice System Issues 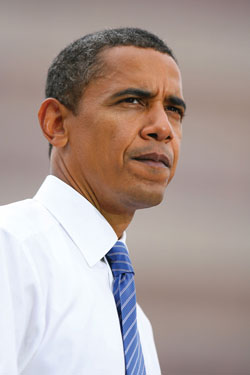 While pressing economic matters will be at the top of the to-do list for the 113th Congress when it convenes Jan. 3, a range of issues relating to the justice system also will be vying for the attention of federal legislators.

Judicial nominations. ABA President Laurel G. Bellows urged U.S. President Barack Obama to redouble his efforts to fill vacancies on the federal bench during his second term in office. In a letter sent to Obama shortly after he was re-elected on Nov. 6, Bellows noted that, absent action during the lame-duck session, the 113th Congress will face a staggering number of more than 90 vacancies, approximately the same number that existed at the start of the 112th Congress. “A significant and lasting reduction of vacancies on the federal bench will require your administration and the Senate to engage in a concerted, sustained and cooperative effort,” wrote Bellows, who is principal of the Bellows Law Group in Chicago. She urged Obama to make a special effort to nominate individuals for vacant seats that have been classified as judicial emergencies by the Administrative Office of the U.S. Courts.

Cybersecurity. During the 112th Congress’ lame-duck session following the elections, the Senate failed to garner the 60 votes it needed to proceed to consideration of the Cybersecurity Act of 2012. This was the second attempt to bring the legislation to the Senate floor for a vote. The bill would have provided for development of private-sector cybersecurity practices and would have encouraged their adoption by companies involved in critical aspects of the nation’s electronic and communications infrastructure.

Recognizing that cybersecurity of the nation’s digital infrastructure is a national priority and a shared public-private responsibility, the ABA Board of Governors adopted policy in November identifying five principles to guide the executive and legislative branches when considering proposals and policies to improve cybersecurity.

Immigration. President Obama announced after his re-election that he would move quickly to enact comprehensive immigration reform, a goal he did not achieve in his first term. The ABA supports comprehensive immigration reforms that focus on family reunification and employment skills, channels for new workers to enter this country, a path to legal status, and enhanced border security. The association also has been active in efforts to improve the immigration court system and ensure due process safeguards.

Criminal justice. Congressional initiatives include bipartisan legislation to reduce federal prison costs. Recent studies indicate that federal prisons are operating at almost 40 percent over capacity, and prison costs are threatening to engulf the Justice Department’s budget at the expense of other critical programs. The ABA and other groups support legislation that would allow early release credits for prisoners who participate in programs such as drug treatment, education, job training and prison industries.

The association also is concerned about the overcriminalization of certain offenses and is working with a broad coalition to develop a joint agenda on the issue. Also expected to be on the front burner in the criminal justice area is funding for legal assistance to low-income criminal defendants and the Second Chance Act, which helps former inmates successfully return to their communities.

Violence Against Women Act. Reauthorization of VAWA is expected to be on the agenda for the 113th Congress after bills to extend the act stalled at the end of the 112th Congress, although there was a possibility Congress would take up the act during its lame-duck session. First enacted in 1994, VAWA’s current authorization expired in 2011.