It's unethical for prosecutors to allow debt collectors to use official letterhead, says ABA opinion 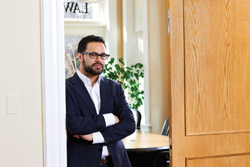 The ABA's most recent ethics opinion pulls no punches in stating emphatically that it is a clear violation of the Model Rules of Professional Conduct for prosecutors to provide official letterhead to debt-collection companies that then create demand letters threatening prosecution to scare individuals into paying their debts.

Such conduct "gives the impression that the machinery of the criminal justice system has been mobilized against the debtor, and that unless the debtor pays the debt, the debtor faces criminal prosecution and possible incarceration," states the opinion, which was issued Nov. 12, 2014, by the Standing Committee on Ethics and Professional Responsibility.

Many ethics experts and consumer rights lawyers welcome the opinion. "My first reaction was 'Hallelujah,' " says consumer rights attorney Deepak Gupta, who is founding principal at Gupta Beck in Washington, D.C. "It is about time that the organized bar condemn these schemes. I have been concerned for a long time that this isn't just a violation of consumer protection laws but also a basic violation of legal ethics."

The practice has become prevalent, especially as prosecutors' offices have felt the financial pinch of government budget cutbacks during the past several years. While prosecutors generally have recognized their ethical responsibilities, Formal Opinion 469 states, "occasionally practices have taken hold in prosecutors' offices that, while driven by budgetary exigencies, fall short of their higher calling."

"The problem is incredibly widespread," says Keith Swisher, a professor at Arizona Summit Law School in Phoenix. "Hundreds of district attorneys' offices are selling their prosecutorial authority to debt collectors and debt education providers," says Swisher, who teaches professional responsibility. "By misleading consumers with the threat of criminal prosecution and using ghostwritten letters laden with the district attorneys' seals and signatures, the debt collectors are engaging in an unfair debt-collection practice. But for this 'partnership,' no debt collector would be permitted to employ this unfairly effective tactic."

In Gupta's view, "this really is a pernicious practice that targets the most vulnerable consumers. These programs aim to take the last dollar from innocent people's pockets, using scare tactics and false threats of prosecution and jail time. This is a widespread problem that is occurring all over the country. In an era of shrinking prosecutorial budgets, I guess one can understand the impulse to do it, but it simply is not the right way to do things."

VARIATION ON A THEME

Actually, the ABA ethics committee has been addressing the relationship between attorneys and debt collectors since at least 1932. From the beginning, the committee has focused primarily on whether lawyers were helping debt collectors engage in the unauthorized practice of law and whether certain relationships with debt collectors amounted to lawyer misconduct. In 1943, with the ABA Canons of Professional Ethics still in effect, the ethics committee issued Formal Opinion 253, which concluded it would be unethical for a lawyer to allow a client to use the lawyer's stationery to deceive a debtor into believing that the debt had been referred to the lawyer, and that the lawyer had written the collection letter.

The Model Rules were adopted by the ABA House of Delegates in 1983. They are the basis for binding professional conduct rules in every state, although California follows a different format.

Misconduct and UPL still are the committee's primary concerns in Opinion 469, but its earlier opinions involved debt collectors using the stationery of lawyers in private practice. "Such letters written on prosecutors' letterhead are even more deceptive," the opinion states, "because they misuse the criminal justice system by deploying the apparent authority of a prosecutor to intimidate an individual." Accordingly, prosecutors who engage in these arrangements violate ABA Model Rule 8.4, which states that "it is professional misconduct for a lawyer to engage in conduct involving dishonesty, fraud, deceit or misrepresentation."

Michael P. Ambrosio, a law professor at Seton Hall University School of Law in Newark, New Jersey, says the ethics committee also could have found a violation of Model Rule 8.4(d), which prohibits engaging in conduct prejudicial to the administration of justice, "because this conduct would be an abuse of the prosecutor's authority and, as such, would undermine public confidence in the prosecutor's office and the administration of the justice."

MESSAGE FOR YOU, SIR

On the issue of UPL, Opinion 469 concludes that a prosecutor who provides official letterhead to a debt-collection company without conducting any review of the letter drafted by the company or making any determination of whether a crime was committed by the debtor violates Model Rule 5.5(a), which states that "a lawyer shall not practice law in a jurisdiction in violation of the regulation of the legal profession in that jurisdiction, or assist another in doing so."

The opinion states that, in the collection area, "a nonlawyer may negotiate, adjust and settle a debt on behalf of a creditor, but a nonlawyer cannot give legal advice, institute litigation or threaten to sue on behalf of another."

"I'm pleased with the analysis of the ABA ethics opinion overall," Gupta says, "because it gets to the heart of the problem: deception and misuse of prosecutorial authority. I hope that prosecutors realize that they need to pay attention to what is being done under their names. The opinion is significant because it sends a message that prosecuting attorneys are not free from accountability for participating in this type of arrangement."

The ABA opinion cites a 2013 Oregon law that prohibits prosecutors from allowing debt collection companies to use their letterhead. "The Oregon law is hopefully trend-setting," says Swisher. "Many were understandably upset when these programs came to light a couple of years ago, and Oregon has taken a lead in eradicating this abusive tactic. The ethics opinion—highlighting the abuse and Oregon's example—could only help to spur further scrutiny."

Gupta concurs. "It's encouraging that Oregon has passed a law banning prosecutors from renting out their letterhead to debt collectors," he says. "I hope and expect that more states will follow Oregon's example, and I hope the ABA's sensible opinion helps guide them in the right direction. I'm also optimistic that the courts and consumer protection regulators will put an end to the practice."

This article originally appeared in the January 2015 issue of the ABA Journal with this headline: "Stop Sign: Prosecutors who allow debt collectors to use official letterhead sound an ethics alarm, ABA opinion says."