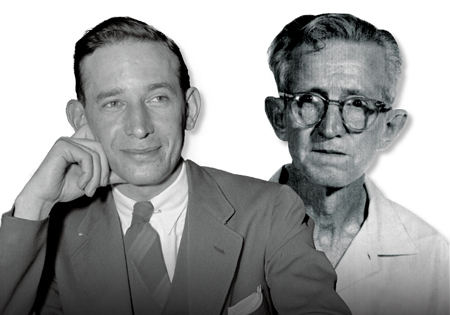 In the 1960s, Tennessee prison officials placed inmate William Joe Johnson in solitary confinement for assisting other inmates with legal petitions. The Tennessee State Penitentiary had a rule that prohibited inmates from advising, assisting or otherwise contacting other inmates to help in legal matters with or without a fee. However, the inmate known as “Joe Writs” ignored this rule and continued to file legal papers for other inmates. He took his battle all the way to the U.S. Supreme Court, culminating with a stunning legal victory in Johnson v. Avery (1969).

The Supreme Court ruled that because the state of Tennessee did not provide an adequate alternative for inmates to access the courts, the prison officials’ broad rule that banned inmates from assisting other prisoners was unconstitutional. “Tennessee does not provide an available alternative to the assistance provided by other inmates,” the court explained.

The case opened the door for prisoners’ rights and access to the courts—a tradition that remains in place today, despite continued institutional efforts to restrict the practice.

Celebrated in the slammer

Some jailhouse attorneys have attracted widespread attention for their legal acumen. Florida inmate and convicted pool hall thief Clarence Earl Gideon successfully petitioned for Supreme Court review, emphasizing that Florida state courts erred in refusing his request for an attorney. The high court accepted Gideon’s case and appointed him a high-powered Washington, D.C., lawyer named Abe Fortas. The court ruled in the inmate’s favor in the celebrated decision of Gideon v. Wainwright (1963), which extended a defendant’s right to counsel to the states. Ironically, Fortas later became a Supreme Court justice and authored the court’s decision in Johnson v. Avery.

New York inmate Jerry Rosenberg advised the leaders of the Attica prison uprising and became, in the words of biographer Stephen Bello, “America’s greatest jailhouse lawyer.” Incarcerated for 46 years, Rosenberg earned two law degrees from correspondence schools while he was behind bars. “Of all the jailhouse lawyers, he was the greatest and the best known,” defense lawyer Ronald L. Kuby told the New York Times regarding Rosenberg’s death in 2009.

Jailhouse lawyers still serve a vital need in prisons, which have seen a reduction in legal resources in recent years. Convicted Nebraska bank robber Shon R. Hopwood famously filed Supreme Court petitions for fellow inmates, including one for John Fellers that ultimately led to a Sixth Amendment victory in Fellers v. United States (2004). In his memoir, Law Man: My Story of Robbing Banks, Winning Supreme Court Cases and Finding Redemption, Hopwood recalls modestly that he was “becoming a decent jailhouse lawyer.” Hopwood pursued a JD after he was released from prison in 2008 and is now a professor at Georgetown University Law Center.

“Following the Supreme Court’s 1996 ruling in Lewis v. Casey, prisoners were left with an attenuated right of court access,” says Alex Friedmann, managing editor of Prison Legal News. “Prison law libraries alone, in the facilities that still have them, do not provide meaningful access because many prisoners are functionally illiterate, mentally ill or unfamiliar with legal research.

“Asking a prisoner with no legal training to litigate their own case is like asking someone with no medical training to remove their own appendix. Thus, jailhouse lawyers who are familiar with the law and legal research fill an important need within prisons. They assist prisoners in obtaining access to the courts where such access would otherwise be impossible,” Friedmann adds.

Hopwood says, “Jailhouse lawyers are hugely important to access to the courts [because] there is no way prisoners—many of whom don’t have a high school education, let alone college—are able to learn the law quickly enough to meet legal deadlines,” particularly in habeas corpus cases. 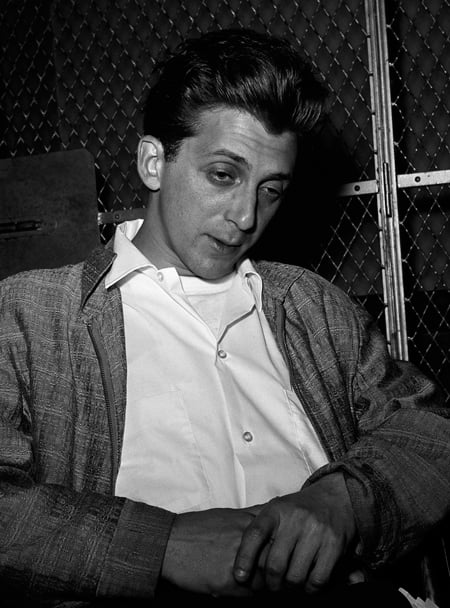 In a May 23 ruling, a federal district court in California reiterated that a Spanish inmate must submit his court filings in English. The court wrote that it wouldn’t provide a translator or translate the court filings from Spanish to English. The court emphasized that one way prisons could aid access to justice was through jailhouse lawyers. The court explained in Ruiz v. Mobert: “The use of jailhouse lawyers is one recognized avenue available to ensure that non-English-speaking and/or illiterate inmates have meaningful access to the courts.”

However, prison officials generally do not view jailhouse lawyers as valuable purveyors of knowledge. Instead, they are often treated as meddlesome nuisances. “Jailhouse lawyers continue to face retaliation from prison staff for providing legal assistance to fellow inmates,” says Joseph Payne, editor-in-chief of A Jailhouse Lawyer’s Manual. “By providing this assistance, jailhouse lawyers frequently risk losing prison privileges, having their property seized or destroyed, or even solitary confinement.”

For example, Pennsylvania inmate Thomas Wisniewski alleged that prison officials removed him from his position as an inmate legal reference aide at the State Correctional Institution in Huntingdon, Pennsylvania, in retaliation for helping other prisoners with legal matters. He contended this violated his First Amendment rights.

According to Wisniewski’s lawsuit, prison officials removed him from his job, interfered with his access to legal materials, and engaged in other retaliatory conduct because he assisted another inmate with filing a grievance and possessed other related papers.

A federal district court summarily dismissed his lawsuit. However, on May 16, a three-judge panel of the 3rd U.S. Circuit Court of Appeals at Philadelphia reinstated his claims in Wisniewski v. Fisher. The appeals court panel reasoned that removing an inmate from a job simply for filing a grievance or helping other inmates is improper. His amended complaint adequately alleged a connection between his provision of legal assistance and the retaliation he suffered.

Hopwood says jailhouse lawyers often face pushback. “I didn’t personally face retaliation, but that’s because I didn’t litigate civil rights claims against prison officials until my last year in prison,” he says. “The staff basically left me alone, as long as I litigated criminal cases.”

At least one inmate has been charged with theunauthorized practice of law. Serendipity Morales, a prisoner at the Marble Valley Regional Correctional Facility in Rutland, Vermont, was charged with six counts of UPL for assisting other inmates. Morales didn’t charge for her services, but she also didn’t possess a formal legal education.

The Vermont Supreme Court was skeptical of the charges and rejected them in In re Morales (2016), particularly because “incarcerated inmates are especially disadvantaged in trying to get legal information and advice.” The state high court recognized prisoners frequently file pleadings without lawyers’ advice.

“Individuals in prison with some legal knowledge have, for years, frequently helped less sophisticated inmates with legal matters, usually without facing prosecution for the unauthorized practice of law,” Justice Beth Robinson wrote for the court. “Many important prisoners’ rights cases were initially filed by prisoners who were not represented by lawyers.”

The state high court added that “in contrast to a layperson who is not incarcerated, many inmates cannot seek a second opinion from another lawyer, research a legal question online, or visit a law library.”

“Serendipity’s case was so great because she didn’t ask to be paid, even in canteen soup,” says Morales’ attorney, public defender Kelly Green of the Prisoners’ Rights Office in Montpelier. “She just loves the law and helping her fellow inmates. To me, the charges were offensive because by assisting other inmates to navigate the legal system, Serendipity was being pro-social, one of the goals of the criminal justice system.”

This article appeared in the August 2017 issue of the ABA Journal with the headline “A Tradition of Jailhouse Lawyers: Amateur attorneys fill vital need for inmate access to the courts"