Law enforcement is using location tracking on mobile devices to identify suspects, but is it unconstitutional? 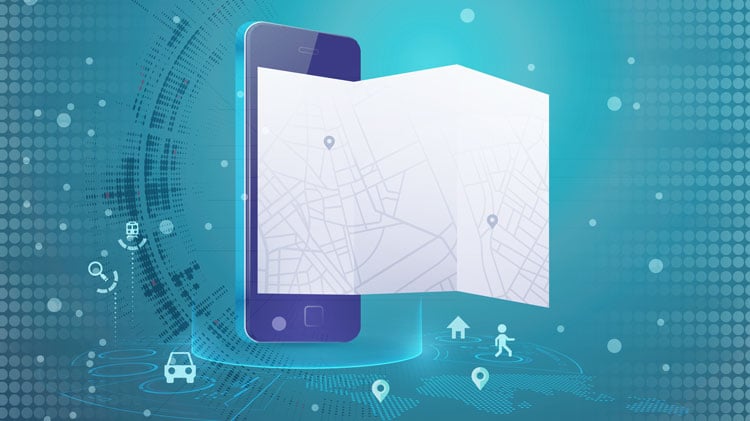 On May 20, 2019, a man wearing sunglasses, jeans and a reflective vest entered the Call Federal Credit Union in Midlothian, Virginia, brandished a gun and demanded cash. He made off with $195,000.

Four months later, the U.S. Department of Justice indicted 24-year-old Okello Chatrie for the robbery. Authorities arrested Chatrie after presenting Google with a “reverse location”—or geofence—warrant for information on account holders whose mobile devices were near the scene of the crime.

Google can gather location data from people who use Google Maps and other services on their mobile devices. The company says it stores this data only for account holders who have opted into the “location history” feature.

But people who have opted in can manually delete this data. In June, Google said it would automatically delete location history data after 18 months.

The use of reverse location warrants with Google and other companies tracking location data has exploded since that type of warrant first was used by federal authorities in 2016. By late 2019, Google says it was receiving up to 180 such requests for warrants each week, reflecting a 1,500% increase between 2017 and 2018 and a 500% increase from 2018 to 2019.

“We are in a moment where it has never been clearer how deadly every police encounter can potentially be, especially for Black Americans and communities of color more broadly, Cahn adds.”

Privacy and civil rights advocates also say the geographic scope of these warrants gives police information about people in private locales, such as their homes or doctors’ offices.

“The technology doesn’t differentiate between inside and outside. It is, by definition, going to locate people inside of constitutionally protected spaces,” says Michael Price, who is senior litigation counsel for the Fourth Amendment Center at the National Association of Criminal Defense Lawyers and one of Chatrie’s attorneys.

“These warrants have proven to be helpful in solving crimes such as pattern burglaries, arsons and sexual assaults,” Sandra Doorley, president of the District Attorneys Association of the State of New York and district attorney of Monroe County, said in a written statement.

In Chatrie’s case, the police served Google with a warrant for information about account holders within 150 meters of the bank between 3:50 p.m. and 5:50 p.m. on the date of the robbery.

Google then provided police with one hour of location information for 19 anonymized accounts. Authorities then sought additional data from Google for nine people, then further narrowed their request to three people—obtaining those individuals’ names, email addresses, subscriber information and phone numbers. Chatrie was arrested.

Chatrie is now asking a federal judge in Richmond, Virginia, to suppress evidence uncovered as a result of the warrant. His lawyers argue the warrant is unconstitutional, characterizing it as “a general warrant purporting to authorize a classic dragnet search of every Google user who happened to be near a bank in suburban Richmond during rush hour on a Monday evening.”

The government counters the warrant was “narrowly constrained based on location, dates, and times.” It says the limited geographic and time scopes make the warrant “particular”—lingo from the Fourth Amendment that states warrants must “particularly” describe the place to be searched and the persons or things to be seized. At press time, a hearing on the motion to suppress evidence was scheduled for Nov. 17.

“Judges may know the size of an area being tracked and the duration, but it’s impossible for them to know how many people were in that area,” Cahn says.

He adds that a reverse location warrant for even a short time at a crowded spot—such as Times Square in Manhattan—could uncover data for thousands.

Jody Westby, chair of the ABA Science & Technology Law Section’s Privacy and Computer Crime Committee, compares geofence warrants to “putting a net in the ocean, then inspecting every single fish that comes up.”

But some criminal procedure experts say they can envision circumstances under which geofence warrants would be constitutional.

Stephen Smith, a retired federal judge and director of Fourth Amendment & Open Courts at Stanford’s Center for Internet and Society, says determining whether a geofence warrant is “particular” could come down to evaluating whether it’s likely to yield information only about suspects.

To date, three judges have issued written opinions about geofence warrants; one judge issued the warrant, and two others refused.

The rejected requests were both part of the same drug theft and trafficking probe in the Northern District of Illinois, Eastern Division. Most details remain under seal, but the opinions say the government had sought three reverse location information warrants from Google.

One warrant sought data about people within a 100-meter radius in “a densely populated city,” in an area with restaurants, businesses and at least one “large residential complex,” for a 45-minute period on a specific date, according to a ruling issued in July by U.S. Magistrate Judge David Weisman.

Weisman rejected the government’s application. “The vast majority of cellular telephones likely to be identified in this geofence will have nothing whatsoever to do with the offenses under investigation,” he wrote.

But he also gave the authorities a road map. “If the government had constrained the geographic size of the geofence and limited the cellular telephone numbers for which agents could seek additional information to those numbers that appear in all three defined geofences, the government would have solved the issues of overbreadth and lack of particularity,” Weisman wrote.

In August, U.S. Magistrate Judge Gabriel Fuentes rejected an amended request for a warrant in the same matter. The amendments apparently did not incorporate Weisman’s suggestion. “The potential to use Google’s capabilities to identify a wrongdoer by identifying everyone (or nearly everyone) at the time and place of a crime may be tempting,” Fuentes wrote. “But if the government can identify that wrongdoer only by sifting through the identities of unknown innocent persons … a federal court in the United States of America should not permit the intrusion.”

In late October, U.S. Magistrate Judge Sunil R. Harjani, also in the Northern District of Illinois, granted the government’s request for six geofence warrants sought as part of an investigation into 10 arsons in the Chicago area. The details are under seal.

The warrants directed Google to provide data that could identify people near the locations of two of the fires (including nearby streets), for time periods ranging from 15 to 30 minutes.

Harjani found the warrants sufficiently limited in time and location to be constitutional. “It is nearly impossible to pinpoint a search where only the perpetrator’s privacy interests are impacted,” he wrote. “The proper line of inquiry is not whether a search of location data could impact even one uninvolved person’s privacy interest, but rather the reasonableness of the search.”

At least one innocent person already has been arrested after the police obtained a geofence warrant.

Arizona resident Jorge Molina spent six days in jail as a result of a reverse location warrant obtained by Avondale police who were investigating a shooting death. Google information showed a device that Molina had signed into was at the crime scene at the time of the killing, and security footage showed the shooter in a car like Molina’s. But Molina said he had signed into the phone of his mother’s ex-boyfriend, Marcos Cruz Gaeta, who also used to borrow his car.

The police later arrested Gaeta, and Molina is now suing the city and the police for defamation and other claims.

In April, New York state Sen. Zellnor Myrie and Assembly member Dan Quart introduced the Reverse Location Search Prohibition Act, which would ban geofencing warrants and require judges to suppress any evidence garnered as a result of reverse location search. “For hundreds of years, law enforcement has been solving crimes of this nature without the use of warrants,” Quart says.

Quart says information about people he represents on the Upper East Side of Manhattan may have been seized via a geofence warrant obtained by New York District Attorney Cy Vance.

Vance’s office sought the data as part of an investigation into an October 2018 fight between members of the far-right group the Proud Boys and protesters. It did not lead to any new arrests.

“It’s easy to see how a geofence warrant could be specifically targeted towards those engaging in a lawful protest,” he adds. “I have great concerns—especially in this day and age.”

This story was originally published in the Dec/Jan 2020-2021 issue of the ABA Journal under the headline: “Warranted Intrusion? Law enforcement is using location tracking on mobile devices to identify suspects, and some say it’s unconstitutional.”