Flexible hours, long vacations and the ability to pick and choose your assignments.

Yes, it’s actually a possibility for lawyers—if you become a legal freelancer, an option that’s appealing to more attorneys every year. Lawyer Exchange, Montage Legal Group, LegalBee, Aggregate Law, Hire an Esquire and a handful of other companies were created to specifically connect freelance lawyers with law firms.

For example, 25,000 lawyers have signed up for UpCounsel, which provides vetted freelance attorneys to law firms, businesses and individuals. UpCounsel has been growing by 5 percent monthly, according to Mason Blake, co-founder and chief technology officer of the San Francisco-based company. Since its launch in 2013, UpCounsel has grown its revenues an average of 100 to 300 percent year over year, in part because of the thousands of new customers per year, Blake reports. In addition, the number of new matches has continued to grow proportionally.

More businesses are on the platform: Over 18,000 businesses have used UpCounsel, and many use it as their primary legal solution, according to Blake. A growing number of businesses are having greater, more complex and more diverse legal needs that require more lawyers to be procured, he says.

“Buyers are increasingly driven to purchase legal services online, decoupled from traditional institutions, to access quality and convenience without the high costs,” Blake says. “With the increasingly high number of lawyers choosing to work outside of the traditional firm or corporate legal department, there is a large supply of talent to meet the growing demand.”

The freelance lawyers are also known as consultants, contractors or litigation support personnel—or they’re law school graduates who haven’t landed at a full-time firm yet. They’re all freelancing for various reasons.

They tend to set their own rates per project, which can range from about $70 per hour to $250 per hour. If a firm hires a lawyer via a freelance legal site, the site usually receives about 12 percent to 40 percent of the total rate charged depending on the project and the company.

Matthew Kidd, a Boston attorney, started his legal career taking court-appointed criminal cases, where he learned the basics of the court and trial process. But he wanted to dabble in other areas of law, such as civil matters. So he turned to freelancing.

He finds freelance work satisfying—instead of focusing on one part of a case and then handing it off to someone else, the case is his from inception to completion.

A recent gig included taking a personal injury client whose case was stuck with a large firm for nearly two years, with the statute of limitations nearly expiring.

“I wrote the insurance company a final demand letter and was able to reach a great settlement for the client,” Kidd says.

But while there’s a lot of satisfaction in legal freelancing—and Kidd says he’d recommend it to others—he also says that before jumping in, attorneys should know that they will have no support staff, fewer resources and much more responsibility and liability than they would have working as part of a firm. 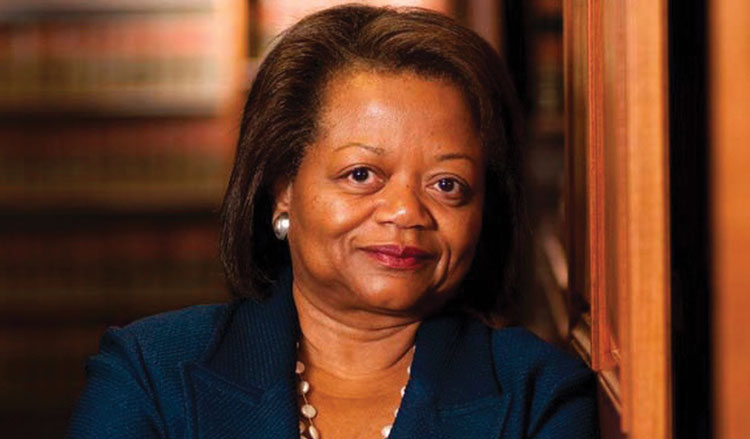 That’s also one of the benefits, says Sharon Davison, who freelances from New York City.

“I went on my own to have more control of my finances and my practice,” says Davison, who became a full-time freelancer in November 2017. Davison had become dissatisfied with her full-time lawyer gigs with firms, believing the other attorneys weren’t interested in the clients that she enjoyed working with.

Davison’s clients are usually long-term, though she says she could use more clients with consistent work.

“My hours are up and down depending upon what I am working on,” says Davison, who is mostly making ends meet but always actively looking for more work via networking groups, other freelance lawyers, client referrals, accountants and friends.

There are an abundance of ways for legal freelancers to find work—and for law firms to find them.

Christopher Earley, an attorney in Boston who runs a three-person firm, has been hiring freelance lawyers he finds on Cragislist for about a decade for coverage at routine court appearances and for defending depositions.

“They provide cost-efficient assistance, which allows me to focus on other aspects of my practice,” Earley says.

Recently, he asked a freelancer to attend a pretrial conference for a smaller case.

“The conference was far from my office and ended up taking all morning,” Earley says. “By utilizing a freelancer, I was able to save time and remain in the office to attend to other matters.”

Paul Cannon, an attorney and a shareholder at Simmons and Fletcher in Houston, says he finds freelancers via posting ads at local law schools. The freelancers are used for hearings, research and writing projects on briefs and motions.

Cannon’s personal injury practice has six lawyers and 30 staff, and the freelancers are a huge benefit.

“Freelancers help us move cases faster and handle larger caseloads than we could if we had to personally draft every brief, attend every status conference and write web content all ourselves,” Cannon says.

Other firms appreciate the flexibility that freelancers offer.

Chelsie Spencer, an attorney and owner of Ritter Spencer in Addison, Texas, says she hires freelancers for myriad work assignments ranging from legal matters to event planning to graphic design.

They are currently looking to hire a freelance paralegal.

“I find most freelancers are often quite flexible with their time and are available to speak after hours and on weekends when I am less tied up with client matters,” Spencer says. “Using freelancers also ensures you are focusing on a niche that the firm needs addressed—no single employee can meet the needs of the firm, and by freelancing, we ensure we are getting someone with experience in the niche that we need.”

This article was published in the April 2019 ABA Journal magazine with the title "Bull Market."