Being green is bringing green to a handful of law firms. “Sustainable,” “green” and “socially responsible” aren’t buzzwords typically equated with law firms. But attorneys around the country are using their sustainable efforts to draw business by attracting clients seeking lawyers who embrace this greener lifestyle.

At Perlman & Perlman, a boutique law firm headquartered in New York City that has six partners, the practice revolves around responsible organizations, and it tries to use its business to do good in the world.

“We’re values-driven—everyone here could make more working at a bigger firm, but we choose to be here because we want the firm to represent our personal values,” says Allen Bromberger, a partner at Perlman & Perlman.

Bromberger says his firm has always recycled, it has generous personnel policies, and it is always looking to make the office even more sustainable. But it’s one thing to tell clients that the firm is socially responsible, and it’s another thing to prove it to them.

So he turned to B Lab, a Berwyn, Pennsylvania-based nonprofit founded in 2006, which certifies for-profit companies that choose to hold themselves accountable in the social responsibility field.

Just like Etsy and Warby Parker, Bromberger’s firm went through a complicated self-assessment appli-cation to become a B Corp, or benefit corporation. This included examining job creation, their corporate responsibility, the effect on the community, and the overall impact of the companies on their stakeholders.

Perlman & Perlman made the decision to become a B Corp in 2009, and it was certified in 2011. Every two years it has to recertify, but the hard work is worth it in many ways, Bromberger says.

“We use the B Corp logo throughout our marketing materials, mostly to indicate our values orientation to the outside world,” Bromberger says. “For people who know B Corps, this branding is an attractor.”

Perlman & Perlman partner Karen Wu agrees, adding that being a B Corp forces the firm to live its values. She notes that she strives to send, receive and maintain documents electronically instead of on paper, and that members of the firm try to minimize use of disposable plastic items such as cups or plates.

“As a firm that focuses on serving nonprofits and socially responsible businesses, I think it is important that we operate with strong values,” she says. “I appreciate that the B Corp certification standards provide us with a structured approach to continuously evaluate our impact on people, the environment and the community.”

Meanwhile, the strict B Corp audit and renewal process is also useful in keeping the firm honest and forces it to regularly think about how it does business, according to Bromberger.

“Being a B Corp signals to other values-driven businesses that your law firm speaks that same language, shares the same values, and meets the most rigorous standards for business as a force for good,” says Jay Coen Gilbert, co-founder at B Lab. 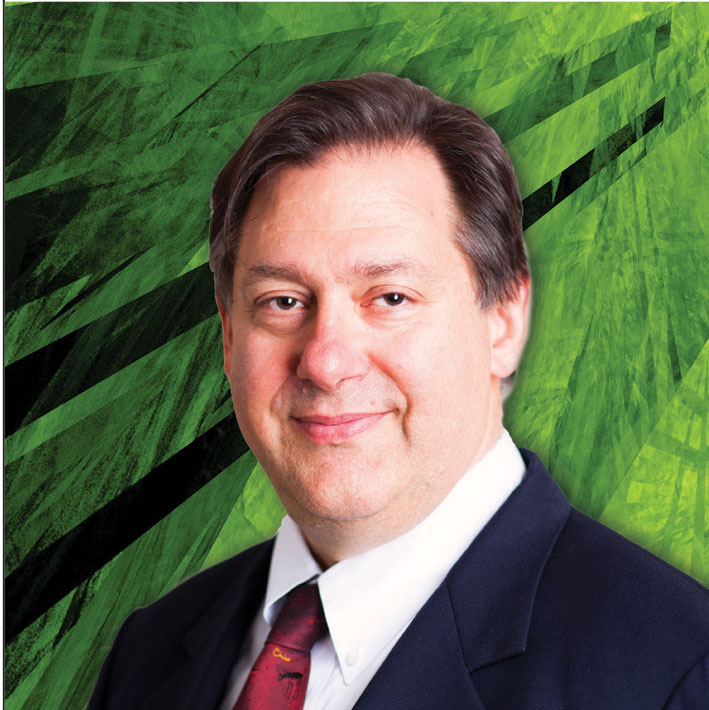 Allen Bromberger: “We’re values-driven—everyone here could make more working at a bigger firm, but we choose to be here because we want the firm to represent our personal values.” Photographs by Steve Wu; Ali Mazraie Shadi/Shutterstock.com.

When you speak the same language, you’re more likely to pay more for services, according to a 2015 Nielsen survey, which reported that consumers are looking at websites to learn about the prospective businesses’ practices before hiring.

Of those surveyed, 66 percent say they would pay more for organizations that were socially responsible, and more than half say they are influenced by key sustainability factors, such as a company being environmentally friendly or being known for its com-mitment to social value. Personal values were more important to them than personal benefits, such as the cost of the service or the convenience.

But while more than two-thirds of senior executives say their companies are more committed to corporate citizenship than they were three years ago, the public doesn’t agree, skeptically saying that about one-third is doing better, according to Nielsen.

It takes a third party to justify the efforts.

“It’s important for me to be valued and to walk the walk,” says John Montgomery, founder of Lex Ultima, a law firm and consulting company in Point Reyes Station, California, dedicated to helping businesses transition more seamlessly into B Corps.

His office is energy-efficient—using 100 percent renewable power. He has an on-demand water heater, LED lights and a low environmental footprint. Being a B Corp simply verifies his efforts.

“As a startup lawyer, the economic data shows that businesses that adopt principles of sustainability outperform their conventional peers,” Montgomery says. 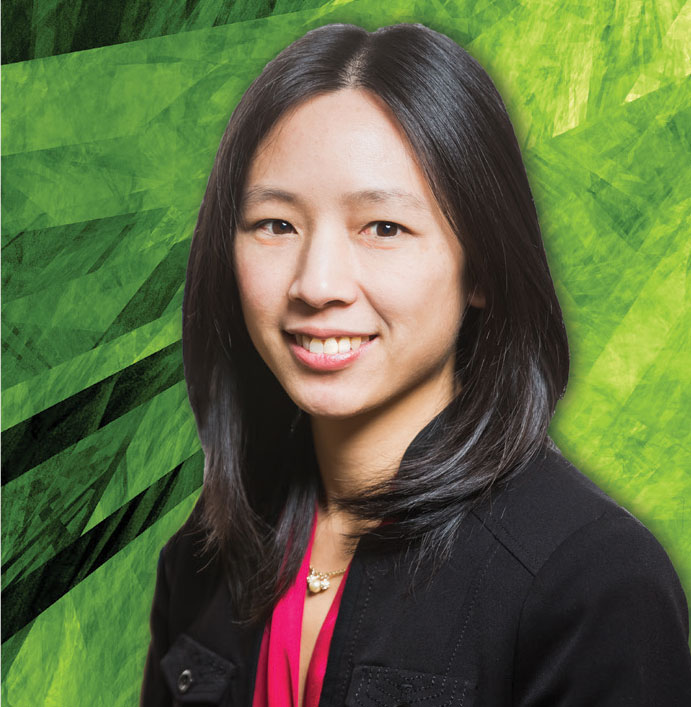 Karen Wu: “I appreciate that the B Corp certification standards provide us with a structured approach to continuously evaluate our impact on people, the environment and the community.” Photographs by Steve Wu; Ali Mazraie Shadi/Shutterstock.com.

Still, being a B Corp isn’t good for every firm, says Regina Robson of boutique law firm Robson & Robson just outside Philadelphia. The firm started the process to become a B Corp but elected not to proceed.

She says being a B Corp presents some unusual challenges, particularly for small or midsize firms. “Assessing performance requires a continual time commitment and attention to operations,” Robson says.

An annual report rating performance in a number of categories is required, and firms can earn points in various assessments either via their own work (doing pro bono work is a plus) or servicing clients who are benefit entities or who are engaged in socially responsible endeavors, Robson says.

“Consequently, a firm whose clients are engaged in water conservation, sustainable sourcing or serving underserved communities might be able to consider the client’s activities in their own assessment,” Robson says. “Firms with a more traditional client base would not have such an advantage.”

Also, she says, firms that rent office space may have little or no leverage in ensuring their office isn’t harmful to the environment.

Still, for those who have been able to get certified as a B Corp, the pros outweigh the cons.

“Some clients sought the firm out because of its status,” says Doug Singer, whose former firm, Falcon & Singer, had been certified as a B Corp.

He says his new firm, Singer Law in White Plains, New York, is going through the certification process. “Most importantly, it communicated to other businesses that the firm didn’t just talk the talk: The firm lived it every day,” he says.

This article was published in the ABA Journal magazine with the title: "Going, and Seeing, Green: Several law firms have seen the business benefits of getting certified as a B Corp."