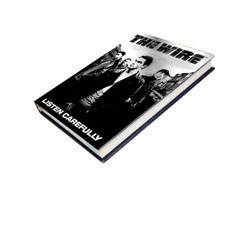 William & Mary Law School professor Adam Gershowitz loved HBO’s The Wire so much that he created a textbook and a class around the show.

“The Wire is a phenomenal piece of television not only because of its storytelling but also because of its realistic depiction of criminal procedure issues,” Gershowitz says.

For five seasons, The Wire examined societal problems in Baltimore through the prism of the ongoing battle between the police and those in the drug trade. Gershowitz’s students must read his textbook, The Wire: Crime, Law and Policy, and also watch the first two seasons of the show before the class begins.

Predictably, the course has been popular with students. “The course gets a large enrollment,” Gershowitz says. “I hope it is eye-opening for students that there is a world in which the law is not so neatly applied, that there is a world of crime and vice that they don’t see in law school. I’m grateful to William & Mary for letting me teach the course.”