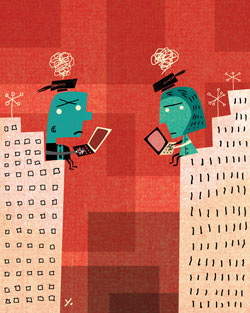 If you peruse the Internet, you can practically hear their cries – the plaintive voices of unemployed law school graduates. The Jobless Juris Doctor gripes, “Keep my diploma in the bathroom in case I run out of toilet paper.” And in a post: “In case anyone was wondering, the job market still sucks.”

And Scammed Hard oozes bitterly, beyond sarcasm: “So here’s to all of the lies, nonsense and hogwash that will delude and mislead the next crop of 45,000 law students who will be matriculating this fall.”

On sites like But I Did Everything Right, First Tier Toilet, Tales of the Fourth-Tier Nothing and Third Tier Reality, bloggers bemoan their law school education, their debt, their lack of suitable jobs and a legal system they say has failed them. Law school, despite a promise of employment in the legal profession, is little more than a scam to get money from students, they argue.

“Most of the people out there blogging are either unemployed or underemployed,” says Kimber A. Russell, a 2008 graduate of De Paul University College of Law in Chicago and the voice behind the website Shilling Me Softly. “Blogging is an outlet for their anger, and I think their anger is justified.”

And an increasingly concerned legal community is paying attention, although its response may not satisfy the angriest bloggers. The American Bar Association is working in several areas to improve disclosure to prospective law students so they understand the full impact of their decision to enter the legal field.

Russell, who is employed by a bar review company, says what she has seen has convinced her that prospective and current students really don’t understand what’s out there when they graduate. 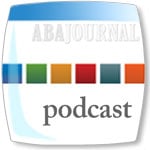 “My outrage stems from the fact that i am on the ground every day with law students, and I see what they’re facing—a severely depressed legal market, crippling student loan debt, and they’re being lured into law school with promises that the law schools themselves and the legal profession can’t keep,” Russell says. Prospective students “need to know that it’s a risky proposition to go to law school in the current climate.”

Russell’s comments reflect a reality: The legal profession is shrinking. The number of people employed in legal services has shrunk 7.8 percent since 2007.

While the most prestigious law firms pay $160,000 annually to new associates, 34 percent of starting salaries ranged between $40,000 and $65,000, according to a report by NALP, the Wash ington, D.C., association that oversees lawyers’ career planning, recruitment and retention. The average law school debt load is $100,000. Scambloggers argue that the average graduate can’t make enough money to even pay back the loans.

Despite these problems, college graduates are still showing an increased interest in getting a JD. Between 2007 and 2009, the number of students taking the LSAT jumped 20.5 percent.

ABA President Stephen N. Zack says one of the biggest problems is that students enter law school with high expectations of their earning potential but little understanding of the reality of the legal market these days.

“There are unrealistic expectations today from people entering law school,” says Zack, who is administrative partner in the Miami office of Boies, Schiller & Flexner. “That’s the only explanation for law school applications to be at an all-time high.

“So they are surprised, disappointed, angry when they realize they have incurred this debt and can’t pay it off,” Zack adds. “Law schools need to give total disclosure so that prospective students know all the information prior to incurring that debt.”

Indeed, one Boston College Law School 3L recently wrote an open letter to the school’s dean asking for a return of his tuition in exchange for a promise to drop out of school without obtaining his degree.

“With fatherhood impending, I go to bed every night terrified of the thought of trying to provide for my child and paying off my JD, and resentful at the thought that I was convinced to go to law school by empty promises of a fulfilling and remunerative career.”

Another student named his school in his bankruptcy filing, asking it to admit that it knew or should have known that he would be in no position to repay his loans.

Part of the problem, according to some observers, is that law schools are neither required nor choosing to give a complete picture of the employment results of recent graduates. Law schools currently report employment data and information to the ABA, NALP and U.S. News & World Report. Most law schools also post employment information on their websites and in their recruiting material.

Law School Transparency, an organization calling for increased law school disclosure, takes the stand that the information available from these sources doesn’t address employment results in a meaningful way. The information is often packaged to look a certain way and sidesteps key questions about the specifics of an individual school’s employment record, says Kyle P. McEntee, executive director of Law School Transparency and a 3L at Vanderbilt University Law School.

“The information that law schools provide is inadequate because it doesn’t allow students to compare meaningfully between schools,” McEntee says. “We would like to see prospective students making decisions on a more informed basis.”

Meanwhile, the ABA is jumping in to help—although some bloggers complain that it is doing too little too late.

The ABA already provides online resources for prospective law students, but it is planning to ensure more information is made available.

“One purpose of the ABA standards is to ensure that good consumer information is out there,” says David N. Yellen, who chairs a subcommittee of the Standards Review Committee in the Section of Legal Education and Admissions to the Bar. “There’s been a lot of legitimate criticism that too many law schools issue only the most favorable employment statistics.”

Yellen’s subcommittee is looking at revisions to Standard 509, which describes the consumer information law schools should publish. It is considering a proposal that would require schools to disclose more detailed placement information—not just the overall employment number—and also to break it down by categories. Under this proposal, law schools would have to disclose whether the employment is full- or part-time and temporary or permanent.

The subcommittee is also working with the legal education section’s Questionnaire Committee, which is considering requiring law schools to answer more specific questions related to student employment on an annual ABA questionnaire. In December the committee held a meeting in Fort Lauderdale, Fla., on the collection and reporting of placement data.

And the Young Lawyers Division is drafting a resolution regarding law school disclosure of employment and cost information. The proposal—called Truth in Law School Education—could be considered early this year and, if it wins approval, then forwarded to the ABA House of Delegates for consideration as early as August.

As Yellen points out, since the recession hit, some schools have been hiring graduates for temporary work, which can bring their overall employment numbers up.

“Maybe it’s a good thing to be offering these opportunities in a down market, but the issue is whether a prospective student looking at the school’s website gets an accurate picture as to how many graduates are employed in the sorts of jobs they’ll be looking for after graduation,” says Yellen, who is also dean of the Loyola University Chicago School of Law.

McEntee says that Law School Transparency is working with the ABA on the issue: “I’m cautiously optimistic about their intent to improve law school disclosure practices.”

In the meantime, bloggers will continue to air out their discontent to anyone who will listen and attempt to warn others about the job market. As Third Tier Reality puts it, “The reality is that the majority of law school graduates will end up with low-paying jobs upon completion of their legal studies.”

The disillusioned blogger goes on to say, “Watch your step, law grads. It’s a dangerous world out there.”