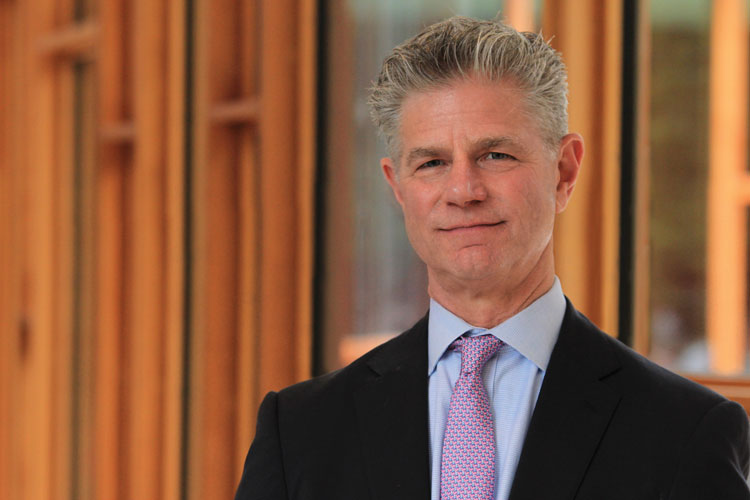 Merritt adds that while the job market for new lawyers might be tight, there are plenty of consumers who need representation. But legal aid budgets have been repeatedly slashed, and many middle-class people can no longer afford attorney fees.

“The way law schools are set up serves very well the needs of corporate and business employers, but nobody is serving the needs of employees who need lawyers,” Merritt says.

Law schools can face significant pressure to generate revenue. There were 52,404 first-year law students in 2010, compared to 37,400 in 2017, according to data from Law School Transparency. The nonprofit, which focuses on law school reform, also notes that between 2012 and 2017 net tuition at public and private law schools decreased on average because of more tuition discounts being offered. But more than a quarter of students paid full price in 2017, and that price has increased above inflation during that time period, says Kyle McEntee, the group’s executive director.

Gildin estimates that the applicant pool at his school has increased by 30 percent this year, but he plans to keep his 2018 1L class roughly the same size as in 2017, when 73 first-year students were admitted.

“That’s in part because of jobs,” Gildin says. “But probably an equal if not greater factor was a desire to have a robust experiential learning requirement, which requires 12 credits rather than six. We want to make sure we have a sufficient number of opportunities for students.”

Nobody knows whether the job market for new lawyers will get better or worse, according to Gildin .Of his law school’s 61 grads in 2017, 67.2 percent had full-time, long-term jobs that require bar passage, and 11.4 percent had JD-preferred positions, according to the ABA employment data.

“We may see a structural change in the job market, and the opportunities will be forever smaller, in which case it will become more competitive.The opposite thing I’ve heard discussed is that the retirements of people in my generation, and more latitude for state and local govern-ments to hire, will change the demand cycle,” Gildin says.

Law schools are required to report the employment numbers for new grads to the Section of Legal Education and Admissions to the Bar. But Burk notes no standard requires that those numbers determine whether a school remains accredited, and he wonders whether that might change.

The idea was supported in The Case for an ABA Accreditation Standard on Employment Outcomes, a 2017 paper by Scott F. Norberg, a law professor at Florida International University who is on the legal ed section’s Standards Review Committee.

“The notion that consumers of legal education are completely rational and know all of the information necessary to make a fully informed decision is not borne out by the evidence,” Burk says. “We do want to have opportunities for people to better themselves, and some people who do that will succeed. The problem is that you have law schools where the majority of people fail to do that and destroy themselves financially for the rest of their lives.”

For those who do decide to attend law school, Burk advises findingschools that give them realistic employment opportunities, in jobs they want that pay enough to cover the lifestyle they’d like to maintain. Examining full-time, long-term,bar-passage-required positions of recent graduates can give good insight, Burk says.

“If the percentage of recent graduating classes getting such jobs is less than 75 percent to 80 percent, think carefully about whether your personal prospects make it likely you will get a job you want,” he says. “And always be brutally realistic about your prospects. Everyone is inclined to think they’re better than average, and half of us are wrong.”

This article was published in the August 2018 ABA Journal magazine with the title "Surge Protection: More people are applying to law schools, but does the jobs data support increasing class sizes?"