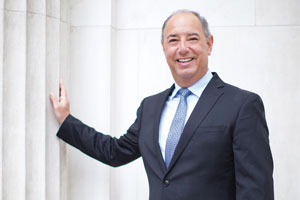 South Carolina litigator Mark Mason knew as much about the marijuana industry as any other middle-aged, law-abiding lawyer. That is, until his son called from Denver asking for help. Now Mason, principal in the five-lawyer Mason Law Firm in Mount Pleasant, is leading the charge to give Colorado's all-cash cannabis industry what it desperately needs to grow: access to the banking system.

“My son Alex had friends in the cannabis business who were doing things legally and giving people good jobs, but they couldn’t get a bank account,” Mason recalls. “He said, ‘Dad, can you help figure this out?’ “

And figure it out Mason did. In a matter of weeks, he assembled a team of lawyers—along with industry, banking and regulatory experts—in Denver to establish the Fourth Corner Credit Union.

The credit union received a state charter last November and shortly afterward completed one of the final steps to open for business: applying for a master account with the Federal Reserve Bank. Mason says the Fed typically takes up to seven business days to process the routine application. As of press time, Fourth Corner is still waiting.

Q. Your son calls one day and asks you to establish a bank in another state for the marijuana industry, so naturally you say yes.

A. My son is incredibly intuitive and is very sensitive to other people’s concerns. … This was just a problem that needed a solution, and he reached out to me.

Q. But this is a little different than a speeding ticket on prom night. What made you take this on?

A. I could sit here for the next 20 years and do personal injury and litigation cases, and that would be great and would help people, but the opportunity to work on a revolutionary project that can solve a serious public safety problem doesn’t come around every day.

Q. How did you know where to start?

A. When you practice law for 30 years, you get into cases and situations where you don’t always know a lot in the beginning, but you study, you understand and then basically put together a team of the best experts you can find.

Q. What does “fourth corner” mean?

A. For any system to be stable, it needs four parts or “corners” for it to build upon. One corner stands for the will of the people, who passed the law for the legalization of cannabis; the next corner represents the support of the local government that created the systems and rules that govern the industry. The third corner is the industry itself, made up of all different types of businesses and innovators. We are the missing fourth corner, which is financial services.

Q. You’ve been waiting months to hear back from the Fed. Have there been moments where you’ve felt discouraged?

A. Oh, yes. A delay in the solution to a problem is frustrating. Everyone knows an all-cash industry is not safe. When I get discouraged, I remind myself that this is something that’s never been done before. When you’re involved in something that so many people believe in, there’s so much adrenaline and encouragement surrounding you, you just want to keep it moving forward.

Q. How have your friends and colleagues reacted?

A. My uncle is a federal judge, so he had a few questions.

Q. Was it hard to find vendors willing to deal with you?

A. It’s a concept called reputational risk—the risk of being affiliated with someone who deals with cannabis. I could give you a long list of vendors that won’t touch anything affiliated with the legalized cannabis industry: It’s banks, landlords, IT providers. But change is happening. We were obviously up front about what we were doing, and we saw a lot more acceptance than rejection.

Q. Was it wild to have Jimmy Fallon make a joke about Fourth Corner in his opening monologue?

A. My son was the one who told me; he texted me. He had been … watching TV with his friends, and all of a sudden Jimmy Fallon makes this joke: “If you think the line is slow at your bank!” It’s funny, but just like calling Fourth Corner the “Pot Credit Union,” it doesn’t help. It’s not what we’re doing, and it’s not what we stand for.

A. I hope to be involved in the compliance process, making sure the credit union is protected and continues to provide services to compliant, legal and well-run businesses.

Q. What do you wish you could say to the agents reviewing your application?

A. In the words of Bob Dylan, “Come senators, congressmen—please heed the call. Don’t stand in the doorway, don’t block up the hall. … For the times they are a-changin’.” A social experiment is underway in 24 states, and it’s important we get this right. Access to banking is the key to responsible regulation. Fourth Corner will be a good regulatory partner and looks forward to helping the movement flourish in a legitimate, legalized environment.

This article originally appeared in the July 2015 issue of the ABA Journal with this headline: “The First Bank of Weed: Lawyer/dad works to guide all-cash cannabis industry into the federal banking system.”