Does learning to code make you a better lawyer? 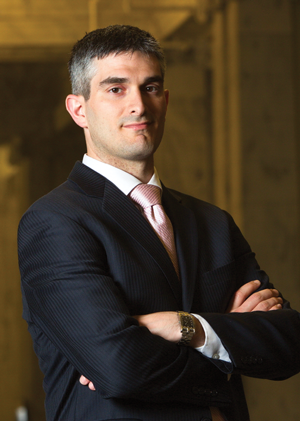 When V. David Zvenyach was general counsel for the Council of the District of Columbia, a local activist named Tom MacWright asked for help making the Code of the District of Columbia accessible to the public online. Zvenyach thought it was a simple request—until he took a look at the actual law, which was nearly impossible to work with due to copyright and formatting complications.

It turns out that making the law accessible online demands more than just publishing the words as written. Computers must be able to index the text, make connections, and understand hierarchies and interrelationships between the sections.

MacWright “asked me for the data underlying the laws, and I spent months trying to understand what he meant,” Zvenyach says. “I had to learn about the difference between the underlying structure and presentation of the law.”

The result was the website at dccode.org, which is maintained by a team of volunteers, including MacWright and Zvenyach. The site allows citizens to search and link to D.C. laws, and it can be updated and amended to reflect changes to the laws. (It also got Zvenyach named an ABA Journal Legal Rebel in 2015.)

To make this possible, Zvenyach taught himself basic computer programming, and he has been hacking the law ever since.

He has created more apps, including @SCOTUS_Servo, a Twitter account that sends alerts when the U.S. Supreme Court makes changes to its official opinions after they are handed down, something Zvenyach says was difficult to spot otherwise.

“Before I learned to code, I would have been a grump about the state of affairs and moved on,” he says. “But in the new world, I wrote 70 lines of code in one evening that does the job.”

Learning to code can be portrayed as an essential job skill for all Americans, advocates say. But do lawyers need to learn it?

“Learning to code could be a nice thing to have in your tool belt, but I don’t know that knowing how to code is necessary,” says Bill Speros, a Cleveland-based attorney and expert in the use of machine learning and technology in litigation. “As an e-discovery attorney, I can see how it can be useful. But for the most part, knowing how to code is several steps removed from anything I need to do in litigation.”

“Unfortunately, lawyers and computer programmers are like foreign cultures,” Ohm says. “Unless you speak the language, you need a native to guide you through.”

Ohm bristles at the suggestion that learning to code will be useful to attorneys as an intellectual exercise, but not for day-to-day use in their practice. He believes lawyers who code can use basic programming to automate legal tasks.

“What we’re teaching is meant to be a practical lesson, not a philosophy,” he says. “We’re teaching basic computer coding skills that they can use in a profession that is increasingly data driven.”

For example, basic programming skills make it possible to automate the process of researching, collecting and assembling case law. Coding lets lawyers search large collections of text-based data, Ohm says, and helps lawyers analyze and marshal data as evidence. At the completion of his class, students should be able to write simple-to-moderately-complex computer programs to automate tasks that would be difficult or impossible to perform without programming skills.

Proponents say learning to program might make a better lawyer or an engineer who understands the law. Or perhaps not.

As Zvenyach, now a legal hacker with the General Services Administration’s 18F agency, points out: “I am an attorney and a software engineer, but I am now doing a little of neither.”

This article originally appeared in the September 2016 issue of the ABA Journal with this headline: “Hacking the Law: Does learning to code make you a better lawyer?.”