For a profession sometimes criticized as being slow to change, the law seems to be flying into use of cloud computing for legal work.

The ABA Legal Technology Resource Center’s 2013 survey of ABA lawyers shows a heady amount of satisfaction with online-based software solutions. Among this year’s findings in the report’s volume on law office technology are:

• Asked if they had ever used Web-based software, 30.7 percent of respondents answered affirmatively. That number is up from 20.9 percent in 2012 and 15.5 percent in 2011. Solo practitioners were the most likely to respond affirmatively at 40.2 percent.

• Among those who reported they had not used cloud computing, the top factors that prevented them were:

» 47.4 percent: less control of data because it’s hosted by the provider.

» 47.4 percent: unfamiliarity with the technology.

• Among those who said they had not used cloud computing, 46.3 percent said they did not intend to use the cloud in the future.

The LTRC surveyed attorneys from January through May on the use of technology in the legal profession. A 208-question survey was divided into six questionnaires. An outside research firm emailed 12,500 ABA lawyer members in private practice, asking for participation in the law office technology survey. The data in this report is based on the research firm’s tabulation of the 888 completed questionnaires about online law office technology.

Copies of the report, sold by volume or as a complete set, may be purchased through the LTRC webpage or the ABA Web Store. 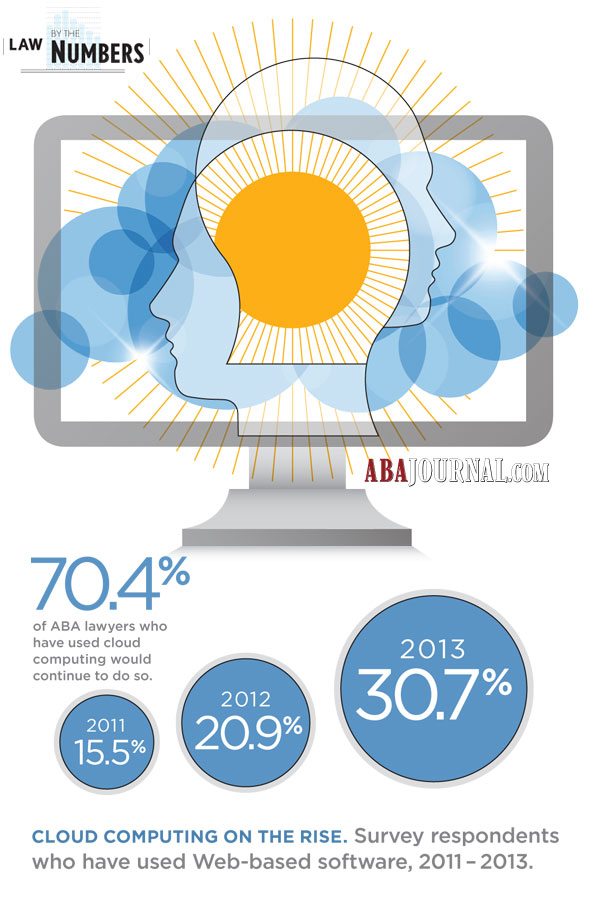