Do as I say: Good news for lawyers who hate transcribing by hand 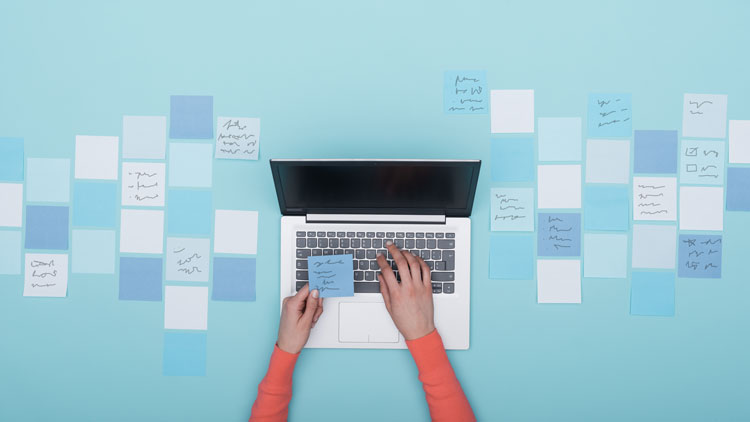 When legal technology company Everlaw announced in December it was adding automatic transcription for audio and video to its cloud-based e-discovery platform, it became the latest in a growing crop of transcription tools for lawyers to use in their day-to-day work.

Everlaw automatically converts depositions, voicemails and other multimedia to text, analyzing files as they are processed and removing the need for litigation support teams to play back entire files or send them to outside services for transcription. Instead, they can quickly search, annotate and navigate the transcriptions.

The 8-year-old cloud-based provider of e-discovery tools has “a whole team watching lawyers in the wild, seeing what they do,” says Jon Kerry-Tyerman, vice president of business development at Everlaw, adding that the company spent a lot of time looking into what lawyer needs still had to be addressed.

In developing the automatic transcription tool, he adds, Everlaw realized “if you have a case with 10,000 voicemails and you have to figure out what they’re talking about, it’s a nightmare to have to sit there and listen to it.”

For many in the legal field, the most popular option continues to be Nuance’s Dragon software. Nicole Black, a lawyer and legal technology specialist at MyCase, says lawyers have a number of options for transcription. But she hears about the Dragon software the most. Most often it’s used for dictating memos or letters.

“It’s designed for that purpose: speech to text,” she says. “When I was practicing, that’s what I used it for, to dictate a memo or letter. It makes the most sense to dictate, especially seeing it on the screen—you can follow your train of thought better.”

Nuance released the 15th version of the Dragon software in late 2016. The company has been pushing forward with artificial intelligence to improve word recognition, so users no longer have to spend time at the outset recording themselves and then adjusting the transcription. Thus, the product can “learn” their accents and other speech inflections, says Rick Brown, senior director of product management at Nuance.

“For more people than ever before, the ability to use Dragon right out of the box, without having to invest a lot of time in getting it to understand you, uniquely, has been greatly improved,” Brown says. “That’s where a lot of the investment is going.”

The new version includes a component for information technology personnel to record lists of clients, attorneys, staff, specific jargon and acronyms. Then they disseminate those to users so they’re prerecorded in Dragon’s memory bank, he adds.

Nicole Black: “When I was practicing, that’s what I used it for, to dictate a memo or letter. It makes the most sense to dictate, especially seeing it on the screen—you can follow your train of thought better.” Randy Boggio: “I would dictate it right into the email, and when I was done, I would proof it and send it. It takes a fraction of the time it would take if I were to sit down and use my keyboards.” Photographs by Antonino Barbagallo; Maser Law; Supa Chan/Shutterstock.com

“I’m 60, so I don’t have the keyboard proficiency that my 30-year-old assistant has,” he says. “I would dictate it right into the email, and when I was done, I would proof it and send it. It takes a fraction of the time it would take if I were to sit down and use my keyboards.”

Greg Baumgartner, a personal injury attorney in Houston, uses Dragon for emails, documents, “almost everything,” he says. When he first tried Dragon more than 10 years ago, he didn’t find it very useful. But now, “the accuracy is just shocking,” he says.

Baumgartner recommends Dragon Anywhere, a mobile app on iPhone and Android, for anyone who dictates a significant amount into their phone.

Another recent competitor for Dragon is London-based Trint, which launched its transcription product in 2016 and unveiled an iPhone app in February.

CEO and founder Jeffrey Kofman, a longtime news reporter for ABC and CBS who understands the “pain” of transcription from decades as a journalist, says the product marries a text editor to an audio-video player, making hours of text rapidly available and searchable. “People think we’re a magic trick,” he says. “You can search it and instantly find the moments you want.”

Also in February, Trint rolled out a line extension called Trint for Enterprise, which includes the capability to collaborate on a transcribed document similar to Google Docs. In late May, Trint announced a partnership with the Associated Press to automate AP’s video and audio transcription process, streamlining the news agency’s workflow, according to a release.

“For us to get into a big law firm in a scaling way, there needs to be seamless integration and easy workflow,” Kofman says. “In some law offices, it’s being used for just depositions or witness notes or recording meetings so they become searchable.”

Trint hasn’t marketed heavily to the legal sector yet but plans to do so after upgrading its cybersecurity features this year and hiring a team member focused exclusively in that area, Kofman says. “We understand the very real concerns,” he says.

Dragon has cloud-based and on-premises versions; neither Boggio nor Baumgartner expressed significant concerns about the product’s cybersecurity. Black at MyCase says transcription products that operate in the cloud would be subject to the same ethical standards as emails and other content in cyberspace.

“Anytime you outsource the handling of client confidential data to a third party, you have to vet that third party,” she says. “You need to ask them a series of questions: Who are their employees? How do they vet employees? Where is the data stored? Who has access? How often is the data backed up? Is there geo redundancy?”

When Everlaw opened its doors in 2010, many people were suspicious of the cloud, Kerry-Tyerman says. But in the past couple of years he’s seen the conversation shift from “Why would I do that?” to “How do I do it?”

But, he adds, “You still have to do it right. The kind of data we’re hosting is incredibly sensitive. It is, in many ways, like a gold mine for hackers.”

Due to a reporting error, print and initial online versions of "Do As I Say,” July, gave the impression that Nicole Black had reviewed the security of Nuance’s Dragon dictation software. She has not conducted such a review.

This article was published in the July 2018 ABA Journal magazine with the title: "Do As I Say: Good news for lawyers who hate transcribing by hand—there’s a growing list of automatic tools on the market."