Learning to say no—and say so 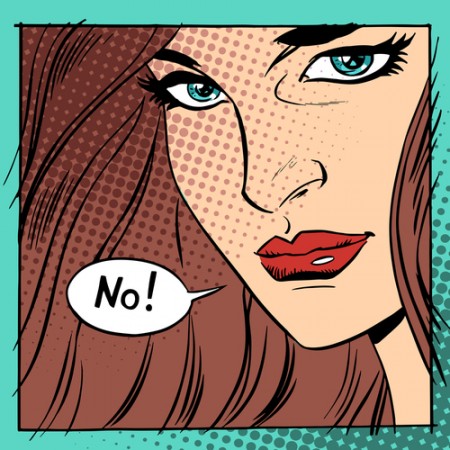 As a young professor in an MBA program, Kathleen Reardon was at an assignment meeting and got a task no one wanted, including her.

“I don’t think I can do that” was her response. Another colleague pulled her aside immediately.

“Don’t ever say that. When they ask you to take a junk job, your answer is no,” he told Reardon, the only female professor in the group.

She didn’t think that approach would work for her and told him so.

“It worked,” says Reardon, now a professor emerita at the University of Southern California’s Marshall School of Business. “You learn these kinds of tweakings day by day.”

For female litigators, who have jobs where being assertive is essential, the workplace politics of advocating for themselves is often complicated, because behavior that may seem laudable from males is frequently considered objectionable when exhibited by females.

And it’s not just men who find assertive women off-putting. Other women do, too, says Reardon, whose academic work centers on negotiation, leadership and business politics. And the problem is, she adds, that many aren’t aware they have that bias.

“Without ever realizing it, many men and women react to assertiveness by women at work by cringing,” she says. “They may not be able to put their figurative finger on what it is that bothers them about assertive women, but they know it makes them uncomfortable. If society as a whole is tougher on women, then individuals who do not educate themselves to gender biases are going to fall prey to them.”

“We expect women to wait for opportunities to be offered to them; and when they do ask, they can be seen as too assertive,” says Linda Babcock, an economics professor at Carnegie Mellon University. “I think of it as being on a tightrope, and there’s a very fine line of what people think.” Babcock heads the department of social and decision sciences at Carnegie Mellon’s Dietrich College of Humanities and Social Sciences. Her research centers on economics and psychology, with a focus on negotiations.

Conventional wisdom says that to be successful at work, women must be likable: appear traditionally feminine, talk about their children (if they have any) and make a point to advocate on the behalf of others. The likability of men is evaluated on a different standard, academics say, and gender bias plays a central role.

“It’s very tricky for a lot of reasons,” says attorney and author Carol Frohlinger, who frequently speaks about career success factors for women. In terms of advancement, it’s good for women to ask for a little more rather than accepting an initial offer. But keep in mind that doing so could invite backlash, Frohlinger says.

“There’s a lot of research about the messages women get in childhood,” she says. “We’re taught not to brag or be loud or arrogant or self-promoting or selfish. Some of us didn’t get those messages, but the vast majority of women did, which can create issues.” Frohlinger often sees women struck with what she calls “the tiara syndrome.”

“These are women who work very hard, deliver fabulous results and often skip lunch in the hopes that people will notice,” Frohlinger says. The strategy rarely works, she notes, and people who employ it frequently feel resentful.

Some female lawyers say they got more opportunities by taking a win-win approach with partners—persuading supervisors they could make things easier for themselves by giving the women more substantial work.

That could be successful, Reardon says, but it can’t be the only approach. Women need to assert themselves without being seen as bossy. And while appearing demure at work could give someone a sense of being liked, it doesn’t impress people in terms of leadership ability.

“It’s enough to get you respect, but there will always be people who find your capabilities somewhat unsettling,” Reardon says. “When you look around and see that women are not being promoted or getting opportunities on a regular basis, there’s a pretty darned good chance that just being really good at your job isn’t enough.”

Careers | Features | Women in the Law