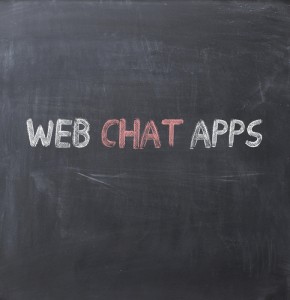 South Australia is big—and empty. With almost 1.7 million residents (the vast majority in its capital city of Adelaide) spread over 379,725 square miles, the state's size makes it hard for the 40 attorneys at the Legal Services Commission of South Australia to be everywhere. Some residents are 800 miles from one of the public legal aid organization's seven brick-and-mortar offices.

To provide services throughout South Australia, the commission knew it had to do something different. So last October the agency joined a growing number of legal service providers around the globe by launching a live webchat platform called Legal Chat.

“We’re harnessing this webchat technology because it helps us provide access to justice,” says Chris Boundy, a commission lawyer and manager who oversaw the creation of Legal Chat. “The law can be expensive, but Legal Chat is free to all South Australians.”

Since its launch, more than 1,000 visitors have used the service, and two other commissions in Australia and attorneys from Malaysia are looking to replicate the model.

In the United States, Pro Bono Net has been using webchat tools to improve access to legal aid since 2006. Begun as a pilot “rural access tool” in Montana and Iowa, the website helped implement LiveHelp, a web-based chat platform, with the financial aid of the Legal Services Corp.’s technology initiative grants, according to Liz Keith, Pro Bono Net program director. The project has since expanded to 15 states.

BIG IN THE APPLE

One state to fully embrace the LiveHelp model is New York. LawHelpNY launched its website in 2009 and recently expanded to the New York state courts’ CourtHelp website to provide information on foreclosure issues.

Webchat “is a key strategy to bridging the justice gap,” says Leah Margulies, project director at LawHelpNY, a project of Pro Bono Net, among others.

Since 2009, 40,000 users have received legal information from LawHelpNY in English and Spanish. Staffed by 15 to 20 law student volunteers each semester, it is an opportunity for them to “learn issue spotting,” Margulies says. Once the students are trained, the platform—which operates year-round—is live 12 hours a day, five days a week.

Among the people seeking help from the platform, 35 percent have a family law question and 20 percent have a housing problem. Consumer debt, immigration and labor round out the top five issues.

About a quarter of these users are from outside New York City, where Margulies says some people are a two-county drive from a brick-and-mortar legal aid office. Launched as a mobile-friendly site in 2015, 35 percent of the traffic comes from mobile devices.

While the New York and Australia projects do not offer legal advice, a similar project by the Texas Legal Services Center does.

TexasLawHelp.org, launched in 2010, assisted 27,596 residents as of February, says Elliott Fontenette, managing attorney of the self-represented litigants project at the Texas Legal Services Center. Of those chats, 4,741 constituted legal advice.

Paula Pierce oversaw the creation of TexasLawHelp.org and is now a solo practitioner in Austin. Beyond helping people connect to their services, Pierce says, the platform also improves pro bono opportunities.

“All you have to do is commit to being at your computer,” she says. Volunteer attorneys can be anywhere, working on anything, and the software alerts them to a new chat. “It’s low stress.”

This article originally appeared in the July 2016 issue of the ABA Journal with this headline: “Chat Trick: Legal aid agencies are using webchat to answer queries.”