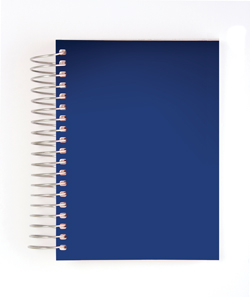 Controversy is probably not the first thing that comes to mind when you think of The Bluebook, but the bible of legal citation is at the center of an increasingly nasty dispute over whether it is subject to copyright protection.

Open-source advocates are contending that the style and citation manual is an essential piece of legal infrastructure and can't be preserved as private property under copyright law. The book's publishers say otherwise.

The dustup began when Frank Bennett, an academic at Nagoya University Graduate School of Law, wanted to add The Bluebook to Zotero, an open-source citation tool. "He was told to stay off the grass," says Carl Malamud, president of Public.Resource.org, whom Bennett later contacted. "It really bothered me."

Lawyers at Boston's Ropes & Gray, who represent the Harvard-Yale-Columbia-Penn consortium that publishes the manual, claimed that The Bluebook contains "carefully curated examples, explanations and other textual materials" that are protected by copyright.

"The letters back and forth had a lot of law professors rolling their eyes," Malamud says. Among them was Christopher Sprigman, a New York University law professor, who believes The Bluebook, first published in 1926, has become part of the legal infrastructure required by courts and therefore should be equally available to everyone.

The law is not copyrightable and neither are systems of citation, Sprigman says. "In this case, a copyright is being used to keep something private that we all have to use." That's a problem for small firms, prisoners in jail and indigent parties who may not have access to the $30 manual.

Meanwhile, an anonymous source informed Malamud and Sprigman that The Bluebook's 10th edition from 1958 was never copyrighted. So Sprigman and others are now using that version to produce what they're calling Baby Blue, "an expression of The Bluebook that's simpler, better and easier to use" that will be available in the public domain. "This isn't some romance novel. This is a piece of legal infrastructure," Sprigman says. "They've enjoyed a monopoly on this for a while. This is a project they can join or resist—I hope they'll join."

In a statement, lawyers at Ropes & Gray representing The Bluebook's publishing consortium said, "The student editors remain actively committed to increasing access to Bluebook content. We have made earlier editions of The Bluebook, up to and including the 15th edition, available on our website," and more online content is scheduled for release in conjunction with publication of the volume's 20th edition in May.

According to Cornell University law professor and former dean Peter Martin, the Bluebook citation format is used primarily by academics and law journals. Very few courts actually require it. As such, Malamud's notion that The Bluebook is an edict of government is "a real stretch," he says.

Still, to help explain the complicated system, Martin has published for more than 20 years an introduction to citation rules on Cornell's Legal Information Institute website. "I acted in the belief that to tell people how to cite in accordance with The Bluebook is not infringing on copyright," he says. "Where I come down is that as a complex, richly illustrated—in terms of examples—book, The Bluebook enjoys copyright protection. So I wouldn't duplicate the book itself. But to provide guidance so cites are consistent with The Bluebook has been done for a long time and does not infringe copyright." He counts Sprigman's Baby Blue among those publications that are permissible.

Malamud agrees. "They can send us all the nasty letters they want. We'll still keep working on our Baby Blue project."

This article originally appeared in the February 2015 issue of the ABA Journal with this headline: "The Birth of Baby Blue: Legal minds differ on whether The Bluebook is subject to copyright protection."