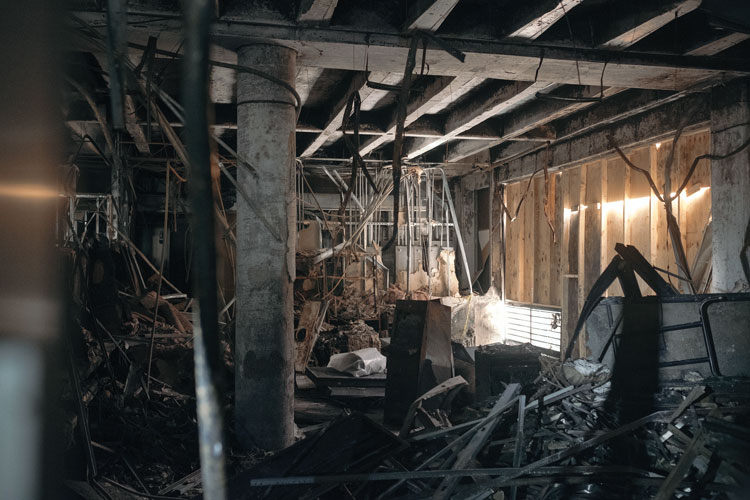 Brown says the denial was a clear violation of FEMA’s own regulations, which say an “owner” can be a person who lives in a property rent-free and is responsible for its upkeep. She’s filed scores of appeals on behalf of people in that situation, and she says they’re always successful. She’s expecting Smallwood’s appeal to be approved, but she worries about how many others there might be like him who didn’t get help.

For people in Figueroa’s service area, which includes some hard-hit communities between Corpus Christi and Houston, these problems were compounded by a housing shortage that predated the storm. Harvey worsened that by making a huge percentage of the area’s homes uninhabitable. As a result, even people who had FEMA vouchers were still living in shelters weeks after the storm, or they’d left the state to live with relatives. The situation was so bad that the state of Texas began installing mobile homes in October.

“I’m concerned about what’s going to happen to our community in general over the years,” Figueroa says. “I don’t know if they’re going to repopulate it the way that it was before, because there’s not a place for them to go.”

Eventually, Figueroa says, the legal problems created by the hurricane will move into long-term problems: bankruptcies, foreclosures and lawsuits over FEMA policies. One problem for her low-income clients is when FEMA grants them money, then later comes back claiming the money was improperly paid and tries to claw it back. Recipients have 30 days to pay before penalties and interest start piling up—which is not much time for people of limited means. The litigation spawned by that or other bad FEMA policies can last years, she says; a lawsuit over 2008’s Hurricane Dolly, for example, was settled in 2017.

“Long term, it goes on for years,” says Figueroa. “These are not easy problems to solve.”

Business litigator Charles Jimerson was up until midnight on Sept. 10—working on client matters rather than worrying about the potential impact of Hurricane Irma where he lives. In Jacksonville, 400 miles north of Irma’s U.S. landfall, there didn’t seem much to worry about. As a seventh-generation Floridian, Jimerson lived through plenty of hurricanes that fizzled.

When he awoke that Monday, the water in his living room was up to his ankles and rising. Irma unexpectedly pushed water levels in the nearby St. Johns River up 4 to 6 feet, causing Jacksonville’s worst flood in a century.

There was no time for Jimerson to save anything but his children—ages 5 and 6—and his two dogs. After carrying them to higher ground at a neighbor’s, Jimerson spent the rest of the day canoeing the neighborhood, trying to rescue people. His house would ultimately have to be bulldozed.

Jimerson & Cobb, the law firm he founded and manages, has fared slightly better. Though the firm’s office on the 14th floor of Jacksonville’s notable Wells Fargo Center was itself fine, 4 million gallons of muddy river water had wiped out electricity and telecommunications. Staff members had to go in and pull out essential files and a server—vital for the remote work they were now doing—without elevators, lights or air conditioning and against the wishes of building management.

It was, Jimerson says, a bonding experience for his team. But even more touching for him was the response when he sent out a plea to most of his business and personal contacts, looking for a place to put his 26 employees, as well as a place to live. He got about 350 responses within 36 hours. 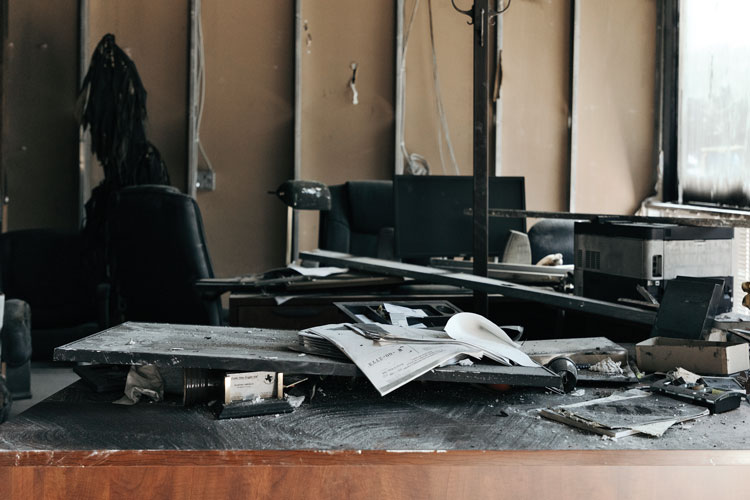 That’s a theme running through the private bar’s response to the hurricanes. When calls went out for help, hundreds of attorneys answered, offering a hand up to their colleagues as well as members of the public.

In Houston, one person who put out that call was tax partner Keri Brown of Baker Botts (no relation to Saundra Brown). The pro bono partner in her office, she was already helping Baker Botts’ management put together resources, both financial and legal, to help the firm’s own employees who were affected by Hurricane Harvey.

But a few days into the storm, Brown found herself wanting to do more. She was on the verge of volunteering to sort clothes in a shelter at 3 a.m. when she learned that Lone Star’s office had caught fire. She got loaner laptops from Baker Botts for the legal aid attorneys and organized law firms around the city to take turns photocopying the agency’s flyers. She also put out a call for volunteers via email and a Facebook group for Texas lawyers. (See “Social Media Unites Lawyers to Help Those in Need,” page 44.)

“Within an hour, I was turning people away,” says Brown, who’s chaired committees of the ABA’s Real Property, Trust & Estate Law Section. Brown scheduled shifts by hand for two days until she was able to turn that task over to the Houston Volunteer Lawyers.

Interest continued to be overwhelming when Brown and partner Bill Kroger decided to host a free legal advice hotline via the Houston Bar Association.

In addition to their own lawyers, they got clients’ in-house attorneys and even staff members who wanted to help. The next day, Baker Botts hosted a CLE program on how to help hurricane victims; more than 700 people showed up or watched via the web. Even a lawyer who was gutting his own house at night would work long days on hurricane matters, she says.

Work wasn’t much of a refuge for those whose offices flooded. For personal injury firm Abraham, Watkins, Nichols, Sorrels, Agosto & Aziz, the Harvey flooding was the third flood in three years and the fifth since 2000. The problem is their location; the office is directly across Commerce Avenue from Buffalo Bayou.

In 2017, the flooding was exacerbated by wind damage to the roof that let rain into the second and third floors.

The firm might have moved on to a different building, but partner Randy Sorrels says the firm’s lawyers are proud of the historic, lavishly restored office, which is showcased at an annual holiday party. Instead of moving, they plan to turn the first floor into parking spaces. To make room on the two upper floors, the firm will enclose the balcony and get rid of rarely used features like a built-in bar.

After the storm, Sorrels says, his firm received dozens of offers from colleagues for office space, equipment and more. The firm accepted some of those offers, but by October, almost everyone was back, squeezed into hallways and one-person offices. The holiday party was canceled for 2017, Sorrels says—but 2018’s will be on schedule.

“I was president of the Houston bar when hurricanes Katrina and Rita came in, so I kind of led the charge on assisting others,” he says. “This time, we’re on the receiving end … and it’s really heartwarming.”