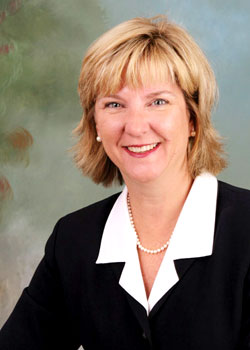 A key feature of this country’s justice system is that the legal profession is regulated primarily by the supreme courts of the states rather than the federal government.

The ABA collaborates closely with state bars to preserve that regulatory structure, and its importance is a theme sounded regularly by the association’s Governmental Affairs Office in its advocacy work on Capitol Hill and in the federal rule-making process.

The ABA’s focus on the issue has been particularly strong in recent years as Congress and federal agencies have sought to bring lawyers within the coverage of laws and regulations aimed primarily at businesses, banks and other financial service providers.

“If adopted, these federal proposals would undermine traditional state court regulation of lawyers, interfere with the confidential attorney-client relationship and impose excessive federal regulations on lawyers engaged in the practice of law,” says Thomas M. Susman, director of the ABA Governmental Affairs Office.

In a major victory for the organized bar, Congress recently excluded practicing lawyers and their employees from key provisions of the new Dodd-Frank Wall Street Reform and Consumer Protection Act that apply to providers of consumer financial products or services. More than 20 state and local bars worked with the ABA on enactment of this exclusion.

State bars also have been instrumental in the ABA’s fight against the Federal Trade Commission’s attempt to define lawyers as “creditors” under the Fair and Accurate Credit Transactions Act. The FTC regulation would require lawyers to develop and implement programs to detect warning signs, or “red flags,” of identity theft. After the FTC appealed a federal district court ruling in favor of the ABA’s position, bar associations from 47 states, the District of Columbia and seven metropolitan areas signed onto an amicus brief written by the New York State Bar Association that was filed with the U.S. Court of Appeals for the District of Columbia Circuit. Oral arguments were scheduled for November.

The ABA also is urging the FTC and the U.S. Department of Housing and Urban Development to exclude practicing lawyers from certain rules for loan modifications, and the association opposes related legislation that would impose new federal regulations on lawyers who provide debt-settlement services to clients. In addition, the ABA opposes provisions in a money laundering bill that would impose a number of compliance requirements on lawyers who represent clients engaged in certain commercial or financial activities. Lawyers would, for instance, be required to report “suspicious activity” by clients.

The ABA contends that each of these proposals would discourage lawyers from providing essential legal services to clients. At the same time, the ABA and other bars maintain that the current structure has been effective in dealing with lawyer misconduct. In meetings with federal regulators, representatives of the ABA and the National Organization of Bar Counsel have emphasized, for instance, that many state bars, acting as the disciplinary agencies of the state supreme courts, are taking appropriate action to punish attorneys who have engaged in abusive mortgage modification practices.

“We are showing the federal government that states already are effectively governing all aspects of the practice of law, and that duplicative federal regulations are unnecessary and counterproductive,” says Therese G. Franzén, a founding partner at Franzén and Salzano in Norcross, Ga., who also chairs the Consumer Financial Services Committee of the ABA Section of Business Law.