Let’s Leave Politics Out of It 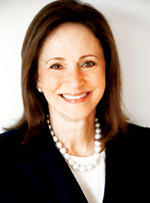 A fair and impartial judiciary is no less vital to us today than it was to our nation’s founders, who embedded the separation of powers in the Constitution. As Alexander Hamilton argued in Federalist 78, the “independence of the judges is equally requisite to guard the Constitution and the rights of individuals from the effects of those ill humors which the arts of designing men, or the influence of particular conjunctures, sometimes disseminate among the people themselves.” As officers of the court, members of the bar must stalwartly defend this principle.

As the recent confirmation of Justice Sonia Sotomayor demonstrates, few developments within the justice system attract as much outside attention and scrutiny as the nomination of a Supreme Court justice. While the Senate must vet judicial nominees for their professional qualifications, partisan inquiries into the personal political beliefs of nominees or their positions on pending legal issues are unacceptable. As a counterbalance, the ABA plays a key role in the federal judicial confirmation process by assessing—through extensive peer review and scholarly analysis—only a candidate’s integrity, professional competence and judicial temperament.

The ABA Standing Committee on the Federal Judiciary unanimously awarded then-Judge Sotomayor its highest rating after interviewing hundreds of lawyers, judges and members of the community who knew her professionally. Several panels of legal scholars and lawyers with significant appellate experience examined Sotomayor’s legal writings for quality, clarity, knowledge of the law and analytical ability. Finally, the standing committee interviewed her at length regarding her professional qualifications and commitment to equal justice.

A sound process for confirming Article III judges is only one aspect of promoting a fair and impartial judiciary. Adequate funding of court systems and proper selection of judges are essential prerequisites for judicial independence at both the federal and state levels.

Important recommendations were developed at last May’s ABA summit, Justice Is the Business of Government: The Critical Role of Fair and Impartial State Courts. Bench, bar, executive and legislative leaders from across the country called on the legal community, particularly state and local bars, to advocate predictable funding streams for state courts not tied to fee generation and to encourage the direct submission of judicial budgets to funding authorities. Also discussed was the need for state courts to have enough flexibility to manage funds in the face of budget cuts. Participants concluded that court fees as a source of revenue are an unacceptable burden on citizens seeking justice.

Judges need to be—and be perceived to be—impartial arbiters of justice. The Supreme Court’s decision last term regarding contributions to judicial campaigns underscores this troubling issue. Justice Anthony M. Kennedy’s opinion in Caperton v. Massey held that judges should recuse themselves due to a “serious risk of actual bias” when an individual with a personal stake in the outcome of a case “had a significant and disproportionate influence in placing the judge on the case by raising funds or directing the judge’s election campaign when the case was pending or imminent.”

The ABA’s Model Code of Judicial Conduct urges judges to avoid impropriety as well as the appearance of impropriety—that is, the perception in reasonable minds that a judge’s ability to carry out judicial responsibilities with integrity, impartiality and competence is impaired. Judicial recusal must not be limited to only the most egregious cases. The Judicial Disqualification Project of the ABA Standing Committee on Judicial Independence is developing guidelines for when and how judges should recuse themselves.

The murkiness surrounding recusal points to a larger problem: the election of state court judges. No other nation in the world elects judges, yet 39 states elect at least some of their judges. The financial and political pressures of running for office inevitably undermine the public perception of a prospective judge’s integrity and ultimately create distrust of the fairness of our judicial system.

As Caperton illustrates, this problem is only getting worse. Between 2000 and 2007, state candidates raised $167.8 million—more than double the total raised throughout the entire 1990s. Merit-based appointments via transparent, diverse nominating commissions are the best means of ensuring fair and impartial courts. A judicial system that requires judges to solicit contributions from interests appearing before the court risks removing the blindfold from the eyes of Lady Justice.

The viability of our judicial system demands the separation of the courts from political influence. The ABA, working with state and local bars, is committed to this fundamental principle and to promoting judicial independence accordingly.