Shattering the glass ceiling: Initiatives under way to end gender inequity in the legal profession 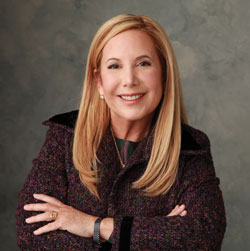 Time and time again, I have asked myself and others the same questions:

Why are female lawyers still grossly underrepresented in positions of real power, influence and leadership? Why is there still such a disparity in pay between female equity partners and their male colleagues performing exactly the same work? Why are female lawyers still shut out of the choice assignments and limited in access to major clients? For those who are not already familiar with the troubling statistics, I will cite a few:

• According to the latest survey by the National Association of Women Lawyers, the percentage of female equity partners in the nation’s 200 largest law firms has remained largely unchanged at 15 percent since the NAWL began its survey in 2006.

• A pay gap also persists—female equity partners in the 200 largest firms earn 89 percent of the compensation earned by their male peers.

Gender inequity does not just affect equity partners. According to the NAWL’s survey, both the percentages of female equity partners and associates in the typical firm have declined during the past two years. Women of color face the greatest challenges—they make up a mere 2 percent of partners, according to a NALP study.

And unequal treatment does not begin when women join law firms. We see it in law schools as well. For example, among ABA-approved law schools, women held only 31 percent of editor-in-chief positions at law reviews in 2011-2012, according to a report from Ms. JD, the leading online forum for dialogue and networking among female law students and lawyers, and New York Law School.

While the overt discrimination women once faced has, for the most part, disappeared, gender bias remains. Today’s discrimination is more unconscious and more subtle. This continued hidden discrimination motivated me to make gender equity one of the priorities of my term as president of the American Bar Association.

Together, the ABA’s Task Force on Gender Equity and the ABA’s Commission on Women in the Profession are spearheading projects to help women address the pernicious gender inequities of the legal profession.

The task force’s compensation committee is developing a pay equity tool kit to inspire a dialogue about the issue at law firms and bar associations across the country. This tool kit will be followed by extensive information on model compensation policies, as well as advice for women on how to negotiate for themselves and tactics for general counsel looking to eliminate the pay gap in their firms.

The task force is also fostering connections among female lawyers. The first two international women-to-women networking events were held in London and Dresden, Germany. Next month, senior female in-house counsel will gather at a summit to network and share ideas about how to advance and succeed. And women’s affinity groups within the ABA are getting together on an ongoing basis, both online and in person.

Building on all this great work, our Young Lawyers Division has been leading the way in addressing issues related to gender equity through an energetic social media campaign. Through Facebook and Twitter and the task force’s webpage, these young lawyers and law students have been raising awareness with daily anecdotes about gender inequity past and present, while inspiring a conversation among the next generation of lawyers about how to eliminate gender discrimination.

I invite you to join this exciting initiative by starting your own conversation. Look for @abagenderequity on Twitter or “like” the ABA Gender Equity Task Force on Facebook for the latest news and how to get involved.

The ABA has long been committed to equality, and I am proud of the work we are doing to ensure that women and men in our profession someday share the same opportunities and rewards. We have come a long way. But we cannot stop now. We have much more to do before our law firms operate at full capacity by reaping the benefits that each of us can contribute—regardless of gender.