Liquor store war: Should a giant wine and spirits retailer be subject to state residency requirements? 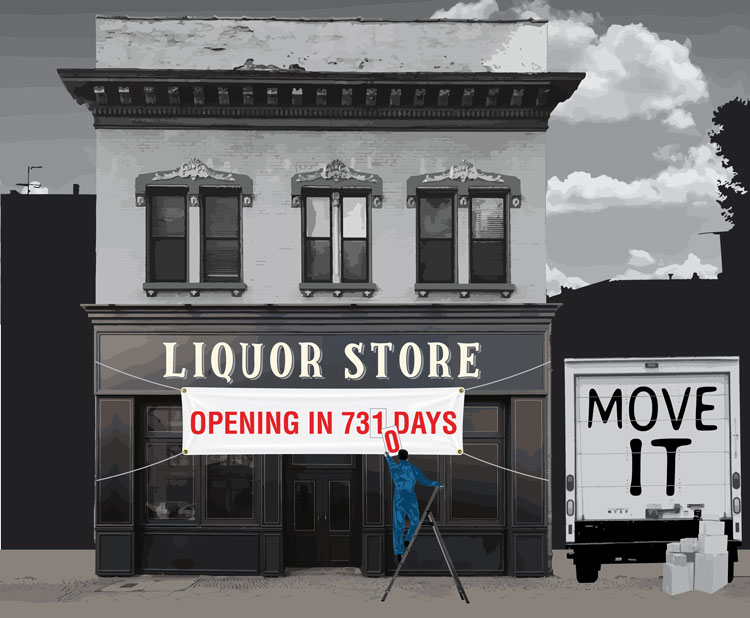 In June, a new wine and liquor superstore called Total Wine Spirits Beer & More opened in the upscale Turkey Creek shopping area in Knoxville, Tennessee, offering some 8,000 wines, 3,000 spirits and more than 2,500 beers, as well as a wine-tasting bar, a classroom and a walk-in cigar humidor.

“I think we’re unlike any other retail liquor store in Tennessee,” Edward Cooper, the vice president of public affairs and community relations for the retailer, told the Knoxville News Sentinel when the nationwide chain of more than 190 stores opened its first outlet in the state. “I think that customers will be happy with our interest and desire in giving them what they deserve, and that’s price, service, selection and a great customer experience.”

Whatever else might be said about a proud corporate executive’s boast, Cooper was right about one thing: Total Wine is unlike any other retail liquor store in Tennessee in that it was the first superstore operated by an out-of-state corporation to receive a liquor license despite the state’s longtime law requiring that licensees satisfy a two-year residency requirement.

Total Wine received its license after a federal district court in 2017 struck down Tennessee’s residency requirements for liquor wholesalers and retailers as a violation of the dormant commerce clause, the principle that the states may not enact laws discriminating against interstate commerce. A panel of the 6th U.S. Circuit Court of Appeals in Cincinnati affirmed the district court in a 2-1 decision last February; and a few months later, the Total Wine store in Knoxville opened its doors.

But the U.S. Supreme Court has agreed to hear an appeal by the Tennessee Wine and Spirits Retailers Association, which is defending the state’s residency requirement. If the court rules for the association and revives the residency requirement, the Total Wine superstore in Knoxville may become just one giant purveyor of cigars, soft drinks and snacks—but no liquor, assuming it could stay open at all.

The state retailers’ association argues that the 21st Amendment, ratified in 1933 to end prohibition, gives the states “broad latitude to regulate the retail sale of alcohol free from the constraints of the dormant commerce clause.”

“Tennessee’s durational-residency requirement is not subject to the dormant commerce clause because it is authorized by the [21st Amendment’s] core Section 2 power ‘directly to regulate the sale ... of liquor within’ the state,” the retailers association argues in a brief.

Because of ambivalence by the state, the Nashville-based association, which represents more than 500 liquor store owners across Tennessee, is carrying the ball inTennessee Wine and Spirits Retailers Association v. Blair, which is scheduled for argument Jan. 16. The Tennessee Attorney General’s Office had issued two opinions in recent years concluding that the state’s residency requirements for liquor licenses likely violated the commerce clause. However, the office filed a letter with the Supreme Court in the case stating that the Tennessee Alcoholic Beverage Commission believes its residency requirements do not violate the commerce clause, but that the commission would not file its own merits brief.

The main requirement says that applicants must have resided in Tennessee for two years before applying. In addition, the state imposes a 10-year residency requirement to renew a license (which is good for just one year). For corporations, state law requires all of a company’s stock to be held by individuals who meet the residency requirements.

When Total Wine and another out-of-state applicant, the new owners of a longtime Memphis liquor store called Kimbrough Fine Wine & Spirits, sought licenses in 2016, the state retailers association informed the Alcoholic Beverage Commission that if the agency granted the licenses, the association “would immediately file suit … asking a court to make a Tennessee agency follow current Tennessee law passed by the Tennessee legislature elected by Tennessee citizens.”

The commission’s then-director filed his own suit, seeking a declaration regarding the legality of Tennessee’s requirements. After the state association removed the suit to federal court, the district court struck down the durational-residency requirements.

The 6th Circuit panel agreed 2-1 that Tennessee’s two-year residency requirement violated the dormant commerce clause. The court considered the requirement in light of the Supreme Court’s 2005 decision in Granholm v. Heald, which struck down Michigan and New York laws that barred out-of-state wineries from making direct sales to consumers.

The high court had said that because those states’ laws involved “straightforward attempts to discriminate in favor of local producers … the discrimination [was] contrary to the commerce clause and [was] not saved by the 21st Amendment.” But the justices also reasserted that the “three-tier system” of alcohol regulation by the states, in which there is separate licensure for producers, wholesalers and retailers, is “unquestionably legitimate.”

The 6th Circuit said Tennessee could achieve its goals of oversight, management and control of licensed alcohol retailers by using nondiscriminatory means, such as requiring an out-of-state-based retailer to have a general manager who is a resident, and by requiring both in-state and out-of-state retailers to post a substantial bond.