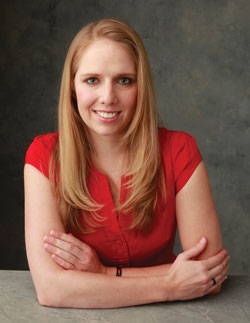 ”Dean Says ‘Law School Bubble’ Was 25 Years in the Making.”

Deans see the law school bubble; now they seek to deflate it.

That hit a nerve.

The story drew nearly 200 emails and online comments from readers. In response, the Law Scribbler produced two follow-up podcast discussions with co-author William D. Henderson and six law school deans and professors to explore the merits and also critiques of federal loan programs, examine the root causes of the deep debt students face (such as market demands for amped-up facilities), and propose potential solutions (such as multischool funding of shared libraries) to combat future tuition hikes.

“There’s no doubt that 25 years of tuition rising faster than the rate of inflation is not sustainable,” says David N. Yellen, dean of Loyola University Chicago College of Law, who cites competition between schools, the impact of U.S. News & World Report’s rankings program, and a lack of self-control by law schools themselves as drivers of that speeding train.

Schools are now “working on ways to control costs,” Yellen says, “looking for better, more efficient ways to educate our students to scale back some of the aspects of legal education that have contributed to this cost increase.”

The deans also address the disconnect between law school missions and student perceptions; the difficulties of trimming faculty hires and workload requirements (the largest chunk of law school budgets); and the destructiveness of measuring law school rankings based, in part, on expenditures per student.

Whether coincidence or further evidence of a gathering storm that may not have reached full strength as yet, the sessions were held two days after lawsuits were filed against 12 more law schools; now 14 have been sued over the way they report employment data for their graduates.

The lack of reliable statistics that distinguish between practicing and nonpracticing grads—often a route touted by career service advisers and well-wishers to students struggling to find law jobs—was of particular concern to Brian Z. Tamanaha, a law professor at Washington University in St. Louis who has written extensively on the legal profession.

“This is a systemic problem. [Law schools] cost too much for the economic opportunities [students] get in return,” says Tamanaha, who expressed doubt that the recent downsizing of first-year classes will be able to deal with a significant surplus problem forged over the past 10 years.

“I don’t think it will come down to voluntary changes [by law schools]. Ultimately, these changes will be forced upon us,” he says. “No matter what happens, it will be quite devastating to law schools.”