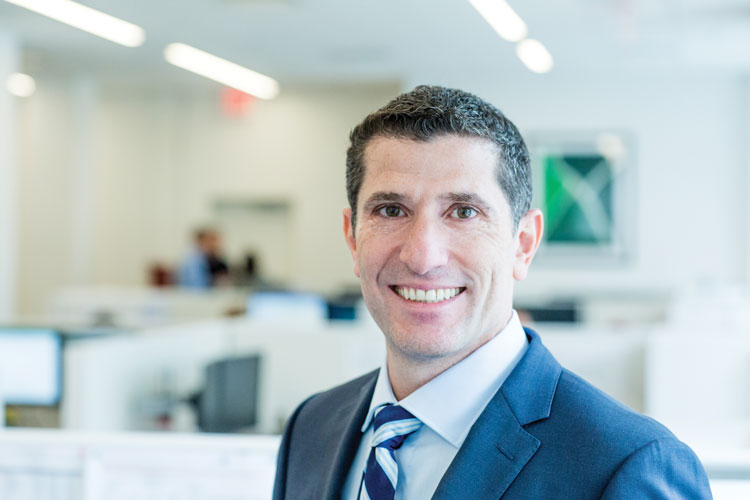 David Perla: “The ones that say we are gambling or drumming up business overlook the fact that we only take on cases we can win.” Photo courtesy of Burford Capital.

Chock says Bentham does mostly single-case financing. “We’ve worked hand in hand with contingency lawyers and more traditional hourly firms that want to do more of these types of cases,” she says.

In the majority of instances, however, firms are coming to them on behalf of their clients. “There’s been an uptick in interest from big law firms in the last two years,” she says. “They wouldn’t have done this five years ago, but clients are now demanding this. They want law firms to take on some of the risk.” She says Bentham’s largest, single-case investment so far is a $40 million advance on a trade secrets and breach of contract judgment that’s currently on appeal.

Perla of Burford, meanwhile, compares his company to a financial institution. “Burford is a public balance sheet, much like an investment bank,” Perla says. “Everything we do is nonrecourse, and we only make money if the client is successful.”

According to him, the firm applies a forensic level of due diligence on a case-by-case basis to vet the legal validity of each case and the likelihood that the suit will be successful. Perla says of the 1,500 inbound requests for capital in 2017, the firm only funded 60 requests.

The U.S. Chamber of Commerce has been particularly vocal on this front, fearing that businesses will be awash in specious lawsuits and/or forced to settle frivolous suits to avoid having to pay to litigate them. On its Institute for Legal Reform website, the chamber argues that “more litigation funding means more litigation,” and that funding “can undercut a plaintiff’s control of litigation.”

“The people who rail against us, the ones that say we are gambling or drumming up business, overlook the fact that we only take on cases we can win,” Perla says. “Because of the way that we carefully vet cases on either a single-case or portfolio basis, we are actually creating efficiency in the [legal] system.”

Robinson, who advises Stevens & Lee’s clients about the benefits and potential pitfalls of litigation financing, concurs. “The big funders are sophisticated and vet claims carefully. As a result, they weed out the weak claims that shouldn’t be brought. In that sense, they’re having a positive effect on the market,” he says.

Meanwhile, in February 2017, the Consumer Financial Protection Bureau and the New York attorney general sued RD Legal, one of the largest consumer litigation financing firms, over allegations that it scammed 9/11 first responders and NFL concussion victims out of millions of dollars by luring them into costly settlement payouts while disguising the terms of the advance agreements.

In its court papers, RD Legal has claimed that the structure of the CFPB is unconstitutional while maintaining that it has done nothing wrong. “Far from engaging in the ‘deceptive and abusive’ practices alleged in this lawsuit, the RD entities provide customers the information necessary to make informed decisions about whether to sell their settlement proceeds,” RD Legal said in its motion to dismiss. “The RD entities even encourage customers—in bold type in every contract, above the signature line—to consult with an attorney and other professionals who can assist in determining if the transaction fulfills the customers’ financial needs.”

“Back in the day, funders said, ‘We’d be crazy to invest in a frivolous lawsuit.’ And I said that they could spread risk on a portfolio basis. If you’re a plaintiffs lawyer, why not spread risk around cases? If one or two ships come in, you’ve covered all of your bases,” says Beisner, who represents the U.S. Chamber of Commerce. But he adds that the opinions stated in this piece are his own. 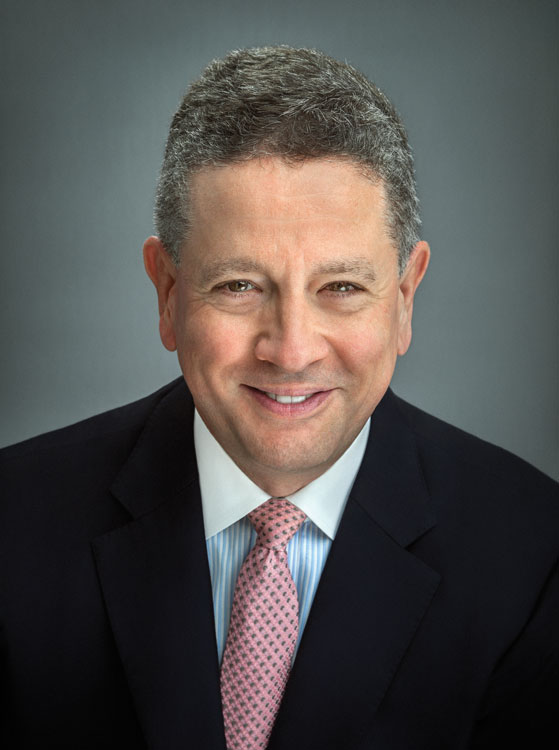 Eric Robinson: “Some firms don’t want to risk the contingency fee model, but that may change if a client is willing to consider a litigation funder.” Photo by Frank Veronsky Photography.

One of the biggest tension points between proponents and critics of litigation financing is the potential for interference by the third-party funder, either by dictating legal strategy or pressuring attorneys over settlement amounts.

“Funders say, ‘We don’t have any control,’ but some get to pick the counsel, and most get notified about settlement offers,” Beisner says. “They are certainly exercising influence.”

Critics such as Beisner point to Burford Capital’s involvement in the long-running Chevron case. The Chevron Corp. was being sued by a group of Ecuadorean villagers who claimed that the oil giant polluted their land.

In a civil RICO case against Steven Donziger, the lawyer for the villagers, court documents revealed that Burford, in a confidential presentation to the plaintiffs, was concerned about an “unnaturally low” settlement and asked them not to settle for less than $900 million without Burford’s consent. And if plaintiffs settled for less than that, Burford wanted to be compensated for $900 million anyway.

That presentation, however, predated the actual agreement signed by the plaintiffs attorneys including Patton Boggs (now Squire Patton Boggs) and Donziger, who stipulated that if they settled for less than $1 billion, Burford would be compensated as if the settlement was $1 billion. Additionally, if Burford invested $15 million, it would receive 5.5 percent of any recovery.

Burford ultimately invested just $4 million and later sold its stake. In February 2011, the plaintiffs were awarded $18.2 billion from Ecuador courts. However, the company refused to pay, accusing plaintiffs and their lawyers of engaging in fraud. Burford also accused Donziger and others of fraudulent inducement and terminated its relationship with the plaintiffs in September 2011.

Burford released a joint statement with Chevron in April 2013 renouncing any claims to the litigation. U.S. courts have ruled for Chevron, rejecting attempts by the Ecuadorean plaintiffs to collect the judgment. Donziger, meanwhile, has been suspended from the practice of law in Washington, D.C., and New York.

“That’s the problem [with litigation funding]—the settlement isn’t dictated by the strength or weakness of the case, but by the investors,” Beisner says.