Making Mediators: As the Field Grows, So Does the Need for Negotiation Skills 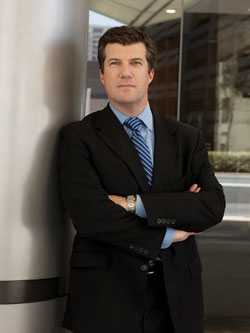 “Lawyers tell me all the time, mediation seems like the perfect profession,” quips Lee Jay Berman, a Los Angeles-based trainer at the American Institute of Mediation, “because you don’t have clients and you don’t have partners.”

But it’s more than a wish for a bachelor occupation that’s inspiring interest in mediation. Court budget cutbacks, the high cost of discovery, crowded dockets and emphasis on result-oriented “value billing” have created the elements of a perfect storm for a mediation wave. Results for “divorce mediation”—an allegedly less expensive, more humane alternative to family court—fill search engines. And on the supply side, Berman notes interest in training as a mediator of complex, high-ticket disputes and novel specializations such as hostage negotiation.

Kimberly Taylor, chief operating officer at JAMS, the Resolution Experts, in Washington, D.C., says she’s seen a slow but steady increase in demand for mediation services, “especially in the middle of the country where mediation is a few years behind in terms of adoption vis-à-vis California and New York.”

JAMS, named from the acronym for Judicial Arbitration and Mediation Services, is the largest private provider of alternative dispute resolution services, averaging about 10,000 cases a year. “What we look for in bringing a mediator on our panel is a significant amount of experience either as a sitting judge or as a lawyer demonstrating the ability to bring parties together,” Taylor says. “It requires a certain personality type and a deep knowledge of the law; it’s about bringing parties together, listening, patience, persuasiveness, being able to see commonalities.” Lawyers traditionally train to be zealous advocates, but the would-be mediator must adopt a different mindset. Taylor says JAMS is “very measured” in its approach to adding mediators to its panel. “We typically reach out to people we’re interested in ourselves,” Taylor notes. “We might add 30 [mediators] this year.” JAMS has 27 offices nationwide and recently opened an international branch headquartered in London.

New York City-based trainer Alex Yaroslavsky of the Yaro Group says lawyers “like the idea of being a mediator, but the toughest thing for most people to do is to suspend their own judgment. In training we throw scenarios at them that challenge their own values to see if they can balance and stay focused rather than judging the values of their participants. … The mediator owns the process and the participants own the issues. They also own the decision as to whether to come to an agreement.”

While mediation allows matters to be aired in a less expensive forum than litigation, the opposing parties have to agree to participate and have to agree on a mediator. They are not bound in advance to accept a ruling, as in an arbitration. And they can still go to court if they don’t like the deal they received in the mediation process.

“Think about a simple employment case for wrongful termination,” Polsky posits. “Litigation infects the defendant business with discovery, depositions—then there’s the negative energy toward the employee, who has to carry it around while trying to find a job in a terrible job market. If the parties can bury their anger and be made to understand the true cost of going forward, you can do a lot of good.”