Martin Luther King Jr. offers insight into 'justice for all' 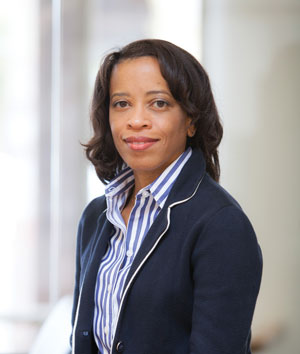 "In a real sense all life is interrelated. All men are caught in an inescapable network of mutuality, tied in a single garment of destiny. Whatever affects one directly, affects all indirectly." —Dr. Martin Luther King Jr.

Like many people, I have been more than a little outraged about the water crisis in Flint, Michigan, a calamity apparently caused by the deliberate decisions of public servants to switch the city’s water supply from a safe source shared with Detroit to the noxious Flint River. The stated reason? To cut costs. The result? The people of Flint—an economically and politically depressed, deindustrializing city of about 100,000 people, the majority of whom are both black and poor—have been exposed to lead poisoning.

Although this crisis received national attention after more than two years of citizen complaints, other concerns raised by the residents of Flint over the same time period—about racially insensitive and excessive policing, echoing concerns raised by protesters across the country—have made fewer headlines.

Are the water crisis and complaints about policing in Flint unrelated? I wonder. As I reflect on the values and other conflicts that likely underlie each of these issues, a question arises: Might a culture that turns a blind eye to the regular use of excessive force against its citizens be all the more likely to enact both law and public policy that systematically render these same people vulnerable to much less visible harm?

Questions like these come up for me regularly as a consequence of my mindfulness meditation practice, a practice I see as a foundation for the work of helping face and solve problems. As part of this practice, I study the words of leaders and advocates of justice throughout history. As the Martin Luther King holiday came and went this year, I took another look at some of the lesser-known writings and speeches that Dr. King left behind.

While many are familiar with his work to promote racial equality in the U.S., fewer know of the advocacy in which he was deeply engaged, late in his tragically short life, on behalf of justice that included everyone and addressed all forms of threats to human dignity. Among that advocacy, we find meditations on the inequities of 50 years ago, conditions that were in some ways both more visible and less extreme than the inequalities of today.

As important as racial equality was for him, King also called upon us to expand our sense of compassion—moving beyond a parochial, tribelike focus on our own particular group and instead expanding our concern to all who suffer unnecessarily:

“This call for a worldwide fellowship that lifts neighborly concern beyond one’s tribe, race, class and nation is in reality a call for an all-embracing and unconditional love for all men. This oft misunderstood and misinterpreted concept … has now become an absolute necessity for the survival of man.”

What drove Dr. King to this call for worldwide fellowship, at least in part, was his concern about the inequality and callousness to human suffering that hypercapitalist values and practices routinely produce. That same concern, however, led him to suggest that our system itself must be examined:

“I’m simply saying that more and more, we’ve got to begin to ask questions about the whole society. We are called upon to help the discouraged beggars in life’s marketplace. But one day we must come to see that an edifice which produces beggars needs restructuring. It means that questions must be raised.”

More than 50 years ago, King understood the importance of seeing not only our interconnectedness as people but also seeing the interrelationship between actions and policies in one arena and outcomes in another. He saw inequality not merely as a problem of individual actions, but as a consequence of our institutions and social structures. He called on us to see the links, for example, between racism, capitalism and (expanding his gaze further to take in the whole world) imperialism. He asked us to see the ways that, when left unchecked, the values underlying each of these slowly diminish our capacity for compassion toward one another.

These shifts in perspective are not easy to imagine occurring in even one person, let alone on a larger scale. King understood this. Nevertheless, he made the case for change and, indeed, for change that must come quickly:

“We must rapidly begin the shift from a thing-oriented society to a person-oriented society. When ma-chines and computers, profit motives and property rights, are considered more important than people, the giant triplets of racism, extreme materialism and militarism are incapable of being conquered.”

The awareness of interconnectedness that inspired Dr. King’s insights is something that arises to many who employ mindfulness meditation practices to examine today’s crises—including sticky issues such as the need for criminal justice reform, the rebuilding of public infrastructure and accountability to the people, and the improvement of education for all our students. Indeed, as a team of researchers from Stanford, the University of California at Davis and UC Berkeley discussed in their 2015 article, “A Wandering Mind Is a Less Caring Mind: Daily Experience Sampling During Compassion Meditation Training,” practices that aim to increase the mind’s capacity to focus increase self-compassion and other compassion.

And an international team of researchers has found that a lack of compassion for self is associated with a tendency to view the world through the lens of social hierarchy as opposed to egalitarianism. Their findings are discussed in the 2014 article “Multiple Facets of Compassion: The Impact of Social Dominance Orientation and Economic Systems Justification.”

To be sure, there’s no rule that says someone must have a mindfulness meditation practice to be aware of and to act on a sense of our inherent interconnectedness. For many, however, appreciating these interconnections increases with mindfulness practice and exercises. I learned this again during the contemplative lawyering class I teach. During the class one of our students, a first-generation American and son of immigrant farmworkers, participated in a simple mindfulness reflection. At the end, he reported that the exercise reminded him of the people who pick raisins—the circumstances under which they live and struggle to survive and, through that, to the values and motivations that originally led him to law school. Such practices can be brought into our most besieged communities and applied to our most intractable problems, providing a foundation for social justice work that transforms individuals and the world around us.

A commitment to becoming more aware of our interconnectedness leads to deeper understanding of injustice in our midst. It leads to the will to closely examine inequality today—inviting a look beyond individuals to systems and structures, and providing a basis for law and policy that improves all our lives. It reveals, for example, that problems as seemingly disparate as a water quality crisis and the excessive use of police force are caused by the same lack of compassion for our fellow human beings, and can be redressed—and more importantly, prevented—by developing that very compassion.

In his book The Price of Paradise: The Costs of Inequality and a Vision for a More Equitable America, law professor David Dante Troutt argues persuasively that the problem of structural inequality affects all of us. Engaged mindfulness practices are just one way to increase our capacities to see a role for each of us in ameliorating inequality. They are one tool for building bridges between disparate causes, concerns and people, and for supporting the ongoing shifts in understanding that are necessary for law and policy that truly provides equal protection and justice for all.

This article originally appeared in the March 2016 issue of the ABA Journal with this headline: “Reflecting on Our Interconnectedness: MLK offers insight into ‘justice for all’.”

Simple awareness-of-breath exercises support not merely concentration and calming but may open the door to experiencing interconnection: Begin by settling into a position in a chair with your feet flat on the floor and your spine straight but not rigid. Take a few deep breaths and bring your attention to the sensations of breathing in and out. These sensations will be the focus of your attention over the next few moments. As you rest your attention on these sensations, you develop a sense of focus and may experience a calming of your mind. As you breathe in and out, see whether you can notice where “you” begin and the breath ends. Notice how a focus on the breath in this way is a reminder that we are not separate from the so-called environment: Indeed, we cannot exist without it. In that sense, may each breath be a reminder of inherent and fundamental interconnectedness with your environment, your community and the whole world.

Rhonda V. Magee, a University of San Francisco law professor, teaches torts, race and law, and contemplative lawyering. She serves on the board of advisers of the University of Massachusetts Center for Mindfulness, and is a research fellow with the Mind and Life Institute.