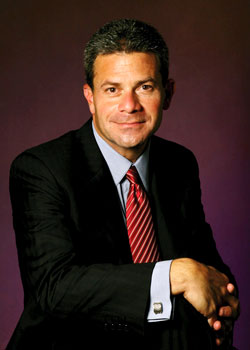 A hot quarter of regional and boutique law firm acquisitions, potential mega-firm merger talks, and the marriage of prominent U.S. and U.K. law firms has led some analysts and law firm leaders to predict more domestic and global unions in the near future.

SNR Denton—formerly Sonnenschein Nath & Rosenthal and Denton Wilde Sapte—launched as a top-25 global firm this fall with more than 1,500 lawyers in 32 countries. Reed Smith and Thompson & Knight have also confirmed potential union talks. And 14 other firms made it down the aisle with seven mergers reported in the first seven days of October.

“Our clients are telling us overtly or through their actions that they’re going to use a small er number of law firms, and those firms have to be more nimble: provide value, efficiency and speed—and do so with a broad coverage of the globe,” says Elliott Portnoy, SNR Denton’s co-CEO. “We were in danger of not being able to meet those client needs if we didn’t become a global firm.”

The new firm plans to adopt a more unified development process for its lawyers as it works to integrate British and American practice groups into single entities. As a result, a senior associate in Chicago will be just as likely to work with an associate in Doha, Qatar, as with one in San Francisco through phone calls, videoconferencing, e-mail and joint meetings and training sessions, Portnoy says. One key difference the U.S. lawyer will notice, however, is adoption of a historically British organizational approach to practice groups.

“If you look at the top 20 U.S. and U.K. law firms, most of the U.K. firms are organized around industries, whereas the U.S. firms are based around specific practice groups,” Portnoy explains. “But clients want services bundled as an industry approach.”

Long-standing middle- and small-market clients are also demonstrating greater global outlook, and law firms need to be prepared to meet those aspirations, Portnoy says, predicting more international and domestic combinations. In fact, of five law firm acquisitions announced in the previous quarter of 2010, says Altman Weil principal Ward Bower, four were driven by strategies to extend or strengthen the geographic presence of the acquiring firm.

Although smaller-firm acquisitions make up the bulk of recent mergers, Atlanta-based Kilpatrick Stockton followed up the purchase of a 10-lawyer construction firm in Oakton, Calif., with a marriage to 190-lawyer San Francisco-based intellectual property firm Townsend and Townsend and Crew, which will boost the new firm to 650 lawyers effective Jan. 1.