Knight’s eagerness to strike out on her own is hardly an anomaly for this generation. Perhaps more than any other trait, a willingness to leap into entrepreneurialism separates 20- and 30-something lawyers from their Gen-X and boomer counterparts. 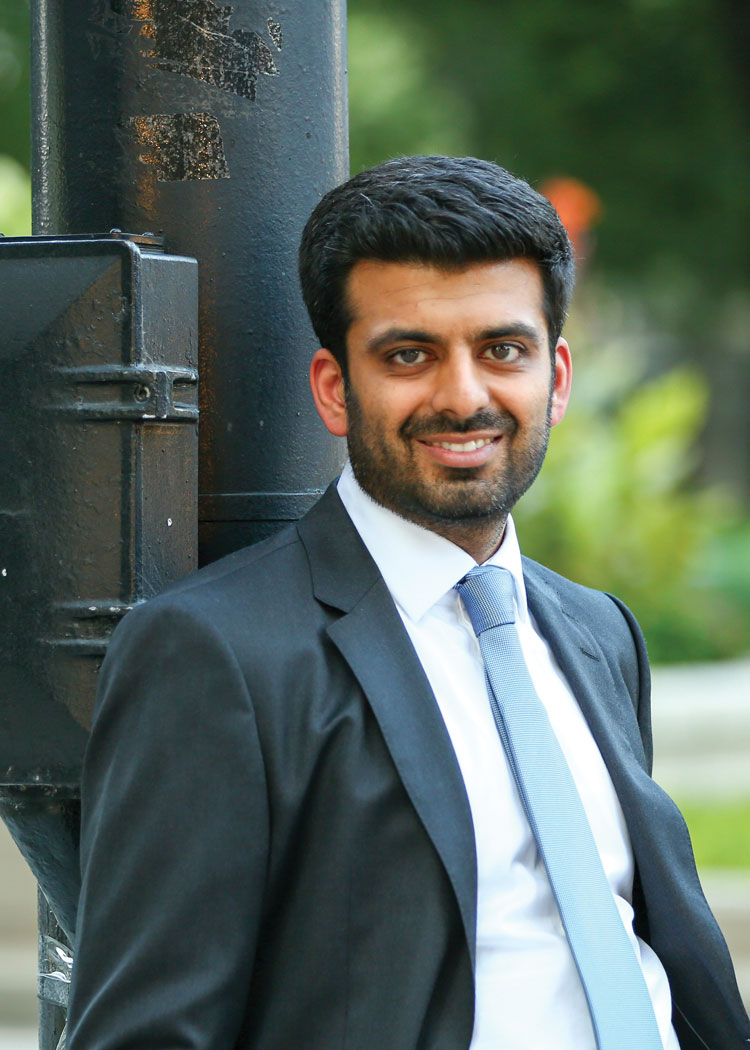 Nehal Madhani: “In addition to learning how to be a lawyer, I gained an understanding of the concerns lawyers face when they’re evaluating technology and adapting to it.” Photograph courtesy of Alt Legal

A first-generation immigrant, Nehal Madhani graduated from the University of Pennsylvania Law School and landed a job working in Kirkland & Ellis’ bankruptcy practice. But four years in, he left that safe, rarefied world to launch his own company. It wasn’t easy. Madhani’s first startup, a marketplace that connected companies with legal help, sputtered out after a few months. “Small businesses have a high failure rate and are stingy on the legal fees—so not the best customers,” he says.

Undaunted, Madhani decided to start over, drawing on a kernel of insight gained from his own experience as an entrepreneur. He had handled his own intellectual property filings for the first business and quickly became frustrated by the laborious process. So Madhani decided to automate IP deadlines by connecting to databases that would automatically download the latest filings and by creating algorithms to review data and identify deadlines. Today, his company, Alt Legal, has hundreds of customers, ranging from small firms to Am Law 100 members, and manages hundreds of thousands of filings. It’s clearly filling a huge need. “One of our clients has 20,000 IP filings,” Madhani points out. “You just cannot track that manually.”

Alt Legal is looking to expand internationally and wants to start analyzing its IP data to offer customers insights about, for example, who might be infringing on their IP or how to file paperwork to increase your likelihood of patent success. The training he received as a corporate lawyer, he says, was critical to Alt Legal’s growth. “My experience at Kirkland was amazing,” he says. “In addition to learning how to be a lawyer, I gained an understanding of the concerns lawyers face when they’re evaluating technology and adapting to it. That’s been invaluable.”

There are countless other examples of millennial-helmed legal startups trying to fix the industry’s pain points. “Millennials have more entrepreneurial opportunities than any other generation, combined with a sense of confidence that makes the challenge more inviting and a greater comfort with risk that comes with being young,” Rikleen says. 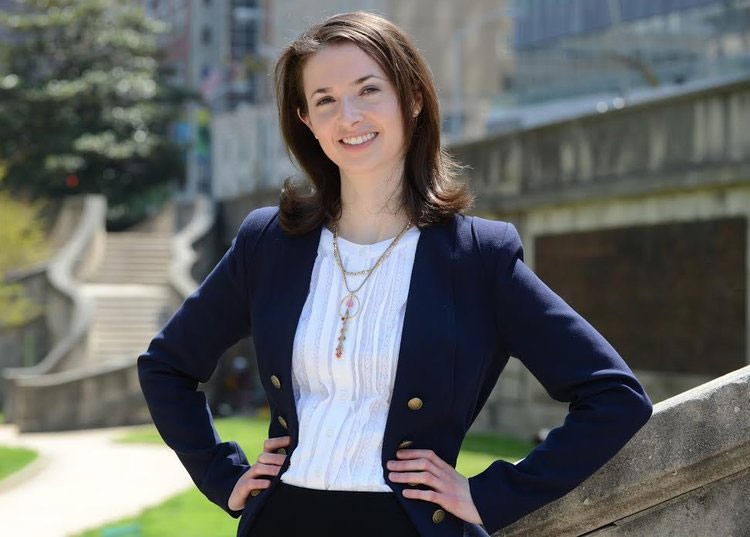 Avery Blank: “We have that thicker skin because social media really gives you the opportunity to feel the real-world effects of how people react to us and what we’re thinking.” Photograph courtesy of Avery Blank Consulting.

Millennials’ boldness about striking out might also stem from their exposure to the criticism and frank feedback that comes with living on social media, notes Avery Blank, a Yardley, Pennsylvania-based generational strategist and consultant who has a JD. “We have that thicker skin because social media really gives you the opportunity to feel the real-world effects of how people react to us and what we’re thinking.” In this regard, millennials are hardly the fragile snowflakes of longtime portrayals. “We’ve toughened up, and I think that’s allowed us to be a little more willing to take risks.”

Ryan Alshak of San Francisco is an example of millennials’ ability to identify opportunities and pivot. The graduate of the University of Southern California School of Law is attempting to solve the long-standing bane of lawyers’ existence: time entry. It earned him a position as a 2017 ABA Journal Legal Rebel.

Alshak’s timekeeping software, Ping, not only automates the entry process but also aims to record data so that lawyers can better understand how they spend their time and create more accurate budgets.

Alshak didn’t always intend to become an entrepreneur. In fact, he was dead set on being the general counsel for the Los Angeles Clippers—so much so that he joined Manatt, Phelps & Phillips, the LA firm that counted the NBA team as a client. But all those dreams went up in smoke shortly after Alshak began working, when recordings of racist statements made by Clippers owner Donald Sterling were publicized in 2014. His firm dropped the Clippers, and Alshak’s life plan was thrown for a loop. After spending 18 months working on cases that took him to Israel, London and Switzerland, “I was having a fantastic time, but I couldn’t shake this feeling that I was just working on my partner’s case, my partner’s client,” he says. “I knew I could build something similar, but I didn’t want to wait that long. I wanted to create something now.” 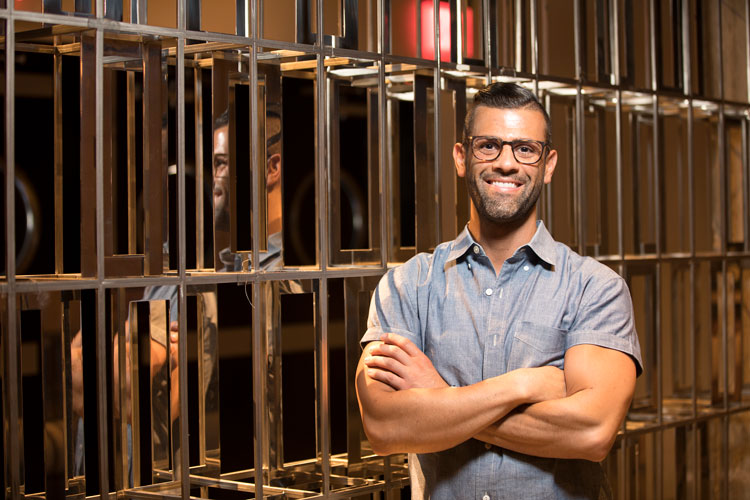 Ryan Alshak: “Law firms now understand that they have to move toward data-driven decisions to survive in this new economy. That’s changed even in the past year.” Photograph by Earnie Grafton.

His idea for a startup was born of personal experience during his three years as a corporate litigator. “I was the worst timekeeper in America,” Alshak says, laughing, remembering how he would inevitably wait until the end of the week to enter his hours. “I knew I was leaving a lot of time on the table.” Alshak decided to leave his job in May 2016 to build Ping full time. This past spring, the company was named one of the first participants in a new Silicon Valley legal tech accelerator program sponsored by LexisNexis. It’s in the process of beginning several pilot partnerships with big law firms. Alshak, who estimates that lawyers are 20 percent off in their billing estimates, and that managing partners will slice off another 10 to 20 percent when reviewing a client’s bill, says that the days of being able to get away with being that imprecise are waning. “As the legal profession moves toward flat fees, clients are going to demand more transparency and more accuracy,” he says. Alshak says that eventually Ping will be able to use machine learning to determine how attorneys actually spend their time and make better estimates for clients.

Like Madhani, Alshak says his time in BigLaw was critical in helping him grow Ping.

“I sell from a firsthand perspective of understanding what their pain is. That changes the game.” He also points to a new urgency among law firms when it comes to adapting to technology. “Law firms now understand that they have to move toward data-driven decisions to survive in this new economy,” he says. “That’s changed even in the past year.”