More Than a Budget Line Item 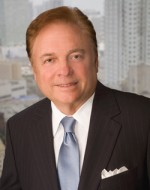 As the United States grapples with the most difficult set of economic conditions it has faced since the Great Depression, the demands placed on our justice system grow at an ever-accelerating rate. Declines in the country’s economic health have been followed by an increase in court filings, and that trend is proving more pronounced than ever.

A survey of state court trial judges recently released by the ABA’s Coalition for Justice confirms that an increasing number of Americans are looking to the courts for help solving their economic problems. A majority of the judges who responded to the survey reported a rise in filings related to foreclosures, domestic relations and consumer issues such as debt, as well as nonforeclosure housing matters such as rental disputes, in that order.

Eight states have resorted to closing courts on certain days each month and 19 states have instituted furloughs. In Vermont, judges and all court staff are furloughed one day per month with no pay. In Georgia, where the state constitution prohibits lawmakers from lowering the state’s supreme court justices’ pay, the justices voluntarily participated in all-staff furloughs. California, meanwhile, has implemented a statewide court closure program, shutting down courtrooms one day each month.

America’s federal courts are also under stress. Despite an enormous upswing in the number of federal filings, Congress declined a request from the Judicial Conference of the United States to create 69 new federal judgeships. These are sorely needed in our most congested judicial districts, some of which have seen a twofold increase in caseloads over the past decade.

The pressure on federal courts has been exacerbated by a meteoric rise in bankruptcy filings. The Administrative Office of the United States Courts reported that bankruptcy petitions were at their highest level since 2006, totaling 1.5 million for the 12-month period ending March 31 of this year. That is a 27 percent increase from the same period ending in 2009. Though a majority of filings involved consumer debt, filings resulting from business debt were up 25 percent from the year before.

In addition to the problem of overwhelming caseload volume are issues surrounding court procedure. While rules of procedure are created in an effort to ensure justice, they often are complex and challenging, and can thwart that goal. This proves particularly true with nonlawyers who do not understand how to navigate the rules. Unfortunately, judges responding to the ABA survey have confirmed that more and more people are showing up to present their cases without counsel.

Among the participating judges, 62 percent said that pro se parties experience a negative impact on their cases, while 78 percent reported that lack of representation has a negative impact on the way courts operate. Pro se appearances tend to slow things down as judges strive to be fair but efficient in performing their duties.

The consequences of inadequate judicial funding extend beyond American courthouses into our jails, police departments and social services such as domestic violence service centers. The results include reduced public safety, prison overcrowding, and a lack of support systems for families and children in times of crisis.

In a time of severe recession and unprecedented deficits, legislators face a difficult decision-making process. American lawmakers must value the judicial branch as more than a line item in a budget. It is time to ensure that in America—a country founded on the rule of law and the principle of access to justice—our judicial branch does not wither under a financial burden. The ABA has a special obligation to provide the strongest advocacy possible for the uncompromised vitality of our judiciary.

For these reasons, the ABA has created a blue-ribbon Task Force on the Preservation of the Justice System, which will include some of the most distinguished attorneys and judges in America, working under the leadership of co-chairs David Boies and Ted Olson. The task force will partner with state and local bar associations to highlight the debilitating impact of underfunding on the American justice system. Their strategies will include holding public hearings to demonstrate the problems and leading delegations to meet with legislators and policymakers throughout the United States. At the end of this process the task force will report to the ABA House of Delegates with recommendations to redress the current crisis and guard against future harm.