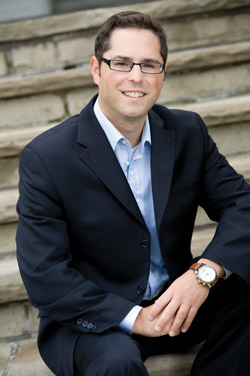 Small claims court cases are like any other legal disputes, but minus a zero, says Jordan Farkas, a Canadian lawyer who’s built a practice advising people who have $25,000 or less at stake. “Most lawyers look down at it,” says Farkas, 31. He started small claims work as a law firm associate to pick up litigation experience, and he can be found online as “Mr. Small Claims Court.”

Farkas has an actual office, with a secretary, in Toronto. But the majority of his client consultations are done by email, fax and telephone.

“If you’re looking to sit down and have a cup of coffee with a lawyer—and be charged $200 an hour —this isn’t the right service for you,” Farkas says.

The limit for small claims court damages is higher in Ontario than the United States, where states usually have a ceiling that’s less than $8,000. Also, Ontario law allows paralegals to make appearances in small claims court.

An initial phone consultation with Farkas is free, but he also does paid phone consultations if someone wants an in-depth analysis and review of the client’s documents. When Farkas started his business in 2008, much of the work came from opinion letters he wrote evaluating legal claims. Today, he says, the bulk of his practice is writing demand letters and claims for clients, usually for a flat fee. He charges around $350 for most claims, while docket review costs about $250.

A team of paralegals handles court appearances. Farkas estimates that 70 percent of his clients are plaintiffs and 30 percent are defendants. Over the past year, Farkas says, he’s had more than 100 files. So far, he’s only been conflicted out of one case.

Farkas advertises his firm with Google search terms, which he wouldn’t disclose. He also puts out an electronic newsletter, Small Talk, published on his webpage. And you can find Farkas on Twitter—his handle is @MrSmallClaims.

As an associate with Toronto’s Solomon Grosberg, Farkas says, he saw a need for high-quality, affordable legal advice. So he started his website, and potential clients began emailing him while it was still in beta.

“He’s always kind of been a little hungrier than the rest of us,” says Mark A. Ross, a Toronto sole practitioner who attended Osgoode Hall Law School with Farkas. “He worked part time … and he was certainly out there seeing things.”

Farkas declined to disclose how much of a profit his business has made.

“I’m not in this to become a millionaire. I’m doing it because I have independence and I’m being creative,” says Farkas, who spends a significant amount of time traveling. The majority of his work is accomplished on a laptop computer.

“This is the type of business I can manage from anywhere,” he says. “I travel more than the average person because I have the ability to.”