More significantly, we find that plaintiffs often pay a high personal cost for their involvement in discrimination lawsuits. Beginning in the workplace, once they start to raise the possibility that they were discriminated against and certainly if they file a charge, they face ostracism from management and even co-workers. Handley became estranged from his wife and was forced to live out of his car because of financial difficulties.

Many plaintiffs report experiencing depression, alcoholism and divorce flowing from the stress of litigation. Many plaintiffs begin litigation hoping to get their job back; that almost never happens. Sam Grayson, a police officer who sued on a disability claim, received what we know was a large monetary settlement. His reaction: “I didn’t want any money. I wanted my job back. And I actually, to be completely honest with you, cried and left and felt like I had lost because it wasn’t about the money.”

On the contrary, we find that defendants and their lawyers voice support for a discrimination-free workplace, claim they do not tolerate discrimination in their organizations, and say that “if they find it they fix it.”

How do they explain discrimination claims brought against them? Overwhelmingly, they tend to reject the validity of any particular plaintiff’s claim.

We refer to this phenomenon as employers perceiving “the right right, but the wrong plaintiff.” Employer defendants tend to see plaintiffs as problem employees and eventually as legal adversaries of questionable judgment and integrity.

Myth 8. Many plaintiffs’ lawsuits are frivolous.

Our interviews with defendants and their lawyers reveal that they often believe plaintiffs are ill-informed about the law or seeking undeserved compensation. Yet there is no straightforward test to determine at the outset of a case whether it is weak on the merits. Unlike medical treatment files, which can be objectively reviewed by experts, employment files are themselves created by employer-defendants and may contain subjective assessment of performance and misconduct.

An unfortunate consequence of their screening is that it may work against less resourceful plaintiffs and people of color. Black plaintiffs were significantly less likely to have legal representation in litigation, with the result that they were more likely to have their cases dismissed.

Such high-profile cases as the sexual harassment claims brought against the late Roger Ailes and former Fox News commentator Bill O’Reilly may give the impression that such claims have become predominant in the employment civil rights docket. Yet all sex discrimination claims continue to trail race discrimination claims in court filings (37 percent and 40 percent, respectively), and age (22 percent) and disability (20 percent) claims also make up a significant share of cases. Sexual harassment is raised in 17 percent of the cases in our sample. Far more common are claims of discriminatory firing, retaliation and promotion. 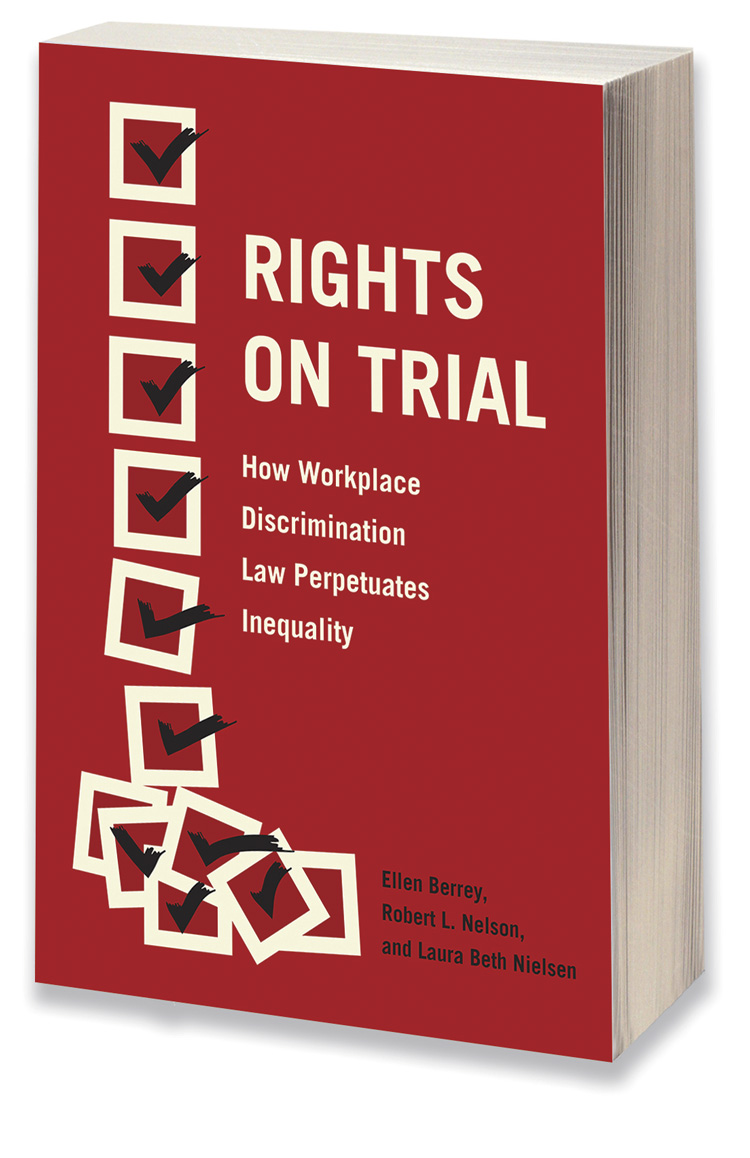 Our work identifies a central paradox in the American approach to workplace discrimination: Despite society’s embrace of a right to a discrimination-free workplace, how these rights are actually implemented in the workplace and in court tends to reinforce the very illegitimate inequalities that the law was created to address. We identify this as reinscription. Various legal processes reinscribe inequalities throughout litigation, from the financial cost of hiring an attorney to defendant employers’ reliance on small settlements.

One prime example of reinscription is how stereotypes about protected groups of workers find their way into the workplace and into the litigation process. Employers treated black plaintiffs as potentially criminally dangerous. Interviewee Franklin Williams was led out of work in handcuffs. Inside counsel referred to an African-American plaintiff as “trying to hold us up” in making a race discrimination claim, thus equating the plaintiff’s behavior with theft.