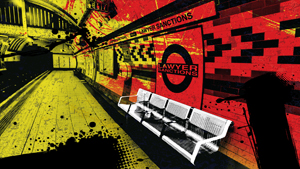 The ABA has filled an important gap in the guidance it provides to state courts, regulatory counsel, attorneys facing disciplinary proceedings and the lawyers who represent their colleagues in such cases on how the association's Standards for Imposing Lawyer Sanctions are applied by jurisdictions around the United States.

All it took was a near-Herculean effort by the people involved in the project and just over 600 pages of text.

But the initial response to the publication earlier this year of the inaugural edition of the Annotated Standards for Imposing Lawyer Sanctions, produced by the ABA Center for Professional Responsibility, indicates that the time and effort were well-spent.

"This book is an excellent idea," says Keith Swisher, a professor and associate dean at Arizona Summit Law School in Phoenix who writes extensively on professional responsibility issues. "To disciplinary authorities and respondents' counsel, who frequently must discern what a consistent and otherwise fair sanction should be, this book should serve as a remarkably useful and efficient tool."

The new annotation may lead to increased reliance on the Standards for Imposing Lawyer Sanctions. "A majority of jurisdictions have adopted the standards, and even those that have not yet formally done so often cite to them," says Ellyn S. Rosen, deputy director of the ABA center.

The book "may provide the latter category of jurisdictions with the information they need to proceed to adopt the standards, thus further enhancing jurisdictional consistency," Rosen says. "We have already heard from disciplinary counsel who have purchased the book and used it in their work how valuable a resource it is. The annotation also serves those lawyers who find themselves faced with discipline, and their counsel, by providing them with tools they need to effectively navigate this part of the disciplinary process."

The Standards for Imposing Lawyer Sanctions, in combination with the ABA Model Rules of Professional Conduct (adopted in 1983) and the Model Rules for Lawyer Disciplinary Enforcement, originally adopted in 1989 to replace the Standards for Lawyer Discipline and Disability Proceedings (1979), form a triad of guidance to state courts, regulators and individual lawyers on professional conduct rules and their enforcement.

The Standards for Imposing Lawyer Sanctions, adopted in 1986 and amended in 1992, play a special role in the process.

"For lawyer discipline to be truly effective, sanctions must be based on clearly developed standards," stated the preface to the standards when they were submitted for approval by the House of Delegates in 1986. "Inappropriate sanctions can undermine the goals of lawyer discipline: Sanctions which are too lenient fail to adequately deter misconduct and thus lower public confidence in the profession; sanctions which are too onerous may impair confidence in the system and deter lawyers from reporting ethical violations on the part of other lawyers. Inconsistent sanctions, either within a jurisdiction or among jurisdictions, cast doubt on the efficiency and the basic fairness of all disciplinary systems."

The original version of the Standards for Imposing Lawyer Sanctions included commentary on each standard that essentially provided further explanation of the meaning of the black letter. But the ABA Standing Committee on Professional Discipline eventually concluded that commentary was not exactly what the standards needed.

In 2012, at the committee's recommendation, the House of Delegates reaffirmed the black-letter standards as ABA policy while rescinding the commentary. That action opened the door for the Center for Professional Responsibility to begin working on an annotated version of the standards that provides analysis of how various states have applied them to specific cases from 1990 through 2013.

"The commentary to the Standards for Imposing Lawyer Sanctions badly needed updating," Swisher says. "The Standing Committee on Professional Discipline seemed smart to ask, and the House seemed smart to agree, to divorce the outdated commentary from the black-letter standards. Now the ABA can regularly update the disciplinary case law and other pertinent authority through annotations, and the first edition of this task has now hit the shelves."

The book provides case annotations to all the standards, and its table of cases takes up more than 50 pages. A chief advantage of the work is that it surveys case law from across the United States.

The annotation to Standard 9.3 (Mitigation), for instance, points out that a key mitigating factor in many lawyer discipline cases is that the offending lawyer has no prior disciplinary record. The annotation goes on to cite cases from Arizona, Colorado, Delaware, Georgia, Louisiana, Maryland, New York, Ohio, Oregon, Vermont, Washington and West Virginia.

Generally, state supreme courts are responsible for ensuring that lawyer discipline is consistent and proportional to prior cases. Most of those courts consider their prior decisions as a primary factor, but they often also cite to the ABA standards. The Annotated Standards will allow lawyers to determine whether the general trend of a particular state's punishment is consonant with the sanctions other jurisdictions are imposing in similar cases.

"Recognizing that the framework set forth in the black-letter standards remains overwhelmingly sound, the center wanted to ensure that state supreme courts, lawyer disciplinary agencies, respondents and respondents' counsel, as well as the public, had an optimal and current resource providing a national perspective on how the states apply the standards," says Rosen, who co-edited the annotation with center director Arthur H. Garwin. "This annotation, summarizing and analyzing cases and scholarly resources from 1990 to 2013, is that one-of-a-kind resource and a great addition to the center's other valued annotations of ABA Model Rules." She says the center's goal is to update the annotation every three years.

Professor Stephen Gillers, who teaches legal ethics at New York University School of Law, agrees that the annotation will reinforce the standards as a useful resource. "The ABA standards offer two advantages," he says. "First, they tell courts the relative seriousness with which the national profession views particular conduct. Second, to the extent they are influential, they will encourage consistency across jurisdictions."

The principal authors of the annotation were Theresa M. Gronkiewicz, the CPR's deputy regulation counsel, and special consultant Martha Middleton, a lawyer and freelance writer based in Oak Park, Illinois, who also writes for the ABA Journal. "The quantity and quality of the research and writing that they provided to bring this publication to press was phenomenal," says Rosen.

"This project was very labor-intensive and time-consuming," Gronkiewicz says. "It was necessary to review case law from all jurisdictions spanning from the '90s through 2013 in order to present a thorough analysis regarding the applicability and use of the ABA Standards for Imposing Lawyer Sanctions in lawyer disciplinary proceedings, and to ensure that the book provides the most benefit to the many constituencies that rely on the standards.

"I am extremely happy with the inaugural edition," says Gronkiewicz. "It is my hope that the book serves as an invaluable resource—not only for those involved in the lawyer regulatory system, but also for the legal profession generally in understanding the disciplinary process and the impact that lawyer misconduct has on the public and the profession."

This article originally appeared in the June 2015 issue of the ABA Journal with this headline: “Mind the Gap: Ethics experts say a new ABA annotation will help courts and lawyers navigate the attorney sanction process.”