Over the years, the ABA has created networking opportunities for members through such tried-and-true vehicles as continuing education programs, section meetings and other activities built around professional growth goals. But now the association is adding something new to the mix that will allow members to network while enjoying some of the leisure pursuits that are most popular among lawyers.

The new program, simply titled ABA Leisure, is focusing initially on wine, golf and travel. Program staff are talking with vendors in all three areas about exclusive pricing and other benefits for members that will include curated wine shipments from the Terlato Wine Group in Lake Bluff, Illinois (co-owned by attorney and ABA member John Terlato), access to exclusive golf courses and locally formed leagues, and private tours with travel experts and ABA-negotiated price discounts.

“The sections gather people together to interact and provide educational programs,” says Lawrence Gill, deputy executive director and chief revenue officer with the ABA. “We’re moving that concept from the professional world to the leisure world. We’re providing members access to people, places and events. Because of the ABA’s position, we are able to negotiate arrangements for members that they wouldn’t be able to do on their own.”

In addition to access and discounts, ABA Leisure will bring the association to members’ local areas, Gill says. “We can bring the ABA home in a way we haven’t in the past,” he says. “And for a lot of people who haven’t been active, this provides a whole new way for them to do so, through leadership positions.”

“It’s that community concept,” adds Kristine Gregorio, the director of special projects for the ABA Revenue Office. “We’ll be building new connections and bringing the bar home to the local level through something they enjoy outside their practice, where they can still connect with other lawyers.” In between events, members will be able to connect on a social media platform based on the three concepts. “Members will be providing valuable information to one another,” she says.

Gill says ABA research has shown that about 40 percent of members play golf and more than half drink wine at least once per week. The association also may develop other concepts based on what members are interested in: general sports activities, for instance, or areas such as health and fitness, music or the theater and other arts.

ABA Leisure unofficially kicked off in February with a golfing event in Houston during the midyear meeting and then held a non-specific networking event in Chicago later that month aimed at raising overall awareness of the program.

Tommy Preston Jr., an economic development and public policy transactional associate with Nexsen Pruet in Columbia, South Carolina, serves as membership director of the Young Lawyers Division, and he is becoming active with the new ABA Wine Club because he’s both a wine enthusiast and enthusiastic about the overall ABA Leisure concept.

“I spend a lot of time coming to ABA conferences. I love that interaction,” he says. “A lot of it is very substantive—participating in CLEs, serving on committees and commissions. This adds a new dynamic to the American Bar Association that I think members will take a lot of interest in. It’s great that the ABA is thinking outside the box in terms of how to engage their members. This is a unique opportunity to make connections with members all over the country.”

As Preston and other members organize wine events in the Columbia area, he can imagine opportunities to meet more lawyers in other practice areas than section get-togethers would afford, as well as the chance to interact with lawyers who he might not meet at state or local bar gatherings. 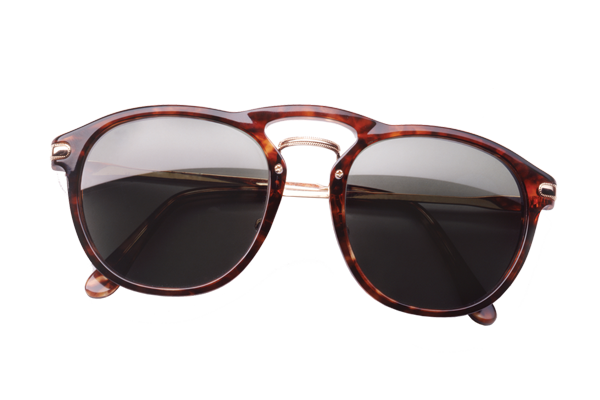 For people who are still paying off law school loans, the discounts that ABA Leisure will help generate will be welcome, Preston says, adding that he plans to leverage his Young Lawyers Division position to spread the word. “My job purely is to articulate the value of the ABA to our association’s youngest members,” he says. “I see my role as helping people see how ABA Leisure is a new member benefit.”

The millennial generation has taken a particular interest in wine and wine culture, Preston says, and he expects the ABA Wine Club to be a hit with lawyers in their 20s and 30s. “They might have seen the ABA as an association for older attorneys who might have been in the profession for a longer period of time,” he says. “With this, they might see it as something cool and attractive that they want to be part of as well.”

Heather Preston, a partner at Kilpatrick Townsend & Stockton in Atlanta (no relation to Tommy Preston), has been involved in building the ABA Golf Community in her area.

“The first and foremost thing it will accomplish, as far as ABA Golf, is a way for people to get out and meet people outside their practice areas in a social situation as opposed to regular conferences,” she says. “As a tax lawyer, I tend to gravitate toward the tax section, and my contacts are limited to those folks. Broadening and meeting other lawyers is good for personal development as well as professional. Plus, it forces you to get out of the office and play golf. We all spend so much time working.”

Although state and local bar associations also bring together attorneys, Preston figures that the ABA will be able to negotiate larger discounts and greater access to courses, golf stores and PGA events. She can also easily imagine crossover events between the ABA Golf Community and the ABA Travel Community that involve jetting to golf resorts around the Southeast and elsewhere.

“They’re trying to put together a golf-pairing project where if you’re traveling to a city—let’s say you wanted to play in Atlanta at Eastlake—and I had a membership, we would make a posting on the website that a local person can take you out to play,” Preston says. “There are opportunities for playing courses that you wouldn’t normally get to, in addition to league play and social, get-out-of-the-office play.”

ABA Leisure is negotiating contracts with the PGA and other national golf groups while creating golf leagues and exploring discounts at courses all over the country, Gill says. He expects the golf program to have statewide leaders and regional vice chairs, while the wine program might be more regionally focused. The travel program still is in its early development.

“This is a new concept for associations,” Gill says. “We are front-runners on this. We assume that if we’re successful, others will follow. There’s kind of a palpable sense of excitement—we talk to people and they get it. There’s a significant amount of support. We are anxious to hear what people would like to do and who is willing to take leadership roles. Because we’re a startup in a lot of ways, we’d like people to get involved. We want our members to create product and service concepts and add enhancements over time. The more it’s known, the more people will want to jump on board.”

This article originally appeared in the August 2015 issue of the ABA Journal with this headline: “Take It Easy: New ABA program adds a leisure element to networking opportunities for members.”